A Collectible GOLD memory from 2004

Staff member
Site Admin
Thread Starter
We have a lot of younger members now in Carpenters fandom, and I've just run across something from 2004 that was a bit of fun and excitement. That was the year of the 35th Anniversary and many of us were buying the 35th Anniversary box set from Japan. But Universal in the US offered something of interest too. The company had released a two-disc CD set called GOLD. The UK had a one-disc GOLD, but the US was getting a two-disc version with "35th Anniversary Edition" printed on the cover.

And the extra-special thing that Universal arranged back in February of 2004 was for 100 sets of these GOLD CDs to have a gold signature of Richard Carpenter on the front, special-printed discs, and a rear-cover gold stamp indicating the # of the 100 sets. Then they sort of randomly placed these sets on eBay, usually five to 10 at a time in random # sequence. So you could bid on #63 for example, and on #45 or #36 or #99 or whatever was offered. Each action had a standard 7-day eBay window and you'd bid and watch and re-bid - whatever.

As I recall, I wasn't in the initial group of bidders, as final price-bids were going through the roof (over $100 for some). And I seem to recall that I waffled a bit. Was it worth it? Most were selling around that $100 mark, but every now and then one squeaked through at a little less of a bid. I waited a week or so and spotted #012/100 with few or no bids for some reason. It could be that the fervent excitement had waned a bit, but I kept an eye on that auction. Ultimately I succeeded and won that #012 set.

Before they were all sold out, a number of the sets were modified to be mounted on a wooden plaque. Since I'd already gotten a standard signed set, I didn't bid on the plaques. If memory serves, our @Rick-An Ordinary Fool got one of those.

Anyway, while rooting through my desk today I came upon the printed "Certificate of Authenticity" that Universal also issued to the bidder/buyer/winners. I can scarcely recall ever seeing any of these being re-sold on eBay. Early on there were a few "flippers" who got one or two and then re-sold them, but as there are only 100 out there, they're pretty rare. Until now, I don't think very many images of these sets have appeared online.

But now I'm going to share my scans of the set, right here: 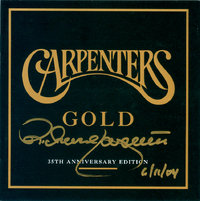 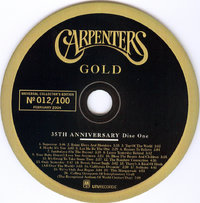 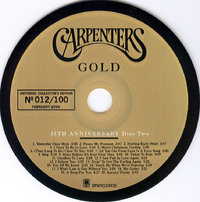 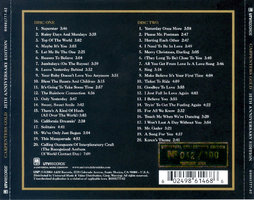 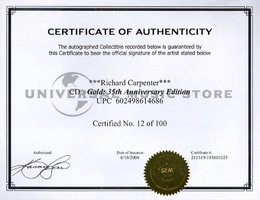 Wow, I had forgotten about those. I couldn’t afford one then, as I lost record store job due to the extinction of the major chains, thanks to the internet. Thanks for sharing Harry.
A

Wow, that is very cool!

Staff member
Site Admin
Thread Starter
It was kind of out of left field that this promotion occurred. It was promoted on the Universal Music website "store", but other than eBay and our own little forum, I don't know who else ever mentioned it.

Staff member
Moderator
I have 009/100, framed. They did a nice job with those and Richard was happy with them.
R

It was in a beautiful framed studio display however I only owned it for a short time lol...I ended up returning it to it’s rightful owner in exchange for something even more valuable. Thanks for sharing your nice scans, this is very rare to see.
A

Harry said:
It was kind of out of left field that this promotion occurred. It was promoted on the Universal Music website "store", but other than eBay and our own little forum, I don't know who else ever mentioned it.
Click to expand...

I do remember it being released. I've got Richard's autograph on a couple of items, but the 'GOLD' presentation looks really sharp. Should have bought one!

Staff member
Site Admin
Thread Starter
I remember when I first heard about these and decided to bid, I expected essentially a stamped insert with a number and Richard's autograph. That would have been nice in itself, but when it arrived and the two discs themselves were specially printed with the numbering, as was the back insert, it felt a lot more special.
R

I was not aware that when Universal was selling these to the public that if you ordered it directly from them that they would engrave your name on a plaque at the bottom. Here is one that someone was selling and the auction pictures have been preserved on Worthpoint’s website. I hope this link works and you can see the photos. I’ve not seen one like this before and did not realize Universal went to that extent by engraving your name on one. I wonder if the price was more expensive based on that kind of sale. Click on the 2nd photo to see a close up of the name engraved, you might have to double click the photo to enlarge.


https://www.worthpoint.com/worthopedia/carpenters-gold-35th-anniversary-677777122
You must log in or register to reply here.