[Note: At this time, am unable to locate the Paul Winter version.]

Thread Starter
This one has the makings of a good three-way shoot out! I like both Claudine's and Pisano & Ruff's versions for different reasons. In addition, Paul Winter normally has unique arrangement ideas and so I'm eager to hear what he would do with a cover selection back in the early days of his "world music" journey. Perhaps someone out there in A&M Corner Land can locate an i-version.

Staff member
Site Admin
I checked Qobuz for the Paul Winter album--no digital version shown there. And Discogs shows it only available on LP. I'm surprised nobody has done a needle drop of it yet. Out of curiosity I might find a copy and see what it's like.

Staff member
Site Admin
I don't own a Paul Winter album at all, but I do have both the Claudine and Pisano/Ruff discs. Of those two, it's a tough choice. Claudine's is a lot livelier.

More amazing about those two albums is that they were both nicely digitized to CD, and that I have them! I never would have thought that the PISANO AND RUFF album would ever see life after LP.

Staff member
Moderator
I remember when the Pisano & Ruff album came out. I was ordering the LPs and tape for our music store at that time. I tried to order it repeatedly having no idea what the heck it might be, I just figured that it HAD to be John Pisano from the Tijuana Brass on there (and really had no way to find out for sure, but it was on A&M so I figured it was a pretty good chance). The album never showed up, despite my ordering it at least 10 times or more. I finally gave up - it must have gone out of print almost immediately. Eventually I got my hands on a promo 45 of "Stop" and "Soon," so it was finally confirmed that it was indeed John Pisano, but I still gave up hope of ever hearing the whole album. Like Harry I was shocked to find it available on CD and wound up liking it quite a bit, although it sounded completely different from what I was expecting.

And of course now it's on YouTube so anybody can hear it anytime for free. People nowadays are missing out on the triumphant feeling of FINALLY finding something you've been wishing for for years.

On this poll I gotta vote for the Pisano & Ruff version. I have yet to hear a Claudine Longet tune that I ever want to hear again in this or any other lifetime.

Staff member
Moderator
I like all three versions, but I give the edge ever so slightly to Claudine. For Paul Winter, I have to rely on memory since I only have it on vinyl and haven't heard it since my last turntable died... but at the time I acquired my batch of Winter's first 4 LPs in one fell swoop at age 15, I was only taken with his version of "The Little Train of Caipira" which is better known to us TJB fans as "The Brass Are Comin'." His early stuff always sounded to me like a medieval minstrel show or reminded me of Renaissance Faire music. I appreciated his sound more as I got older.

Like Mike B. I searched and searched for Pisano and Ruff's Under the Blanket for years with no luck, other than the "Stop"/"Soon" promo 45 which I really liked. I finally found it on CD when I was stationed in Japan about 12 years ago.

BTW, I'm thoroughly enjoying these threads by JOv2! Plus I now know how to torture Mike B! (Bringing all my Claudine CDs with me if I ever can swing a Montana trip) 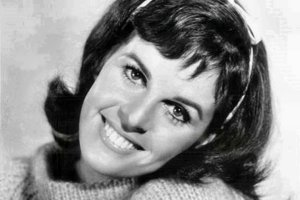 Mr Bill said:
His early stuff always sounded to me like a medieval minstrel show or reminded me of Renaissance Faire music. I appreciated his sound more as I got older.
Click to expand...

His earliest records were jazz-based, and Bossa Nova (one of the first in the country to introduce it). But once he added the "Consort" to his group name, that's when he got into what became known as "earth music" or whatever it goes by. The term "consort," though, actually does stretch all the way back to the Renaissance and medieval times, as Winter was using strings, woodwinds and percussion in a similar way for his own music via the Consort.

Staff member
Moderator
Do we know who does the vocals on the P&R album? "Stop" and "Slim" -- is it Pisano, Ruff, or somebody else? I haven't looked at the credits in years and I don't remember if there's a vocalist listed. I see on the internet that they're both written by Ruff, so maybe it's him.

Upon hearing the CD I remember thinking that "Slim" would have been a better single than "Stop" was. Kind of a Jim-Croce-ish lyric on that one.

Thread Starter
Without hearing the Winter version, I'll have to abstain. I like Claudine's "free 'n easy" version (she records quite well double tracked -- something she should have done more of), and I like Pisano's contemplative approach -- both version well suit the lyrical aim. I've heard enough Winter to know that it would be an interesting listen...

The first jazz station I worked at had a musical director that was wanting to open up the jazz programming by adding blues, R&B, reggae, and something he labelled "pastoral" -- which was how all those boring Windam Hill records were filed. This was 1983 and those late '60s Paul Winter and Paul Horn LPs were loosely grouped with these. I think the common element was the exclusion of amplified instruments and the embracing of non-western, traditional instruments -- particularly reeds and strings (sometime Yusef Lateef found himself here as well).


Mike Blakesley said:
Kind of a Jim-Croce-ish lyric on that one.
Click to expand...

Good call on that. I also wonder who sang on the album. If it was John, then he should have duetted with Herb on a few of those TJB-era singles!

I bought the Pisano and Ruff Japanese-CD based off of Mike's recommendation many years ago. It's a gem! Conjecture tells me it was probably a gift of sorts from Herb to John for all the TJB work he did as a writer and arranger (I'm quite confident John continuously supplied viable arrangement ideas to Herb).

Mike Blakesley said:
Do we know who does the vocals on the P&R album? "Stop" and "Slim" -- is it Pisano, Ruff, or somebody else?
Click to expand...

I've always heard Herb Alpert himself on some of the vocal tracks on this album. All of the vocals sound off the cuff and happening live in the studio at the time the tracks were recorded.

On "I'll Never Fall In Love Again", the very sparse vocals, "...that is why I'm here to remind you" I'm guessing that's John Pisano in the left channel, and then on the next line, it may be Herb Alpert and Willie Ruff in the right channel.

"Slim" sounds like it's probably Willie Ruff double-tracked, so he would have had to have recorded at least one vocal specially.

"The Drifter" really sounds like Herb to me on the scat vocals that open the song. Then John and Herb in the middle of the song, and then a children's chorus with John and Herb. Herb's scat vocals reappear and then the kids again.

"Everybody's Talkin'" sounds like Herb on the left channel as the vocals start at about 1:43, then possibly John Pisano joins in on the right.

On "Stop", it's gotta be Willie double-tracked again.

Staff member
Moderator
I agree with Harry on the "who's the vocalist" theory. "Everybody's Talking'" certainly has a Herb quality to it -- if it's not Herb I'm thinking it's Ruff, only because it doesn't sound like Pisano's spoken voice that I'm familiar with. I also agree this project may have been a "thank you" from Herb to John, post-TJB, for his contributions to the TJB. It may also explain why the LP went out of print so quickly...

Now see, I'm thinking back to the BRASS ARE COMIN' special with Herb and John trying to figure out an arrangement for "Moon River". To me, John Pisano's voice sounded very similar to Herb's - same high-ish tenor range, so I figured he's sound a little like Herb singing. But those places I identified sound like Herb for sure. He was right there producing, so why not?

Harry said:
"The Drifter" really sounds like Herb to me on the scat vocals that open the song
Click to expand...

When I first spun this, I thought the same thing. I really like the casual quality of the vocal here (and also on I'll Never Fall in Love Again), which is reminicent of the first time I Heard Herb's voice (though l didn't know it at the time (when he vocalized the new melody he wrote to Tangerine (WC&OD) , which you could barely hear along side the piano... the whole LP almost feels like a "19th hole" affair: we went from a studio crew...to world wide fame and fortune...and now we're have a low-profile musical nightcap of sorts (Summertime also exhibits the feel).

(Note to Harry or Rudy: My erroneous punctuation in the thread title is quite bothersome (this routinely happens when I transcribe content from Apple 'rtf' files). Would you be so kind as to correct the song title to: Everybody's Talkin' ? Thank you.)

Staff member
Site Admin
At long last, a YouTube video premiere of "Everybody's Talkin'" by the Paul Winter Consort. I just uploaded it from a sealed copy of the vinyl.

This was far and away the most difficult shootout if only because all three are quite good. I do like Winter -- I listened to it twice. His soprano sax against the low-profile strings and the occasional flute are all memorable. I honestly expected him to personalize the piece more than he did; nevertheless, I like the overall gentle vibe. I'd like to vote for all three, but in this case, I'll go with Winter. If Winter's an A, then Pisano's an A-, and Claudine's a B+.
You must log in or register to reply here.