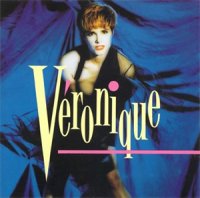 ...I absolutely love this album.

Staff member
Site Admin
Thread Starter
I'm starting this thread about a week early since the Scott Grimes album thread has died down. This is the third of the Richard Carpenter-produced albums of the late '80s. For this one, Richard worked with French-Canadien Véronique Béliveau, who had done a few albums for A&M in Canada. This was her second English language effort after four in French (two for RCA, two for A&M). Here Richard produced and arranged (with Laythan Armor) all of the tracks on the album, and does backing vocals on just about every track.

An interesting note is that on the song "I Want To Get Close To You", there are credits for "Cave people". These are the rather primal non-musical shouts as the song is fading, and you can find Scott Grimes in among the group. That tells me that this was done pretty close in time to the SCOTT GRIMES album.

I discovered this album with the help of good friend Murray, and I do really like it. After many plays though, my favorite track remains "Just Another Dream".

I need to get this out and give it another spin, then I'll vote later it's been years since I heard it....what is she up to these days, still recording?
R

I have listened to this CD today and I would have to say my favorite track would be "A Touch Of Paradise" mostly because of the backing vocals from Richard it sounds like something Carpenters could have recorded had Karen lived to the late 80's. I also love the instrumental medley line from 2:30 to 3 min mark.

Check out Richard's backing vocals, I love hearing his backing vocals on this one.
My 2nd favorite would be the ABBA track, "One of Us" although nothing beats Abba's version, I do like Veronique's take on one of my most favorite Abba tracks.

It appears this was also released on LP, does anyone own that one?

Staff member
Site Admin
Thread Starter
Yes. I have an original LP and CD. About a month ago I spotted a cassette version on eBay, but didn't buy it.

I think there is a sealed LP out there now.

Staff member
Site Admin
Thread Starter
Looks like that sealed LP ended without a sale. Only 9.45 too.

It could be they will re-list it...something about the size of the LP really shows off the beauty of the artwork, huh? I miss those days. Is there an inner sleeve with lyrics for the LP?

Slightly off topic but did Akiko's City of Angels ever make an LP release?

Chris-An Ordinary Fool said:
Is there an inner sleeve with lyrics for the LP?
Click to expand...

Mine has just a plain white inner sleeve. The credits for each track are listed on the back since there's more room. The same info on the CD is spread over a tri-fold insert.

I have no idea about Akiko's album whether it was ever an LP. It wasn't A&M, so there's no correlation there. Scott Grimes album is available on LP. Don't have that one (the CD is enough!).

Why exactly was 1989 the year that Richard produced all three albums? Did they just happen to work out that way?

Richard arranged the whole album right? It just doesn't really sound like his work/sound, maybe it's him adjusting to her usual sound?

Charlie D said:
Richard arranged the whole album right? It just doesn't really sound like his work/sound, maybe it's him adjusting to her usual sound?
Click to expand...

No it sounds I believe the way Carpenters records might have sounded in the latter part of the 80s. Richard's backing vocals are *very* trademark Richard.

Harry said:
No it sounds I believe the way Carpenters records might have sounded in the latter part of the 80s. Richard's backing vocals are *very* trademark Richard.

I haven't heard the whole album but from I've heard it sounds very generic, 80s arrangements and production. I think that Akiko's album is much more what a late 80s Carpenters album would sound like - it feels both contemporary of that time and still fresh today, like the best Carpenters material. I can't say the same for Veronique's album from the parts I've heard.
C

Can someone please upload "All Those Years Ago" on YouTube? I really want to hear the studio version and it's not on there.

Chris-An Ordinary Fool said:
It could be they will re-list it...something about the size of the LP really shows off the beauty of the artwork, huh? I miss those days. Is there an inner sleeve with lyrics for the LP?

Slightly off topic but did Akiko's City of Angels ever make an LP release?
Click to expand...

Yes, Akiko's City of Angels was on LP. I have it, and then later I found it on CD.

On this album,
One of Us (Benny Andersson/Björn Ulvaeus), a great Abba song.

Perceptions surely have changed in the interim 1978 to 1989:
Richard Carpenter regarding Abba's Thank You For The Music:
"A terrific song and even better record, but, of course, nobody does ABBA like ABBA.
I was really taken with that song.
We first heard them perform it on a highly popular music program in Europe called " Starparade" on which we were both performing in Bremen, Germany, 1978.
We laid down a track, but the more I thought about it, I realized that, as usual, Benny and Bjorn had done the definitive arrangement and all I'd be doing was copying it; something I just don't do, of course. It's an outtake, never completed and in storage with the rest of the stuff in Pennsylvania."

Staff member
Site Admin
Thread Starter
I suspect that Véronique herself had some input as to what songs she wanted to do on this album.

Very similar arrangements between the Abba and Veronique renditions of the song, One Of Us.
Or, do my ears deceive me, yet again?

I found the 12-inch LP single for "I'm Gonna Make You Love Me" a few years ago (as far as I know this is the same single that Grant-Guerrero shows on his website in CD form, but I've got it in LP). The accappella track was really interesting, as you could hear Richard's backing vocals, which were kind of covered up in the album mix. Unfortunately I haven't been able to find the actual album so I don't know what the rest of it sounds like, but the LP Single I could see DJ's at dance clubs really using as a dance number, as when I play it it's got that really deep bass that you want for dancing.

Notice the timings of the four tracks are all in the 3's, just under 4 minutes. Now compare that with the 12" single I've placed on YouTube:


You can see that the English Rap version is 7:01 and listed as an Extended Mix. The same thing happens on the second side.

My favorite track is "All Those Years Ago" but I only wish it had an added bridge or something because it's so beautiful and it feels too short. Of course it's the most Carpenters-esque track so it feels very timeless and different from the dated 80s sound of the rest of the songs. I wish that the two did a whole album of those lovely ballads, her voice sounds exquisite with Richard's arrangements and showcases her voice in a way that the up-tempo pop songs don't.
A

I've got this CD somewhere, but haven't seen it for years! (Thousands and thousands of CDs to hunt through). 'A Touch of Paradise' was a hit for John Farnham in Australia in 1987, (although it wasn't one of his biggies). John Farnham is like the great Australian hero here, equivalent to whoever is the quintessential American singer over there. I think one of his CDs sold over a million copies here, despite there only being about 26 million people in the entire country! Funny that Veronique also includes 'One of Us', originally by ABBA. (ABBA's 'Best Of' sold over a million copies in Australia back in the mid-seventies, when the population was only 16 million!) ABBA were on a major downward slump by the time they released 'One of Us' and it only reached No 48 nationally, whereas 16 of their other songs reached the Top 10. (Six Number Ones). Possibly a bit off track here!

Getting back to the Veronique album, I'll have to try and dig it up and listen to it again, before I can comment on it. Speaking of Veronique the artist, I found another one of her CDs in Japan last month. I haven't listened to it yet. It's one of about 150 CDs that I brought back!

I cannot find the studio version of Veronique's vocals on "All those years ago". I can't imagine it would be too different from the live clip I've seen.
I like the song! I agree it does feel a bit short, but it's done beautifully.
I've heard the leaked version done by Petula and of course Richard's own instrumental version.
It's one of the last original songs Richard put together.
I think it alleviates some curiosity to think about the ideas he must have had floating in his head for decades now that never got a chance. At least this is one song that came through.
You must log in or register to reply here.