"I'm Gonna Make You Love Me" was first done by Madeline Bell on Phillips Records in 1968. 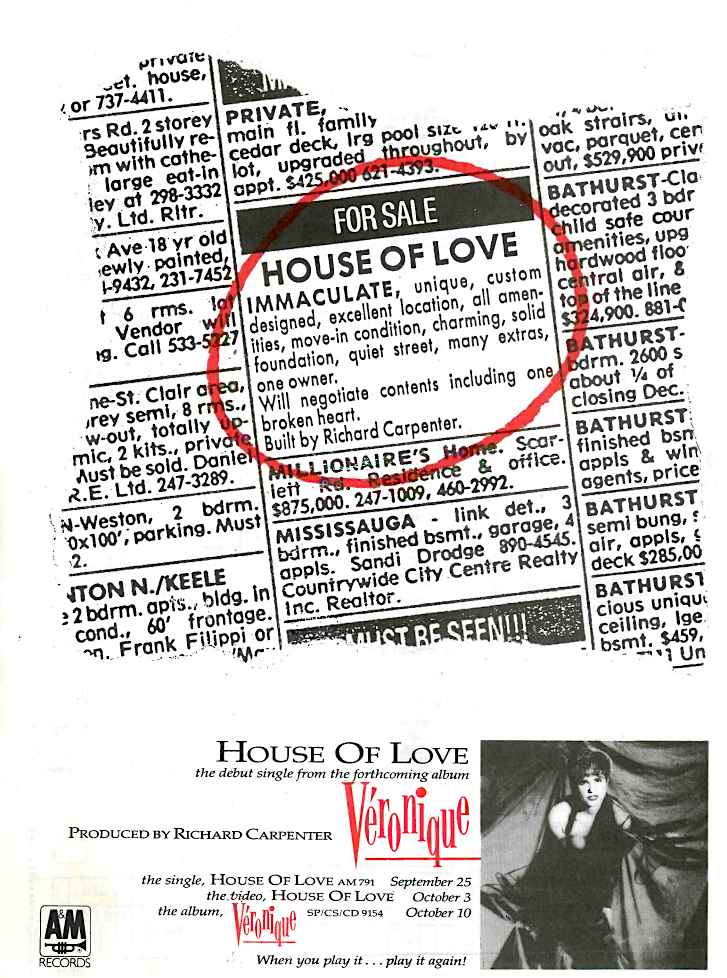 Interesting how it was coming out around the same time as “Lovelines”. It’s too bad that the album flopped, because it is great album, and it’s interesting how with Karen’s solo tracks, both “Veronique” and “Lovelines” have tracks that are very different from Richard’s 70’s output.

Thread Starter
Staff member
Moderator
In case anyone cares, I just found a "House Of Love" single 45 and it's a little shorter than the album track. There's a 3-second opening on the album cut that's just percussion. That was chopped off. And then the thing fades early to be silent by 4:04 or so, even though the timing is given as 4:08.

To make an exact duplicate of the single, you'd also need to speed the album track up by 0.4% to match what's on the 45. That's not uncommon as singles were often sped up just a little bit to sound "better".
You must log in or register to reply here.
Share:
Facebook Twitter Pinterest Email Link
Top Bottom