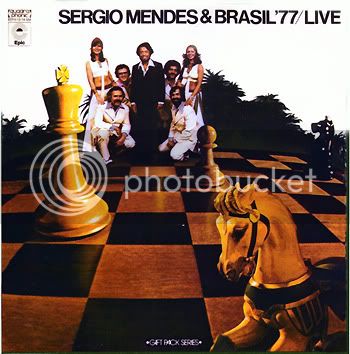 Album released in various places around the world as single discs with a different track order and different selections, including: 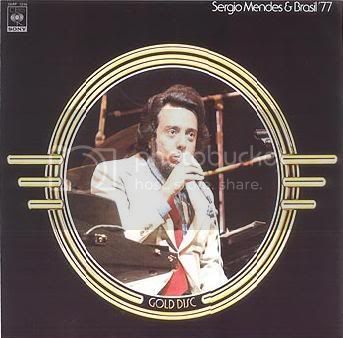 Staff member
Site Admin
Thread Starter
One other album from Sergio in the '70s that is a bit of a mystery to some (including me) is a live album performed in Japan and released several times under different titles, with different lengths, and track orders. I believe it was originally a two-LP set with the chessboard cover pictured above and then later pared down to single albums, but I could be wrong. From what I could learn, the chess cover-two LP set may have been released as early as 1973, but I can't confirm it, as I don't own it. The concerts appear to have been recorded in 1973, so I guess it's possible.

My copy is the single disk GOLD DISC album pictured above which has a 1978 date on it. Other forum friends have sent me copies with different track lists.

For reference, the track list of my single disk GOLD DISC is:

A CD-R sent to me by old forum friend Paula was titled CARNIVAL: LIVE IN JAPAN. It contained an additional track called "Jogo de Roda Manha de Carnaval", but it's length is 6:39, so I must be missing some "Carnival Sounds" as listed on the two-disc track listing.

Another CD-R sent by another old forum friend Jean-Carlo was titled GOLD DISC, but it only contained a different grouping of some of these same 11 tracks.

The one track I'm missing appears to be "Come Over My Love", which I've learned is an English title for a Japanese song. I'd love to hear it someday.