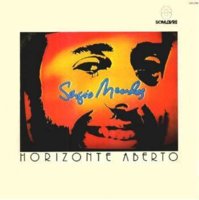 Album also released in 1980 in various places around the world as ALEGRIA! with a different track order 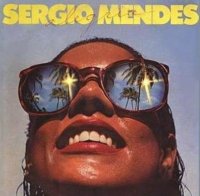 As one of my discoveries through A&M Corner, I cannot praise this album highly enough. Until checking in here, I'd never heard of it or knew of its existence.

Then I began to see it on lists published here of albums by Sergio Mendes, but in those early days, tracking such things down was quite a chore. You couldn't just "Google" it and come up with a zillion links about the album.

No, there were other, more primitive search engines that were hit or miss as far as coming up with any meaningful information.

Thankfully, friend/member Paula found a copy and sent me a cassette copy. (Cassettes were about the best way to do that in those days.) And I remember getting it in the mail and deciding to listen to it on my ride into work the next day. (Cars had cassette decks in those dark pre-historic days!)

With each track I was more and more delighted with what I was hearing. After slogging through some of the Elektra albums of the era, I was sure this wasn't going to be any better, and boy was I wrong. Song after song reminded me more of the old Brasil '66, and I remember thinking, "Gee about the only thing that could make this album any better would be if Sergio did a version of 'The Sea In My Soil'", since I loved that track on Herb's WARM.

Sure enough, the very next track was "O Mar E Meu Chão" which is indeed that song, only at that time I was unaware of the Brazilian title. And it all just blew me away.

Even Sergio's singing on this album was pretty good to my ears, and it quickly vaulted to the top of my favorite Sergio Mendes albums, where it remains to this day.

Needing something more official in my collection, I sought out getting an official copy from somewhere. And dear friend Paula managed to scout up a copy with one of her Brazilian sources of a fairly beat-up promotional copy of the LP. Still, I was happy to own it officially.

Then another forum friend came through by spotting the fairly rare CD version sitting in a store window, and graciously managed to get it to me, where it remains a prized possession.

Picking a favorite track will be difficult. They're all THAT good IMHO.

I urge all Sergio Mendes fans to find a copy of this album if they've never heard it. It's a little easier now to find these rare treasures.

Industry Member
I agree. Some great stuff on this album....

Contributor
Awesome album. I had an extra cd and gave it to the Brazilian who painted our house. He loved it and said it brought back forgotten memories of his childhood.

Well, this is one album I certainly have never heard... It's definitely way off Sergio's beaten path, but from what you're saying it sure must be a "must hear"!

At this point, you'd think a domestic label would be supportive in maybe reissuing this album, if not for the sake of making it more available...

Staff member
Moderator
I continue to be surprised this album is so obscure. I don't quite understand why MAGIC LADY gets a reissue but this great album does not!

Industry Member
True - it's out there on CD but someone needs to keep it in the marketplace.....he still does "Ultima Batacuda" and "Fato Consumado" in his live show (plus a snippet of "Milagre").

Thread Starter
Staff member
Moderator
It would be a perfect album for an outfit like Collectables or Collectors Choice to reissue. If the Brazilian titles are scaring them away, they could use the translations that appear on the ALEGRIA version.

Contributor
I'll assume that "another forum friend" falls into that same "and the rest" category that the Professor and Mary Ann did on the first season of Gilligan's Island.

JMK said:
I'll assume that "another forum friend" falls into that same "and the rest" category that the Professor and Mary Ann did on the first season of Gilligan's Island.

Yes. Vague, but then the Professor and Mary Ann knew who they were, didn't they?

The song "To Voltando" from the TV special

Dave, if you haven't heard any of it yet here's a taste, from the even rarer Sergio HORIZONTE TV special which aired only in Brazil. Gorgeous Gracinha!
L

Thanks Tulita for posting "To Voltando." It's a smooth as silk samba that swings and sways beautifully.

Thread Starter
Staff member
Moderator
The album just gets better every time I listen to it, and the songs float around in my head unlike any other Sergio Mendes recordings.

If they ever re-release this, I hope it's "Horizonte Aberto" and NOT "Alegria". Alegria is a bad remix (done in L.A.) for the European market. I tossed Alegria in the trash right after listening to it (it was an old beat-up copy I found in the dollar rack). The only interesting thing about it is the English vocal track for the song Horizonte Aberto.

I realize that people tend to like the version that they hear first. But, man, I'm glad I was "raised" on the original.

BTW, the Horizonte Aberto CD sounds good... another company ought to just re-release it as it is!

Staff member
Site Admin
Good or bad, they really could do a two-fer CD with both versions of the album, the original first and the remix second. That would keep both sides happy.

Thread Starter
Staff member
Moderator
After all this time, I finally managed to track down a vinyl copy of ALEGRIA! that wasn't beat up. Every time I looked in places like eBay, all I ever saw were copies listed in varying shades of awful, like "Good minus". It was never a huge priority since I've got one of those rare CD copies of HORIZONTE ABERTO, but I was curious about the English language version of the title track.

A week or so ago, I found a copy of ALEGRIA! on eBay in Great Britain. It was listed in "Excellent" condition, and with the exchange rate and shipping, it was pretty pricey for an LP, but as it was a missing piece to my Sergio Mendes collection, I decided to spring for it.

Just now I listened to "Nowadays (There Was A Time)" and found that Gracinha did a really nice job with singing the English lyrics, just as she did with the Portuguese on "Horizonte Aberto". The backing track sounds the same to me. I've not delved into the rest of the album. Am I to understand that there was some kind of remixing done to it? What should I listen for?

Thread Starter
Staff member
Moderator
Answered my own questions. Yes, it appears that the ALEGRIA album is a subtle remix of HORIZONTE ABERTO. Every track has just a slightly different feel to it - sometimes a part buried in one version is more forefront in the other, and the "Horizonte Aberto" track is renamed and resung as "Nowadays (There Was A Time...).

I'm having a good time with this, after years of the Brazilian version, it's fun to hear it in a little different light. The credit lists:

Staff member
Site Admin
I'll have to ask Geoff about this album the next time I see him. He might remember a few mix details.

Industry Member
So is the Alegría version of the album available on CD? (Forgive me if someone's already discussed this.) I only know HORIZONTE ABERTO and would be fascinated to hear the title song in English.....

Thread Starter
Staff member
Moderator
As far as I know, only the HORIZONTE ABERTO version was released on CD. ALEGRIA was apparently the title in a number of countries that issued the album and I don't believe any were ever released on CD.

Here's a link to the "Nowadays (There Was A Time...)" version of the original title track: soundcloud.com/user168790928/07-nowadays-there-was-a-time

I find it curious as to why this album has remained essentially buried for all these years, when in fact it's among Sergio's best.

Staff member
Site Admin
Quiet Nights is another one I like that is underrated and nearly forgotten. I'm finding I like a lot of Sergio's work away from A&M--there is a lot more good music out there (aside from some of those Atlantic albums with all the strings). The early stuff was more jazz oriented, and some of his "pure" Brazilian albums rank among his best (up there with Primal Roots).

Thread Starter
Staff member
Moderator
I found yet another iteration of this album in Japan: 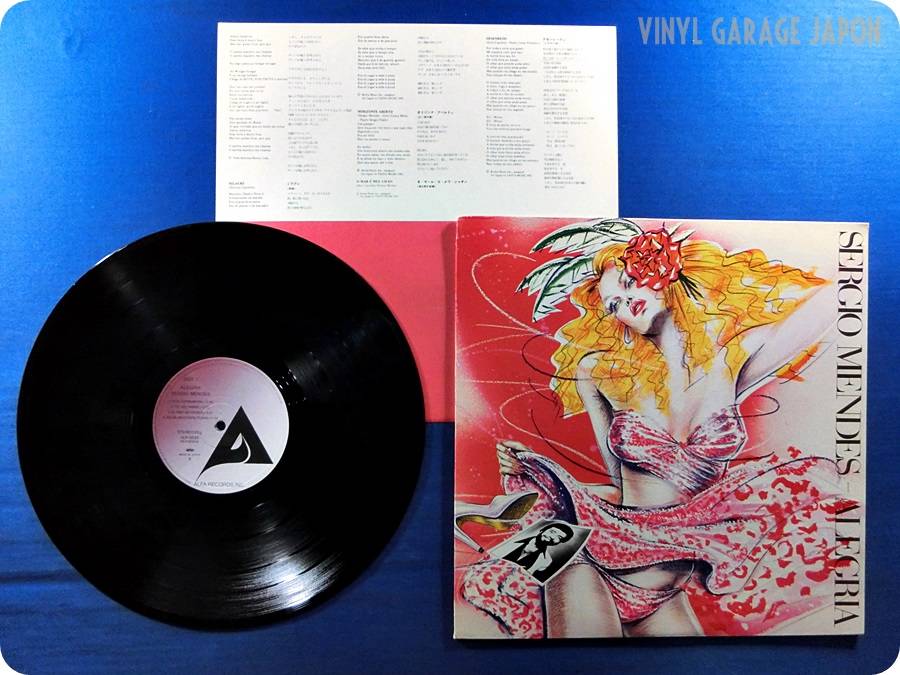 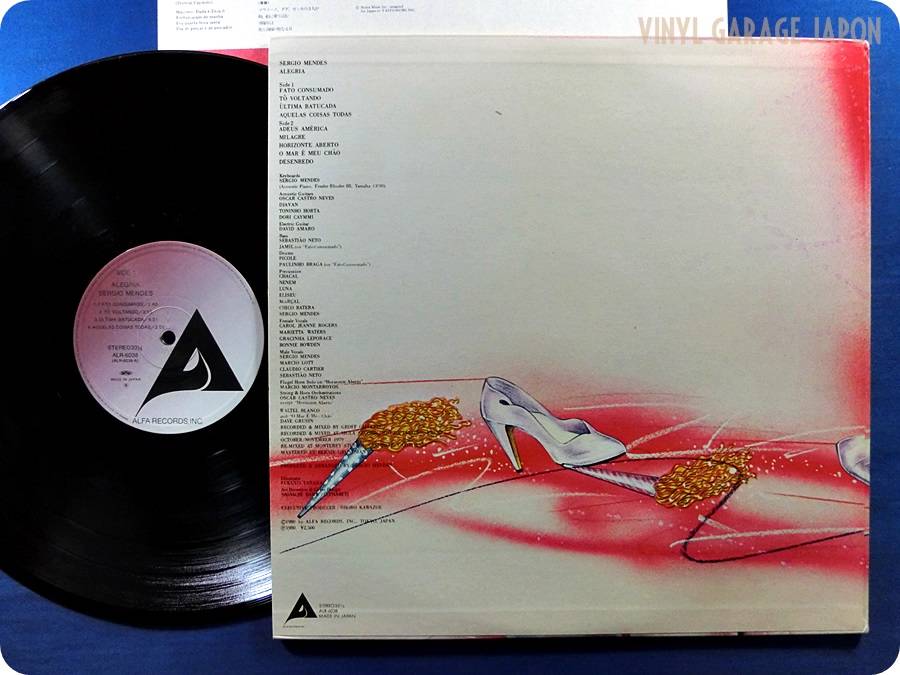 A Japanese seller had two of these, and I just grabbed one of them. Supposedly in great condition - we'll see.

Staff member
Moderator
You know, Sergio performed "Fato Consumado" on stage and I always wondered why he hadn't recorded it. I then encountered a copy of "Horizonte Aberto" in the import section of my local Tower Records and bought it right away. Lo and behold, there was "that" song -- "Fato Consumado" -- he had been performing for years. I was so happy to finally have it on vinyl.

Rudy said:
Quiet Nights is another one I like that is underrated and nearly forgotten. I'm finding I like a lot of Sergio's work away from A&M--there is a lot more good music out there (aside from some of those Atlantic albums with all the strings). The early stuff was more jazz oriented, and some of his "pure" Brazilian albums rank among his best (up there with Primal Roots).
Click to expand...

I have only heard snippets of Quiet Nights and would love to one day have a copy. From what I read, he was pretty upset the label released it, as it was intended for purposes other than being an actual album.