Thread Starter
...there's a 50-cent incentive in it for the consumer!


Save 50 cents on your next purchase of any one of the following A&M (CT) Series Long Playing Albums.​
Given that Wes Montgomery appears to be the first entry -- and he was far and away the best selling CTi artist at that time -- I'm guessing that the whole catalogued was up for the discount. Wish I could make out the "OFFER ENDS..." date. I'm going to guess MARCH 31 1971. 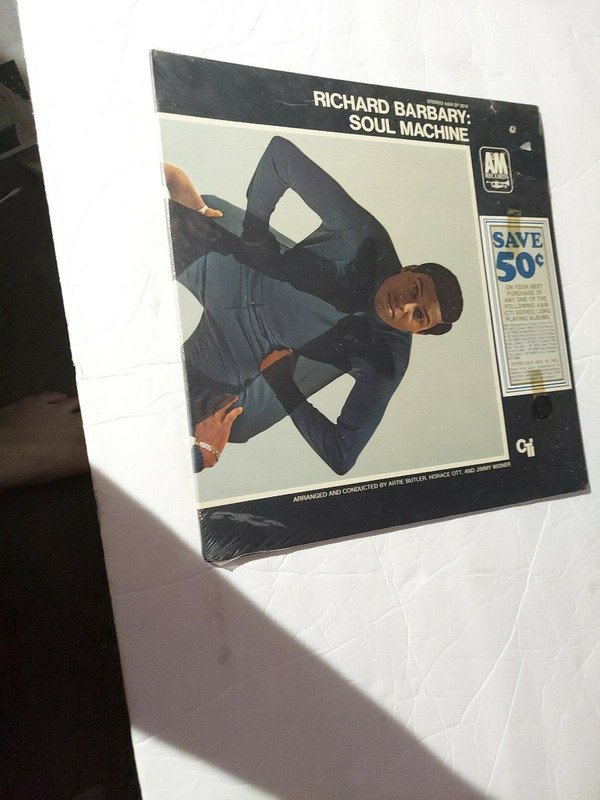 Contributor
I'll have to look at this on my big computer at home, but I think that's right.

Michael Hagerty said:
I'll have to look at this on my big computer at home, but I think that's right.
Click to expand...

Staff member
Site Admin
Of all the things I wish for--to have been able to buy all these records new, back in the day. But I think for me, a full time job was well over a dozen years away at that point.

Those hype stickers back then are always a hoot to read, just like some of the innersleeves that promoted the label. I think Stan Cornyn topped them all with his Loss Leader innersleeves for Warner Bros.

Rudy said:
think Stan Cornyn topped them all with his Loss Leader innersleeves for Warner Bros.

I think Stan just topped 'em all...period. Whenever he wrote the liners...I just fastened my seatbelt and held on with both hands to prepare for that blind curve at 82MPH in a '71 Pinto.

I have practically given up hope of ever getting the Kai and JJ albums released on CD.

rbisherw said:
I have practically given up hope of ever getting the Kai and JJ albums released on CD.
Click to expand...

And ironically, the title most likely to be reissued would be Stonebone, just due to Universal unearthing it for a vinyl release in recent years. The Tamba 4 came out on digital (not CD, but at least as a download, which could be burned to a CD if needed) the June following its November release the previous year.

Sadly the era of releasing CD issues is passing us by. Downloads cost so much less for the labels (no marketing, production, manufacturing, packaging or inventory costs) that it makes sense that they could release these a lot more readily when the titles are marginal sellers. The one area I would think CD reissues have a chance of happening is in Japan, where they are more open to collectible items. But the other problem could be that some of the masters were lost in the big 2008 Universal Music barbecue.

I won't give up hope! I mean, the two Nat Adderley A&M/CTi recordings were released digitally just recently. So anything is possible.
You must log in or register to reply here.