Thread Starter
Staff member
Site Admin
I may have posted this before, somewhere, but this is a local store of ours. Shop owner has a bit of a sense of humor. 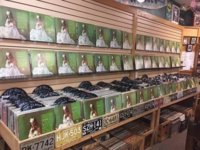 Staff member
Moderator
But do they have any REWHIPPED? 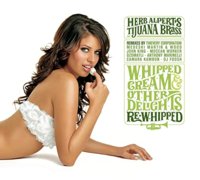 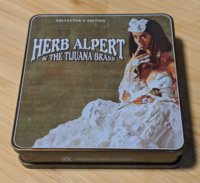 Thread Starter
Staff member
Site Admin
Those Whipped Cream LPs are kind of the butt of record store jokes--it's kind of like Eagles Greatest Hits in that they seem to multiply in the bins.

One store I used to frequent was a bit negative towards any of those TJB records--the owner took great joy in carting them out to the dumpster. Which may have been facetious since that was the same store I found sealed TJBs at, including a couple of Deutches Gramaphone pressings. But I do imagine that like many stores, they often buy up entire lots of records from collectors who have passed, or from estates with a lot of records that are in poor condition, and there is no sense in keeping anything they can't sell. (Yet the estate sale companies would take those same trashed records and throw a $2-$5 price tag on...I've seen it!)
You must log in or register to reply here.
Share:
Facebook Twitter Pinterest Email Link
Top Bottom