Mr Bill said:
Please cite your sources, Rudy! The inclusion of the Blue Lady with Red Roses (obviously a reference to a cut on the previous LP) always threw me off here...
Click to expand...

All I remember of the night I first heard about this was the result of a lot of cheap tequila, a hot/humid streak of weather when the AC was busted, something about hot water and white towels, a punched out Galaxie 500, a hula skirt, and some unexplained rash that took 3½ days to quit itching...


Harry said:
I've owned this album now for something just under 20 years when Rudy sent me a bunch of ~$5 sealed BMB albums.
Click to expand...

Those were the days (wait...what?...did I send that one too?). A store just a half mile down from our office occasionally had sealed A&Ms from the early years. And cheap, too. I don't think I paid over $5 for any of them, even a couple of the sealed Deutches Gramophone versions. 20 years on, the records are harder to find, are more expensive, and the used ones are often in too ratty of a condition to be playable.

Mr Bill said:
The inclusion of a goldfish, frog and shark in the art leads me to think, the Gnu and Gazelle had had different titles at the time the art was created... I suppose maybe the back end of a gazelle is at the very right edge of the cover, but the tail and hair are more reminiscent of an alpaca or goat IMHO...
Click to expand...

Good eye and great analysis. I just picked up on the Enchiladas and Other Delights on the food cart, myself!


Rudy said:
The lady wrapped in the snake is named Florence M. Gazelle...
Click to expand...

You actually had me going there until the second line.


Mr Bill said:
Blue Lady with Red Roses (obviously a reference to a cut on the previous LP)
Click to expand...

JOv2 said:
You actually had me going there until the second line.
Click to expand...

Well I was hoping that was the true story...don't want to live my life in a lie.

This was a hard choice for me voting for my favorite I voted For Las Mananitas it was a toss up between that and El gazelle. Swan waltz. Gnu Bossa nova. The title song And Yellow Bird. This Whole Album was So Good I have it in both Mono and Stereo and like everything else I have on vinyl they made Superb needle drops Herb's contribution to Las Mananitas was the main reason for my vote and that it is still one of my Heartfelt Favorite songs of all time
A

Could not decide but I picked "Last Of The Red Hot Llamas" over the title track.

Rudy said:
My favorite BMB tracks are the originals from Julius and the group members. One of these days, I may construct a playlist of all of those tracks. Given the BMB's penchant for clever titles, I'd probably call it "Homegrown."

There was a CD compilation of mostly "homegrown" titles that was put out under the Rondor moniker to promote the homegrown songs for use in movies and commercials and such. It's that one called "I'll Marimba You" but it's not that easy to find. It's biggest flaw is that the tracks were sourced from needledrops - and they weren't all that good. I managed to find one of these a couple of years ago and actually did my own remaster from cleaner tracks. So, if nothing else, it's a good track list. 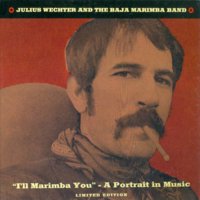 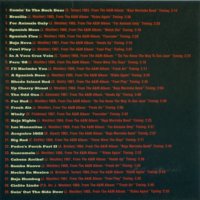 I believe there is only one real "cover" track on here, "Windy", arguably one of the better ones the group did. There are a couple of P.D. songs that Julius arranged.
B

I have this CD but somewhere in the middle the tracks start to skip.

Thank you, Harry! Being a Harpers' fan, I'm embarrassed at my oversight with this for 40+ years. I simply never made the connection. A million thanks!!

JOv2 said:
Thank you, Harry! Being a Harpers' fan, I'm embarrassed at my oversight with this for 40+ years. I simply never made the connection. A million thanks!!
Click to expand...

Hey, I've had that album around here for fifty years and never noticed that "Las Manañitas" was on it! Something led me to that album yesterday and I spotted it. So I guess I was pretty clueless too!

About 25 years ago, I happened to see Dick Scoppettone (whose likeness is on the right side of the above photo) in a San Francisco club and said "hello". He was with his wife and they invited me to sit for a spell. Dick was very nice and unassuming. I thanked him for the wonderful music he and the group issued and happen to mentioned that the group's 2nd LP monaural mix was quite different than the stereo version. He acted surprised to hear this and offered that younger people come up to him from time-to-time and mention unique attributes about this and that of which he wasn't aware... One thing he did offer was that the group didn't play their instruments on their own LPs. Although today this is common knowledge regarding many of the LA bands (notably, 1964-68), but back in the early '90s such knowledge was not widespread. I mentioned that The Secret Life of Harper's Bizarre was my favourite of the group's 4 LPs, to which his wife seemed quite happy to hear. We exchanged a few e-mails back in the day -- which was the "innocent" good old (i.e., pre-social media) days of the internet!
You must log in or register to reply here.