Thread Starter
I was quite excited to see Sergio & Bebel Giberto in concert at the Mayo Performing Arts Center in Morristown NJ on Tuesday. I admit I was a bit disappointed to learn that they would not be performing together, as I hoped, but that Bebel would do a 45 minute-hour long set , then a twenty minute intermission, them Sergio, Gracinha & Co. would go on.

I had not heard Bebel live before and she was lovely, simply dressed and accompanied by just a guitarist and keyboard plater. What was interesting was the number of early Brasil '66 she performed: "O Pato" , "Só Danço Samba" , "Wave" and "Goin' Out of My Head" (I think there was one other, but if so, it escapes me) .

Sergio's high powered set (with Gracinha and Katie Hampden) that followed was a bit shorter than usual, opening with "Magdalena", killer renditions of "Roda", "Waters of March" (in English and Portuguese) and "Upa, Neguinho". Then came a Sergio monologue about Will.I.Am. coming to his house and wanting to record with him... (my heart sank) ..a rapper (did not get his name) came on with the rap version of "The Frog"....the audience, (consisting mostly of 50-and-up folks like myself) did not seem thrilled and gave only polite applause. , then we had the long Brazilian percussion segment, then Gracinha performed a new, churning ballad I had not heard before by (Damn ...forgot the man's name. A famous Brazilian composer I don't think Sergio has recorded anything by) which I assume will be performed on the new album (whenever it is released) Brought out the rapper again for "Berimbau" ("Enough with the rap!" muttered the woman next to me) , Sergio inserted a snatch of "Brasil" by Ary Barroso (on the new album???) then "The Look of Love", "Fool on the Hill" and the rap version of "Mas Que Nada" (I left in the middle of that to catch my train back to NYC - I heard from another concert-goer on the platform there was another encore, but they don't know what it was...don't know if Bebel came out for it. I would have loved to have heard her sing with Sergio)

Mixed emotions about the concert. Sergio's sets have become fairly predictable. He needs to mix it up and do something 'unplugged' like the "Upa Neguinho" with Lani and Karen in that French clip on YouTube). Bebel Giberto's low-key set captured more of the cool groove and smooth sexiness of early Brasil '66 more than anything Sergio did.

Thread Starter
I wish Sergio would have a concert like this:

I agree with your reaction and the audience's reaction to a current Sergio Mendes concert. When at least a third of all those great Brazilian songs he performs have rap arrangements, l can skip those expensive concerts and rather relax and listen to the his original classic recordings at home with a couple beers and a bowl of popcorn. It's a pity, as he performs a lot in Southern California where I live. "Mas Que Nada" with rap? Come on Sergio, you can do better than that!!

TulitaPepsi said:
Bebel Giberto's low-key set captured more of the cool groove and smooth sexiness of early Brasil '66 more than anything Sergio did.
Click to expand...

I still haven't had a chance to see Bebel perform yet. And I'd heard about this series of gigs that are being referred to as a "60th anniversary of Bossa Nova" series. That may explain why Bebel knocked out a few of those earlier tunes. I'm glad someone here got to see it.

They are performing a few west coast dates in the near future, but that's the extent of it.

Not crazy about the hip-hop myself, but I figure if Sergio's having fun with it, I won't knock it too much.

The album Timeless may have crossed over, but I doubt hardly any hip-hop fans decided to get into Sergio's deep catalog. In other words, I doubt there was anyone in the audience waiting for those tunes. 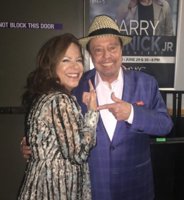 Thread Starter
Darn, missed "Pais Tropical"!
You must log in or register to reply here.