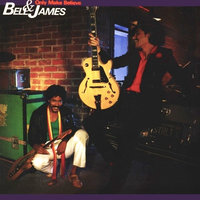 Industry Member
Shouldn't that be the Jones Girls? (Unless of course it was a low-budget production and could only afford one of them

Staff member
Site Admin
This album was such a disappointment--very fine musically, and "Livin' It Up (Friday Night)" was a major dance club hit (one of the first 12" singles I bought BTW), but I don't know if radio just didn't like this one, or A&M did nothing to promote it. I never heard any of these tracks on the radio when the album was released.

Maybe if those other Jones Girls were in the group, it would have made the big time.

Staff member
Moderator
Thread Starter
Here's the source which credited "The Jones Girl." I don't own a copy of this LP:

Staff member
Site Admin
Mine is buried in one of 14 boxes of LPs in the basement, so I can't check it here. Maybe my "twin" can check--he probably has this one...

Industry Member
My comment was just a silly joke - but thanks to Wikipedia, I now know the Jones Girls of R&B fame didn't start doing their own albums until the later 70's but did session work before that, so this would have to be them. I found other sites for this album that included all of the girls, such as this one:

Staff member
Site Admin
You never know--with Bell & James being a new(er) act, they very well could have only afforded one Jones Girl.

You're right though, it turns out it's just a typo on the one site.

Staff member
Site Admin
I've uploaded the complete album and attached it to the first post in this AotW entry.
You must log in or register to reply here.