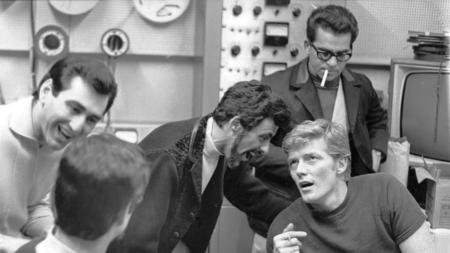 "He was surely one of the most creative people I ever worked with," Valli said Friday. (Michael Ochs Archives)

Bob Crewe, who died at 83, co-wrote 'Big Girls Don't Cry' and other hits for the Four Seasons;
Bob Crewe, who has died at 83, was portrayed in the film and musical 'Jersey Boys';
Bob Crewe — the songwriter and producer behind dozens of hits, including standards like "Sherry," "Big Girls Don't Cry" and "Can't Take My Eyes Off You," which boosted Frankie Valli and the Four Seasons into pop posterity — died Thursday in Scarborough, Maine. He was 83.

Crewe, a four-decade resident of Los Angeles, had been in worsening health since injuring his brain in a fall four years ago. In 2011 he moved to Maine to be closer to his brother, Dan Crewe, who confirmed his death. 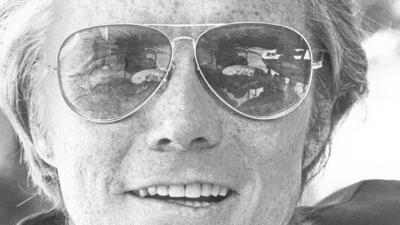 Songwriter-producer Bob Crewe co-wrote the hit "Lady Marmalade" for LaBelle in the '70s. (Los Angeles Times)
With no formal music training, Crewe parlayed natural talents into a long and successful career, helping to advance the fortunes not only of Valli and the Four Seasons but also Mitch Ryder & the Detroit Wheels, Bobby Darin, Lesley Gore and Oliver.

Most of Crewe's songwriting hits were in the 1960s, but the 1970s brought one of his last chart-toppers, the soul hit "Lady Marmalade" for Patti LaBelle, Nona Hendryx and Sarah Dash of the vocal group LaBelle. The song, written with Kenny Nolan, launched a sexually suggestive line — "Voulez-vous coucher avec moi (ce soir)?" — into the vernacular of a generation.

"He was an enormous talent," Valli said Friday. "He was making records from the early '50s to the '60s and '70s. He had his own record company for a while. Sometimes I wonder if the industry really realized what a talent he was. He was surely one of the most creative people I ever worked with."

Crewe, portrayed in the movie and Tony-winning Broadway musical "Jersey Boys," frequently collaborated with Bob Gaudio, the singer, songwriter and keyboardist who was one of the original members of the Four Seasons.

Although Crewe couldn't play an instrument or read music, "he sort of had a way of painting a picture of what he wanted," Gaudio told The Times. "He had a way of communicating with people — and they got it. He'd say, 'I want to hear some blue streaks here.' He's noted in the show as saying, 'I want to hear sky blue; you're giving me brown.'"

He had a way of communicating with people -- and they got it. He'd say, 'I want to hear some blue streaks here.' - Bob Gaudio
Often he "would sing the tune and the parts for the musicians. He would hear a horn and sing the horn part," said Dan Crewe, who helped run his brother's music companies.

With his unusual approach to composing, Bob Crewe, who was inducted into the Songwriters Hall of Fame in 1985, developed a style that resonated with millions.

"Crewe's productions for the Four Seasons (and some of his other artists) always had thick but cleanly recorded percussion, sometimes in an almost military-cadenced stomp," as in "Walk Like a Man" and "Rag Doll," Richie Unterberger wrote in Crewe's biography for Billboard magazine.

Crewe was born Nov. 12, 1930, in Newark, N.J., and grew up in nearby Belleville, where a couple of future members of the Four Seasons were born. He did not meet any of the four until much later, however.

Intending to become an architect, Crewe moved to New York to attend Parsons School of Design. But he had always liked singing and left Parsons after a year to try his luck in the music business.

Teen-idol handsome and model-thin, he recorded demos and teamed with Frank Slay, his first writing partner. Together they produced a number of successful tunes, including the 1957 doo-wop hit "Silhouettes" for the Rays.

By then Crewe had also been producing records for several years. "Bob was one of the first people who gave me a shot, took me in the studio and recorded me," Valli told The Times.

In 1959, Crewe signed Valli and the other members of his band, the Four Lovers. They became the Four Seasons in 1960 and with Crewe's guidance as producer scored their first top-selling song, "Sherry," which was written by Gaudio. It was followed by a string of Crewe-Gaudio hits — "Big Girls Don't Cry," "Walk Like a Man," "Rag Doll" and "Silence Is Golden."

"Can't Take My Eyes Off You," also co-written with Gaudio, became Valli's first solo hit, in 1967.

Between producing and writing for other artists, Crewe still found time to perform, recording a few hits under his own name, including a mellow instrumental piece by Sid Ramin, "Music to Watch Girls By," with his band, the Bob Crewe Generation, in 1967.

He also performed and supervised the score for "Barbarella," the 1968 science fantasy film that starred Jane Fonda.

Crewe, who was gay, established the Bob Crewe Foundation in 2009 to support AIDS research and support gay rights.

According to the foundation's website, he was spurred to start the charity by the success of "Jersey Boys," which opened on Broadway in 2005 and inspired this year's movie, directed by Clint Eastwood.

"He was elated with his portrayal and thrilled with the show. He talked about it incessantly," Gaudio said.

Not to overlook that his instrumental hit "Music To Watch Girls By" was influenced a lot by the Herb Alpert/Tijuana Brass "sound." I just checked out the song on You Tube and found almost half the comments were from people who thought it was Herb and the TJB they were hearing.