Nick said:
Are there any rumours or planned releases to celebrate the 50th anniversary, previously released or not? It's already May and apart from the fan organised event and Randy's new book, there has been no information about music. I know there are still 8 months left of this year but I remain hopeful we will get a decent celebratory release, probably from Japan, as usual. Does anyone know if Richard is working on or involved in anything? The wonderful RPO project was not branded as anything to do with the 50th so I am ever hopeful of something else. Anyone have any ideas/info? Richard has surprised us in the past...
Click to expand...

Could be RPO part 2. Usually the series releases another installment from the same artist about a year after the first.
Otherwise it'll be a compilation as we know it... something like "40/40." Maybe "50/50."

I don't think there's any information about that currently.

The RPO album spent about 20 weeks in the top ten on the classical album charts. Still remains in the top 20.
It was certified silver in the UK (60,000 copies sold).
I don't know if they moved enough product in order to do another.

I'm not sure when those numbers were certified, but those are from their first RPO albums.

Its possible Carpenters with the RPO would have to go platinum in order for the label to consider Part 2. But, not a clue what Universal's criteria is.

Rick-An Ordinary Fool said:
I thought this might be a good place to show this since it was mentioned in the first post about Karen's unreleased solo tracks of which this is one of them. Here it is interesting to see that Evie Sands recorded "Keep My Lovelight Burning" and here is a promo ad that ran promoting the single from Radio & Records magazine Mar 30, 1979. It's interesting to hear both versions but I still don't understand why Karen would have chose to record this (even as one of the demos) when clearly Evie had already released the song as a single. Does that make any sense? 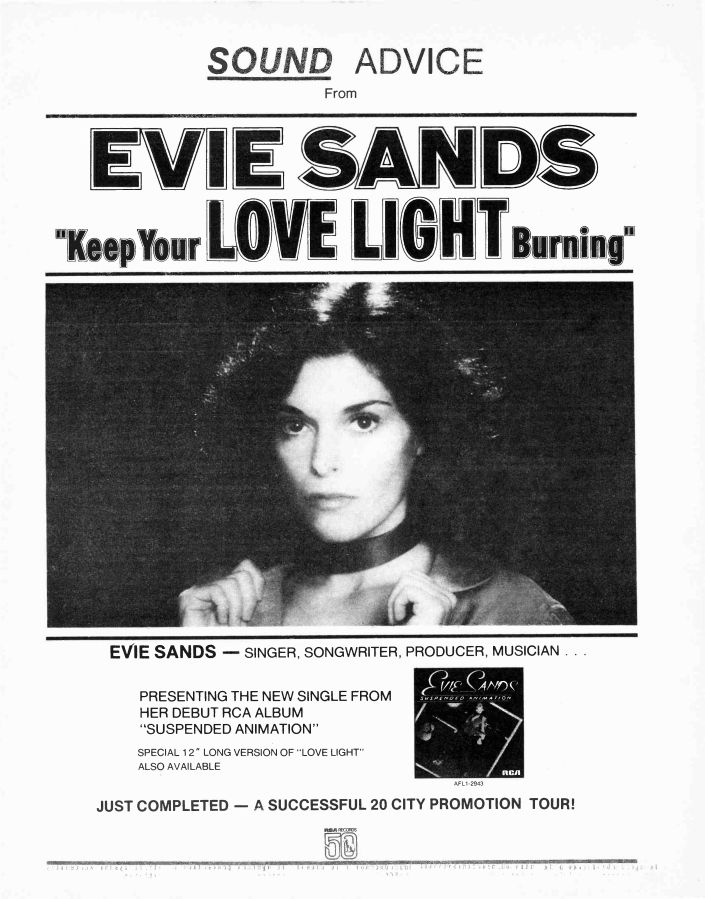 You can listen to all the unreleased songs on YouTube. Type in Karen Carpenter and then a guy named Cavanaugh. The whole unreleased album is there if you’re curious. I’m sure most on here have heard them a time or 2. Some nice tracks , and a couple of shockers I can’t believe she was talked into recording instead of Off The Wall etc. I would hope that they can be cleaned up and released someday for all of us to have in our collections.

Thread Starter
Also, I wanted to mention how I spoke a bit too soon in this thread on the final result.
Now that the poll is closed it's still a "No," but even closer.
Thanks again.

It shows a trend in how fans have felt over the years... we just don't know.
During the 80s, 90s and 2000s fans believed Richard was "all done"... then low and behold something else came out.
I believe this time the "No" votes are firmer than they ever have been, and the "Yes" votes are really wishin' and hopin'.