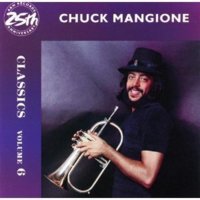 It's generally served me well enough, except that there were times when I wished that the "hit" singles were the edited versions instead of the full, long album versions. Mostly, I like listening to full versions, but there have been occasions when I would like to get things moving along. "Feels So Good" for example, meanders along in its album version for more that two full minutes before the main part of the song kicks in.

So, recently, while perusing some older threads here, and checking with Discogs, I've finally gotten through my head that there are essentially four different A&M CDs of Chuck Mangione's hits. They're mostly even in much the same order, but they differ in song lengths.

This one, for instance, 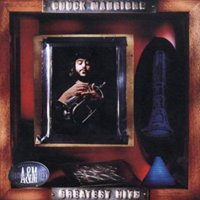 was a carbon copy of the CLASSICS VOLUME 6 disc above, released in a later series from the 90s when Polygram had purchased the catalog. They just slapped a new label and cover on the same old disc.

Another disc that's out there was called THE BEST OF CHUCK MANGIONE. Again, same track list, but this one had shorter single versions of the "hit" tunes. 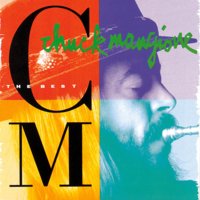 That one was reminiscent of an old European-issued A&M Gold Series from the early 1990s. That one too, featured all of the hit material in their shorter, edited, single versions. The track list was slightly changed, and three tracks were added. This is the one that I've recently acquired that has spurred on this post. 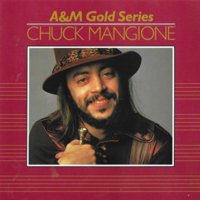 It's kind of refreshing to hear some of these tracks the way I remember them from radio. And I thought I'd detail what's where in a post here.

I'm afraid I'm not the Mangione fan I used to be back in the day. I still have all of my original vinyl: (A&M) Main Squeeze, Feels So Good, Children of Sanchez, An Evening of Magic, Fun and Games, 70 Miles Young,
(Columbia) Love Notes, Journey To A Rainbow, Disguise, Save Tonight For Me and Eyes of the Veiled Temptress.

Most of those needledrops I've burned to a CD-R and subsequently transferred those to my 1GB external hard drive. But to be honest, I rarely (if ever) play them. I haven't listened to the 14 minute version of "Children of Sanchez" in years. These days I just occasionally take a whim to hear the highlights, and I have pretty much what I like from the A&M years on CD: Feels So Good (of course), Fun And Games, Classics Volume 6 and the "Greatest Hits" shown right below Classics Volume 6.
That being said, I would really like to get hold of a few more tracks from Mangione's Columbia years, particularly the Journey To A Rainbow album on CD. And for some reason, that stuff is really rare.

Staff member
Site Admin
I think I might play the Feels So Good album once or twice a year, and that suffices.

I tend to prefer the album tracks anyways, so not much of what I like would be on a compilation. At least there seem to be some decent compilations out there, though. I'm surprised that they haven't combined some of his tracks from the Mercury albums onto a compilation--there are a handful that he has performed even in later years.


toeknee4bz said:
I haven't listened to the 14 minute version of "Children of Sanchez" in years.
Click to expand...

That was kind of an overblown double album. They could have trimmed away a lot of the repetitive tracks and made it a single. The tunes probably worked well in the context of the film but yeah, the 14 minute title tune is a bit much. (Even that could have been edited down, even while retaining the vocal part that opens the track. I have a feeling the music might have backed a lot of credits or some establishing shots, as the music is often composed/arranged as the composer views a cut of the film.)

I not only own the Mangione classics CD but the Best of with the radio edits ( I call them radio edits being in radio) along with all of Mangione's A&M output and a few Columbia standouts and Land of make believe on mercury and 2 of his late 90s early 2000 Cds I still Enjoy hearing his music Feels so good was my first Mangione l.p. (later CD) and from there I began to go to the back catalog as well as keep up on his then current releases the songs from "Fun and Games " was used on ABC during the 1980 winter Olympics coverage in Lake placid NY remember " The Miracle on Ice"? I know not every album appeals to everyone but like Herb Alpert Chuck was also a favorite and I believe it was because of Mangione that Herb Came out of Semi Retirement in the 70s
D

There is a “hits” album that features his music when he moved to Columbia. Happens to be a favorite of mine.

DavidRSmedley said:
There is a “hits” album that features his music when he moved to Columbia. Happens to be a favorite of mine.
Click to expand...

I own that CD it's called " The Best Of Chuck Mangione" ( which may bring some confusion as there's an A&M version and a Mercury version with that exact title) nevertheless it's a pretty good sample of his time with Columbia.

Staff member
Moderator
Chuck Mangione was a big letdown for me.... I thought he was going to be the "second coming" of Herb Alpert. Same label, same (almost) instrument, etc. I wound up not liking his music at all. I'm not sure what it is about it; I suppose it's because it's more pure jazz, where Herb's music was (at that time) closer to pop with jazz bits mixed in. I was hoping for more pop.

Staff member
Site Admin
Thread Starter
I never really explored very deeply into the Mangione catalog, but I really DO like the "hits".

Staff member
Site Admin
Mangione's A&M records were pretty much considered instrumental pop back in the day, with jazz flourishes throughout, which is what made them so appealing to fans of melodic music, and enough "meat" for jazz listeners with some nice soloing. When he was at Mercury, he did a lot more with bigger bands and orchestrations, and some consider those his best work, especially The Land of Make Believe (which features "Legend of the One-Eyed Sailor"). His first four records (three with his brother Gap as the Jazz Brothers, and the solo date Recuerdo) were straightahead bebop, as he was trying to emulate his idol and mentor Dizzy Gillespie. He's covered a lot of ground in his career!

And to Rudy In response to the Mercury Mangione comps there were 2 In 1977 there was a 2 l.p. set ( which I mentioned earlier) called ironically "The Best Of Chuck Mangione" and at the beginning of the CD era there was a Compact Jazz Series which had an entry featuring his Mercury music however you would probably have to get both sets as the track listings may differ and considering the universal fire debacle they may never see the light of day ever again
You must log in or register to reply here.