Staff member
Site Admin
Thread Starter
Going through some old pages, I came across Curry Tjader's name and wondered if he had appeared on any other recordings. I only found a small number of them for which he appeared in the credits--nothing really notable.

We know him as a marimba player with the Baja Marimba Band, and he was also the brother of the late Latin jazz pioneer Cal Tjader (born Callen Radcliffe Tjader, Jr.), who played vibraphone and percussion.

I always wondered how someone would come up with the name Curry. I wondered if it was a nickname. But I think I've found the answer...with Curry and Cal's great grandfather.

Thanks to the web site of Carson, Nevada for the following biography of Anton Tjader.

Anton William Tjader (1825-1870) Tjader was born in St. Petersburg, Russia, in 1825. In 1854 and 1855 he served as a surgeon in the Russian Army during the Crimean Wars. Very soon after he emigrated to America. He enrolled in the Harvard Medical School, from where he received his M.D. in 1857. After graduation he stared working at the U.S. Marine Hospital in Chelsea, Massachusetts. In 1859 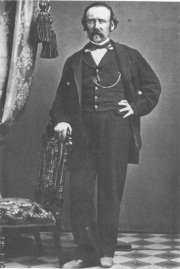 he left on a wagon train to travel West.​
​
During his journey west, his wagon train was ambushed by Indians in Utah. Several men were killed, and Tjader was the only doctor available to treat the wounded. The wagons reach Genoa on September 2, 1859, and one of Tjader's first duties was describing the massacre to the local Indian agent.​
​
In May, 1860, Tjader was involved in another Indian ambush, at Pyramid Lake during the Paiute Indian War. He was one of a company that had gone to retaliate for an attack on Williams Station a few days before. The company was ambushed by Paiutes on the banks of the Truckee River, and 76 of the men were killed, including William Ormsby. Dr. Tjader was originally counted among the casualties, because he did not return with the other survivors. But a few days later he arrived in Virginia City, having hid in a bush for two nights to avoid the Indians.​
​
In 1862, Tjader married Lucy Curry, daughter of Carson City founder Abe Curry. It was the most lavish wedding the Nevada Territory had ever seen.​
​
On July 7, 1870, Anton Tjader died after being ill for several months. It has been suggested that Dr. Tjader was struck in the chest by an arrow during the Pyramid Lake battle and that it 'nicked' his heart. Complications from this injury purportedly led to his death some ten years later. He is buried in Carson City's Lone Mountain Cemetery. His widow Lucy remarried two years later and lived until 1921. His great-grandson, born in 1925, was Grammy-winning Latin jazz musician Cal Tjader.​
​
Anton William Tjader, M.D. | Carson City
​
So, there you have it. The Curry family name is most likely where Curry Tjader got his name.

He is talked about a little bit in the Cal Tjader biography. Cals daughter said she thought Curry was fired from the BMB for being an alcoholic.

TjbBmb said:
He is talked about a little bit in the Cal Tjader biography. Cals daughter said she thought Curry was fired from the BMB for being an alcoholic.
Click to expand... 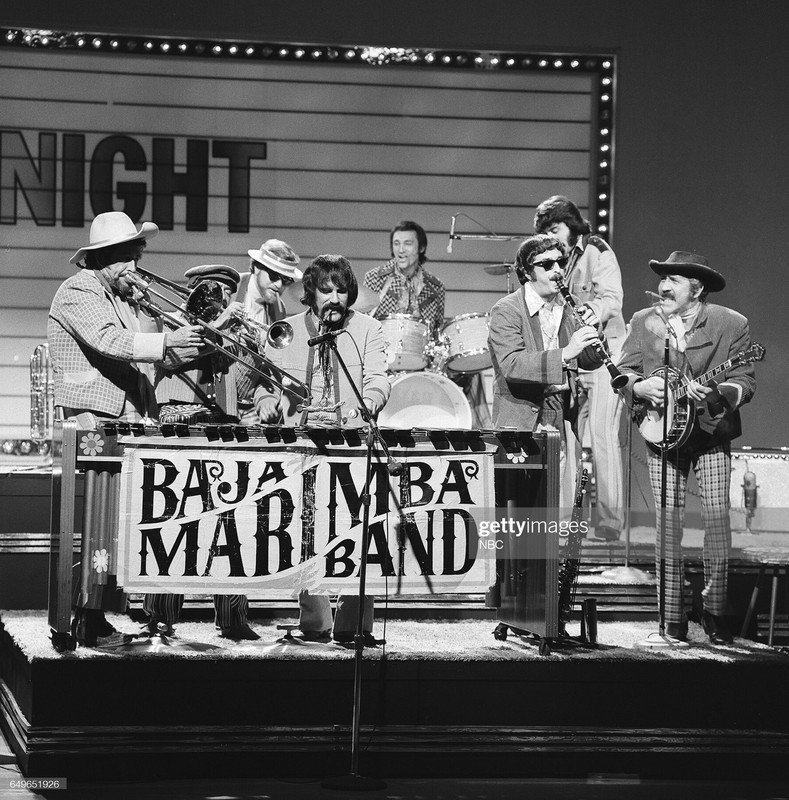 Staff member
Moderator
When I interviewed Frank DeVito he mentioned that Curry often would not be on stage for that very reason, but he wasn't "fired."

--Mr Bill
(reminding himself that he needs to finish transcribing that interview, which fell by the wayside and into the cracks when he moved to TX)

Wow would love to read that interview! When did Frank move to Texas? Last time I spoke with him he was still in LA.

Oh. Thanks for clearing that up.

Staff member
Moderator
Sorry for speaking of myself in the third person... I feared that misunderstanding you had might happen and sure enough...

Great Photo! This looks like the big Dixieland finish to Fowl Play. In thinking about the live shows. Curry didn't have much to do anyway.

bob knack said:
his looks like the big Dixieland finish to Fowl Play. In thinking about the live shows. Curry didn't have much to do anyway.
Click to expand...

Indeed with a clarinet and banjo! Their attire is notable: By '71 it would seem the sombreros were 86'd. Charlie's wearing that hat and those pants and Mel has the "BASS" hat from the '70 promo shot; but DeVito looks like he borrowed one of Doc Severinsen's sports jackets!

Staff member
Site Admin
Thread Starter
A little background on Curry Tjader. One of three brothers (vibist Cal and non-musical brother Rick), Curry studied piano in his youth and then took up drumming, doing gigs as both a leader and sideman in the San Francisco Bay area through the mid 60s, when he joined Wechter's group in 1965. Curry was born on October 23, 1933, the youngest of the three Tjader brothers--Callen was born in 1925, and Wallace "Rick" was born in 1931. Curry passed in 2001. 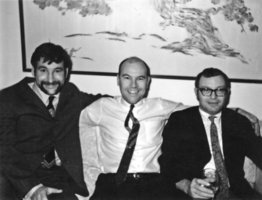 Staff member
Site Admin
Thread Starter
I don't know that Curry ever performed with Cal, although Cal did give a nod to Curry's employer on his album Tjader from 1971, his first album after returning to the Fantasy label after recording for Verve and Skye Records.

Curry did play drums with the BMB. When Frank DeVito moved up front to sing Winchester Cathedral, Curry moved over to sit in on drums.

It’s seems like forever since we’ve seen new Baja footage. Never saw that before. Wish something like that would pop up somewhere.

One of Anton and Lucy’s sons was also named Curry. He was Curry and Cal’s grandfather’s brother. So not only was Curry a “family name,” but it had been used before as a given name.