Staff member
Moderator
Thread Starter
Early A&M Records artist, Lucille Starr passed away at age 82. She was half of the Canadian Sweethearts (SP 106) and did a solo album, The French Song (SP 107) - album arranged by Herb Alpert & Julius Wechter, who also played on the album. 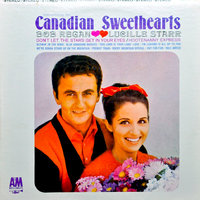 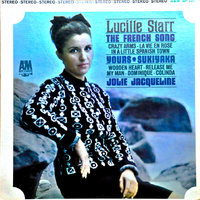 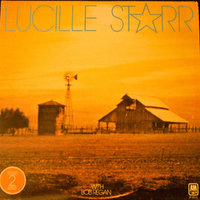 I've also got Quality Records versions of the early A&M's. SP 4106 and SP 4107. The cover of my copy of CANADIAN SWEETHEARTS looks a little different from Steve's above. It doesn't have the repeated "STEREO" on the top. Rather it has "SP 4106" in the top left corner - on the spine. This in addition to the same info plus title on the actual side spine. The A&M logo is up near the top, and it has a whitish backing color, not bluish. 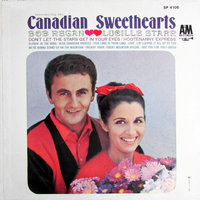 Staff member
Site Admin
Her most popular single (#12 on the Canadian charts, and apparently the first single from a Canadian artist to sell a million copies worldwide) was "Quand Le Soleil Dit Bonjour Aux Montagnes" aka "The French Song."


Despite being known as a country duo (Canadian Sweethearts), their first single in 1958 was a well-regarded rockabilly hit. Bob and Lucille: "Eeny-Meeny-Miney-Moe."

Staff member
Moderator
Here are front and back covers for SP 4100 SAY YOU LOVE ME and LUCILLE STARR IN SOUTH AFRICA.

Enjoyed playing the 'SAY YOU LOVE ME' album in its entirety on YouTube. I'm intrigued by the 'SP 4100' catalog number and the mention of it being recorded in 1962. Most likely it wasn't released until after 106 & 107 and exclusively an import. A mix of solo and Canadian Sweethearts material.

Enjoyed playing the 'SAY YOU LOVE ME' album in its entirety on YouTube. I'm intrigued by the 'SP 4100' catalog number and the mention of it being recorded in 1962. Most likely it wasn't released until after 106 & 107 and exclusively an import. A mix of solo and Canadian Sweethearts material.

Yes, I noted that one of the data bases put it ahead of "The Lonely Bull," also indicating a 1962 release. But we know, not so.

Staff member
Moderator
In the back photo of "SP 4100" she's wearing the same outfit she wore for the cover shot of LP/SP 107. Proof positive the release was subsequent to THE LONELY BULL and most likely both 106-7. My guess is 1965-66.

Staff member
Site Admin
A couple of tracks from the 4100 album were placed as bonus tracks on the CD of THE FRENCH SONG, along with a few from the CANADIAN SWEETHEARTS album.

I'm guessing here, but it seems as though when the duo signed with A&M, they brought along some older recordings that were tapped for the CANADIAN SWEETHEARTS album. There are some tracks on that stereo album that are really mono tracks that are altered electronically to have a sort of stereo effect (not unlike "Mexican Shuffle" from Herb). The mono tracks on CANADIAN SWEETHEARTS are:

She had a very soulful voice. Her version of "My Man" is superb.

Lucille Starr: A New Starr in the Sky Tonight | Cashbox Canada
You must log in or register to reply here.