Onkyo shuts down. The once-honoured Japanese hi-fi brand has gone bankrupt. Thus ends a chapter in audio history that has lasted since 1946. With debts of 3.1 billion yen (about 23 million euros), Onkyo could no longer make ends meet. And on Friday, the

Stick with Marantz or DENON!!

Staff member
Site Admin
Onkyo sold off its home audio and video business to Voxx International and Sharp last year, so the name lives on. But their days as a manufacturer are long over.

They'd been in talks with Sound United (owner of Denon, Marantz, Polk, Definitive Technology, etc.) to buy the brand in 2019, but Onkyo pulled the plug on negotiations. 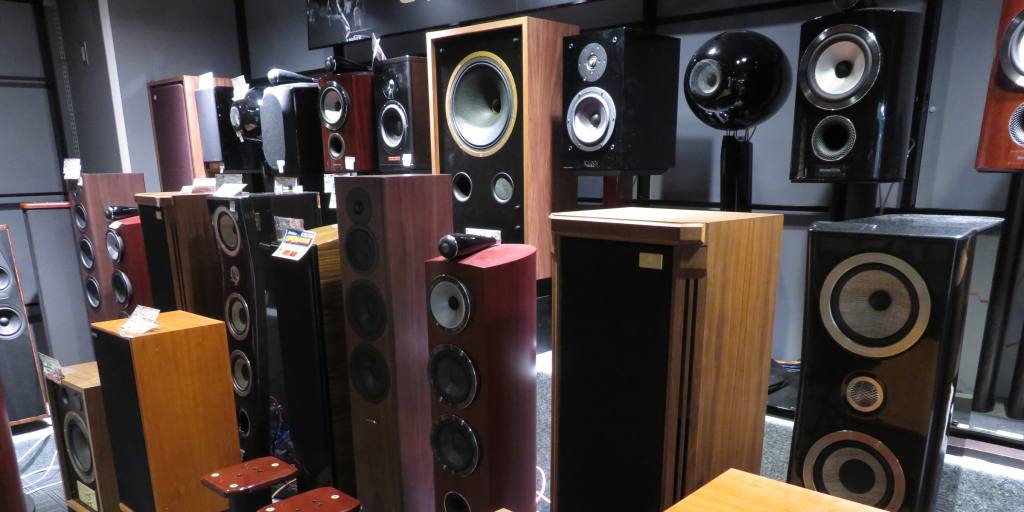 Thread Starter
Onkyo was among the last of the reasonably priced high quality CD changer makers.. 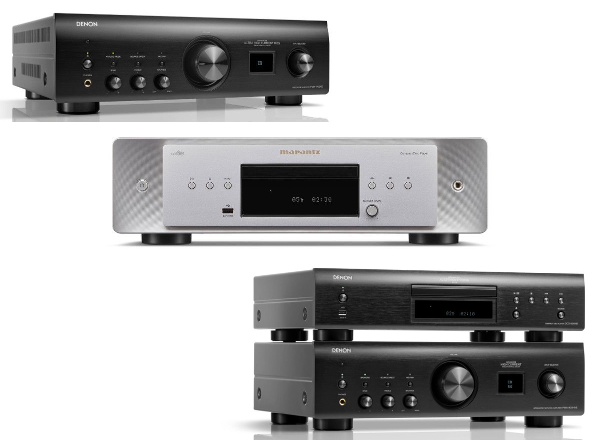 The format that ushered in the age of digital music 40 years ago refuses to go away. The latest statistics from the Recording Industry Association of America (RIAA) reveal that sales of CDs jumped 21% to more than half a billion dollars in 2021, representing the first year-over-year increase...

Staff member
Moderator
Onkyo came along right when the hi-fi market in the US was at its peak. At that time it seemed like the more Asian or German your name sounded, the better the products were. We had Bang & Olufsen, Samsung, Mitsubishi, Hitachi, Toshiba, Onkyo, and lots more. That would make a fun list to read, all those long-gone names.

Staff member
Site Admin
Many of the companies we remember still remain, but they either reduced their offerings to their home market, or got out of the audio and/or video business worldwide. In other cases, the company names were sold or licensed to cheaper manufacturers.

B&O is still in the "lifestyle" electronics business, and has also offered branded systems for cars.

Mitsubishi/MGA, as big a name as they were in televisions and rear-projectors, pretty much evaporated from the video market once the LCD/LED screens came along. The Mits products were always held in high regard back in the day.

Hitachi manufactured the first CD player I owned; Denon and a couple of other companies sold the exact same unit under their own badging. But Hitachi never was a big name here in the US like they were in Japan. I'm not quite sure what industries Hitachi services these days.

Same with Toshiba, for that matter.

Kyocera is another name you don't hear of often. In fact, even when they sold audio equipment in the US, they were not well known. They were the consumer electronics spinoff of Kyoto Ceramics.

Dual, once a manufacturer of turntables, now has their logo affixed to cheap knock-off electronics from China.

Nakamichi, the standard-setter for cassette decks, sold out decades ago and now sells lifestyle electronics.

Garrard is another one who sold turntables back in the day, and resurfaced decades later under a foreign ownership selling cheap, plasticky junk.

Technics sort of withdrew from the audio market for the most part, making primarily turntables. Several years ago, they decided to hop back in, but went after the high-end market with a very limited product line. Their parent company, Matsu$#!^a, has been a constant through it all, though, and Panasonic is still a well-known name.

Anyone remember Craig, Jensen and Blaupunkt from the car stereo market? Blaupunkt is still around selling a variety of products, but now sells car electronics only in Europe. Which is a shame, since they still offer a clean, OEM-looking design that is devoid of the gloss and flash of the usual brands.

H.H. Scott is one name from the old days we don't see anymore. Fisher is another--their classic era was the best (think tubes, or early transistor era), but the late 70s to mid 80s components were never regarded very highly; Sanyo owns the Fisher name, last I heard.

EICO, Dynaco and Heathkit all offered kits. EICO disappeared. Dynaco sort of came and went a couple of times under different owners; the Dynaco circuit and transformer designs, however, live on through a handful of third parties, and the company's co-founder David Hafler went on to start a company under his own name, which was sold in 2014, the company now making only professional audio equipment. After decades inactive, someone bought the Heathkit brand, yet they are not offering any audio component kits like the old days.

Mark Levinson Audio Systems is a complex story--Levinson founded the company in 1972 but by 1980, had run into financial issues and persuaded others to invest to try and save the company. He left his namesake company in 1984 and founded Cello Ltd. (now defunct). Around the same time, MLAS was forced into bankruptcy, the assets being acquired by Madrigal Audio Labs (another now-defunct company). MLAS tried to sue Levinson from ever producing audio electronics again; they were unsuccessful in halting his future ventures, but he lost the right to use his trade name on any future electronics. (It also resulted in a 25-page circuit court opinion about companies that use the founder's name as the name of the corporation.) Today's Mark Levinson company is basically a brand of Harman International.

Many of the classic audio companies have a similar convoluted history, such as Henry Kloss hopping around from Acoustic Research (which he co-founded with Edgar Villchur) to KLH (he was the "K" in KLH) to Advent (which he also founded), Cambridge SoundWorks (co-founded) and Tivoli Audio (also co-founded), whose compact table radios echoed the design of the KLH Model Eight table radio.

Rudy said:
H.H. Scott is one name from the old days we don't see anymore.
Click to expand...

I have a 222-B tube amp (it used to be my primary amp until I "modernized" to a Luxman tube amp about 10 years ago). The Scott surely has a nice sound, but it also has that "1960s amp noise" (for lack of a better term) that my Luxman doesn't have.

Staff member
Site Admin
I know on older electronics, it often helps if the unit is given a thorough going-over, replacing any suspect parts, then properly adjusting everything back to original spec. They likely still aren't as quiet as anything made in recent decades but they probably were the most quiet when they left the factory, and only worsened from there.

Rudy said:
I know on older electronics, it often helps if the unit is given a thorough going-over, replacing any suspect parts, then properly adjusting everything back to original spec. They likely still aren't as quiet as anything made in recent decades but they probably were the most quiet when they left the factory, and only worsened from there.
Click to expand...

I picked it up on e-bay in the 2000s and had it refurbished at that time. It actually replaced a Scott 340(A) receiver that I picked up in the 1990s and was quite the middleweight monster! You are correct: the first time I fired up that Lux (which was purchased in response to ever increasing noise with my 222-B and the realities of nurturing vintage equipment), I couldn't believe my ears...dead quiet. 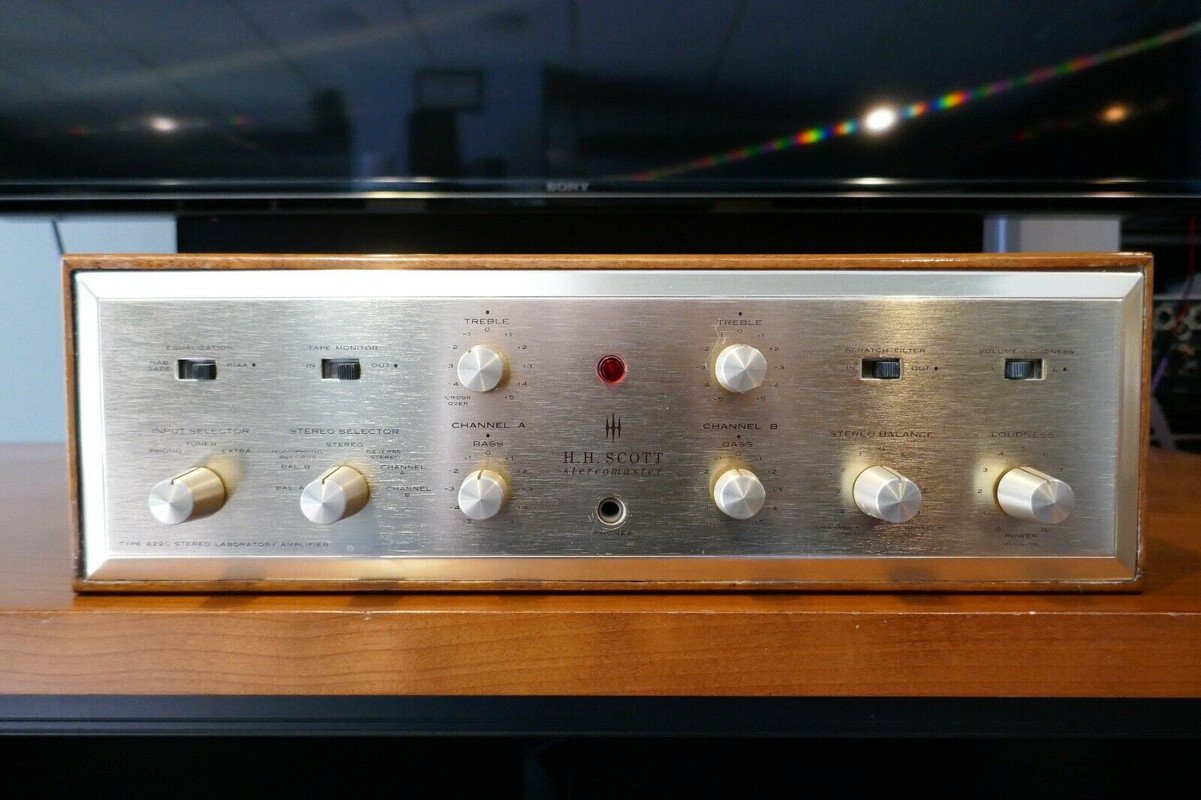 Here's an internet photo of the Scott 340(A) (1963) -- this one was visually pleasing in an otherwise darkened room! 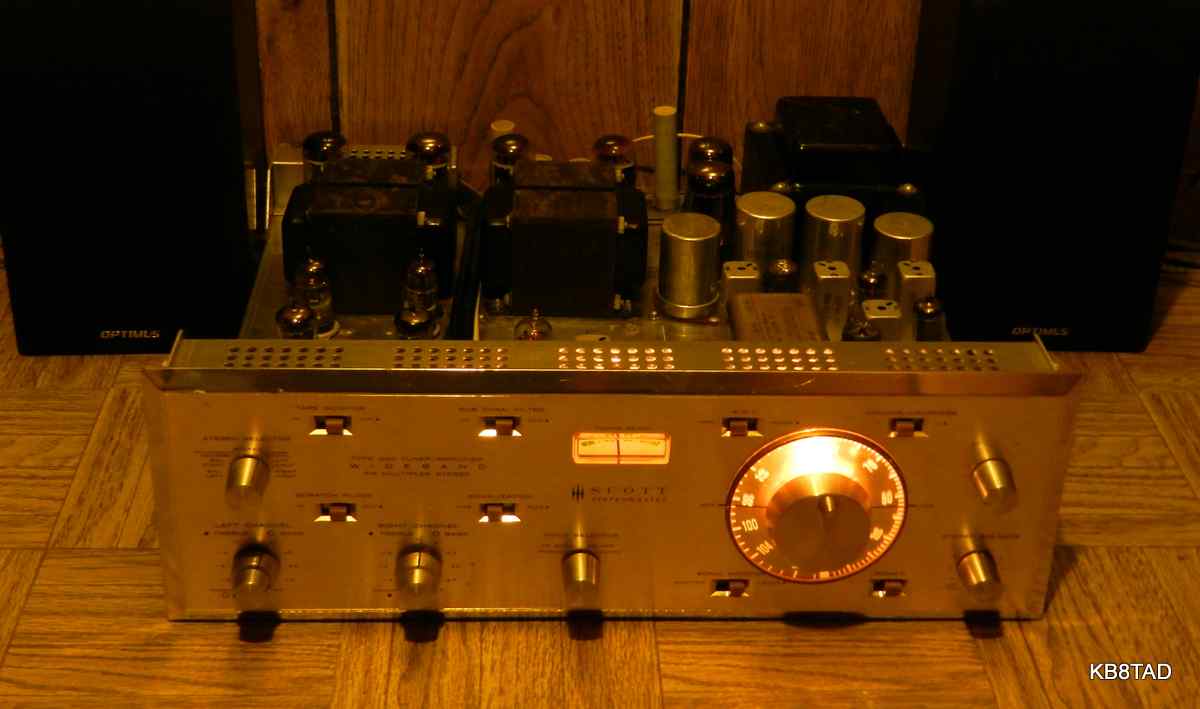 Staff member
Site Admin
In the 2000s, I had wanted to pick up a pair of the Dynaco Mk IV monoblock amps, but after reading more about them, I'm glad I passed. The Stereo 70 didn't have enough power for me, but it turns out the Mk IV was really hard on the output tubes. And then there's the issue, like you say, with sorting out ongoing issues as these components age. Although, one thing against the integrated amps and receivers is that they had a lot more circuitry, and a lot of old switches and potentiometers that would oxidize and get dirty, which further added to the noise. The amps didn't have any of those, and were simpler circuits, but they were not without their own issues.

Rudy said:
Although, one thing against the integrated amps and receivers is that they had a lot more circuitry, and a lot of old switches and potentiometers that would oxidize and get dirty, which further added to the noise
Click to expand...

Bingo! Seems like Hi-Fi era integrated amps threw a lot of "sound parameters" (for lack of a better term) at you...the Luxman I have doesn't even have a balance control. There are the usual two tone controls (bass + treble), but I never use those and just hit bypass.

Actually, after nearly 7 years on my Luxman, I'm upping the ante a tad -- with a "new and improved" version of the same model Luxman. Stay tuned...

(My dad was an EE with NASA in during the golden age of space travel (1957-1972) and was always tinkering around in his shop with the amps and speakers (and turntables) he had. He was always muttering "...now see here, the problem is that your rectifier DC bias need trimming..." and all that. I had zero interest in equipment -- and to this day I kick myself for learning zilcho -- at the time, I just wanted to listen to records and learn to play the trumpet!)
Last edited: Jun 25, 2022

Staff member
Site Admin
Heh, funny about the EE reference--I had three years of electronics, but some of it didn't stick, and we certainly never covered tube circuitry. But I have enough of a grasp to know the basics, while all the biasing and other trickery is best left to someone who knows better.

Although given a schematic, test points and instructions, I could do it...but I don't have the level of a true EE to know how everything should be in a circuit. I read some of the circuit descriptions by a genius like Nelson Pass and I'm more amazed that he can rattle this stuff off the top of his head, yet I still can't remember various configurations of PNP or NPN transistors!

JOv2 said:
Actually, after nearly 7 years on my Luxman, I'm upping the ante a tad -- with a "new and improved" version of the same model Luxman. Stay tuned...
Click to expand... 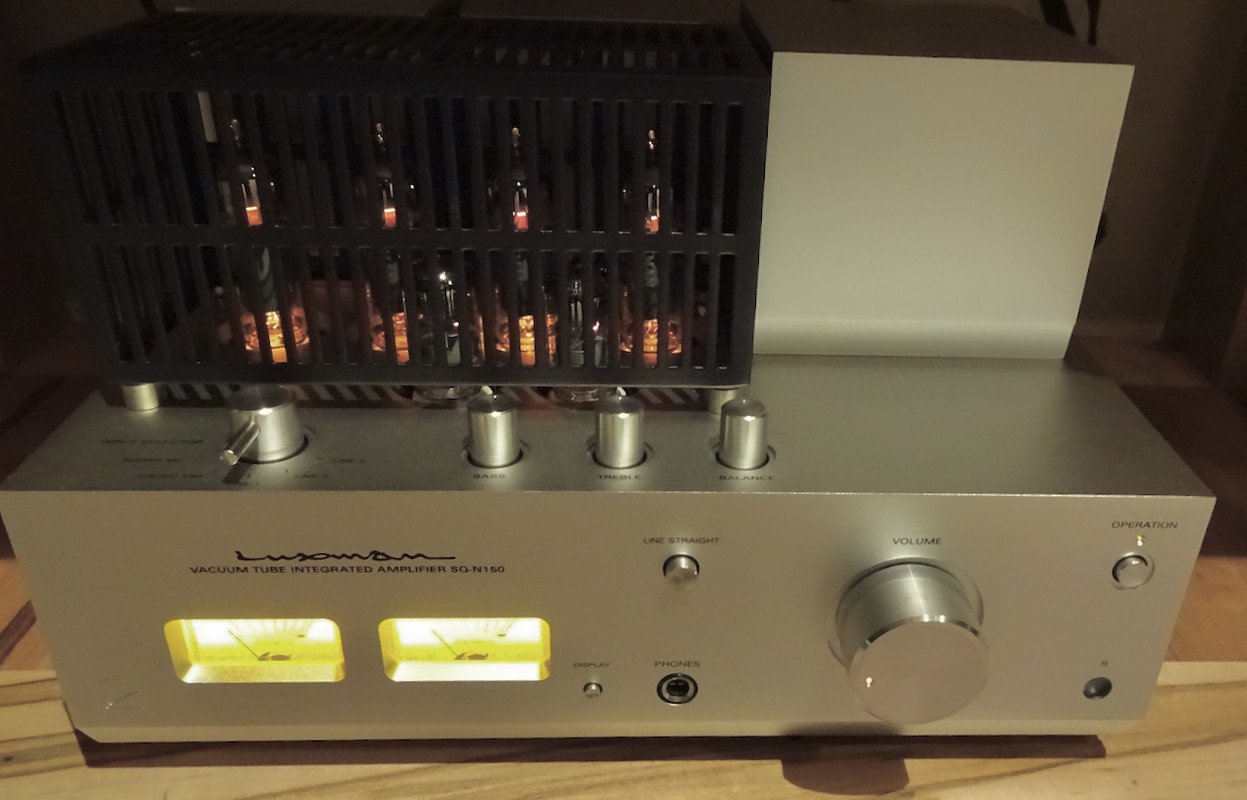 Ha! I couldn't resist: Here's an old photo of my old Scott 340(A) with my cat warming himself atop the receiver cage directly over the power transformer. 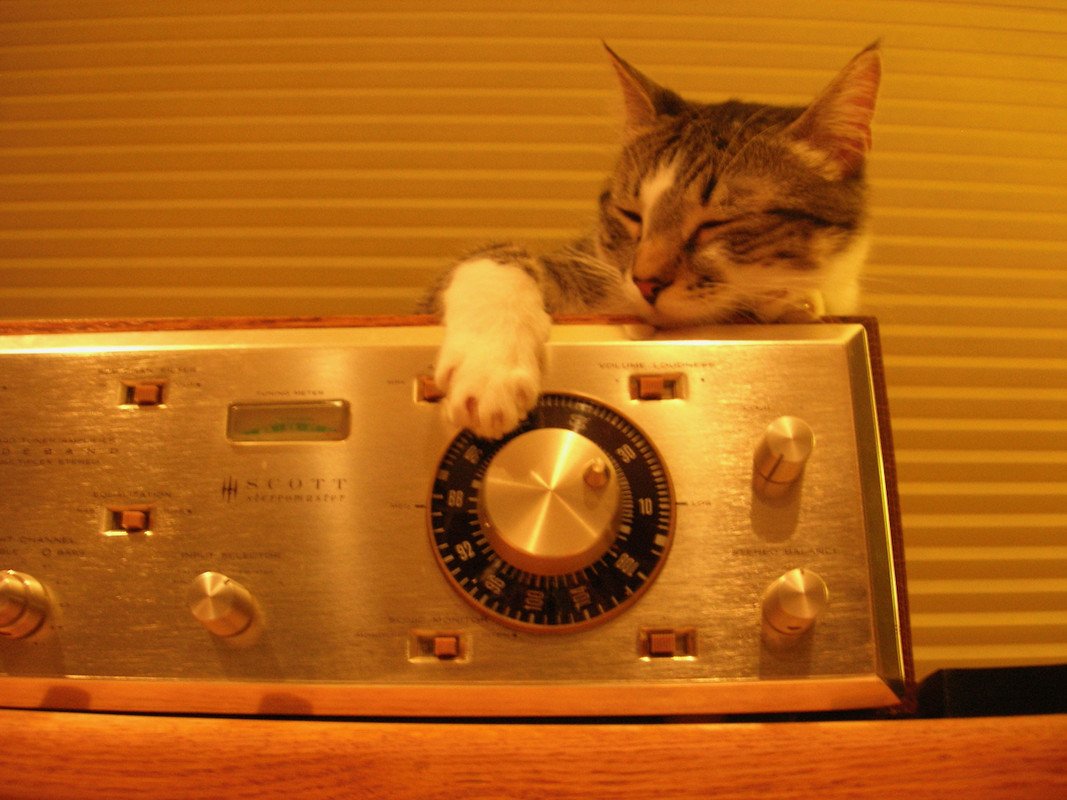 JOv2 said:
Ha! I couldn't resist: Here's an old photo of my old Scott 340(A) with my cat warming himself atop the receiver cage directly over the power transformer.

Awwww what a precious Baby Kitty.
You must log in or register to reply here.

Tommy Morgan has passed away