Here are your viewing options:

The DVD will be available for order on Amazon in about a week.
The Blu-Ray will follow later. 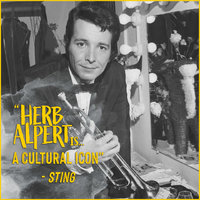 Good to know. I will catch it on YouTube.

Staff member
Moderator
It's interesting to go to herbalpertis.com and download the movie's press kit. It contains a LOT of information, including the full movie credits and list of all the songs included on the soundtrack. Pretty all inclusive!

Color me disappointed that the Blu-ray will "follow later." I wonder how much later? That's the one format I want it in, since a theatrical viewing won't be possible around here.

Staff member
Site Admin
I would think BluRay and 4K downloads should follow soon after--nobody really wants to wait months to get something that's already out. The BluRay could be a manufacturing delay. It's not like the format is uncommon. I didn't even think DVDs were sold anymore, to be honest.

Also CDUNIVERSE.com has vinyl box set for about $265 and will ship out of country.
D

I may well watch on YouTube. Mught purchase the DVD or BluRay.

Still not getting box set.

I didn't even think DVDs were sold anymore, to be honest.
Click to expand...

I think DVD is still the dominant physical format. BluRay has been a bit of a disappointment.... people didn't flock to it like they did with DVDs and why should they? With your typical TV setup and the typical viewer, the difference is not worth chucking your player, until it breaks.

I'm glad it's only a couple of weeks for the BR. I will definitely get it that way, whether or not I decide to watch it over the www.

Staff member
Site Admin
I also think 4K streaming has taken over from buying movies on disc, especially now that rentals are fading away. (I honestly can't think of any video rental store in my area.) I have seen very few DVD players available anymore--BluRay has gotten so cheap that there's no reason to produce the older players. Current TVs being 4K, some have good enough upsampling that DVD can look closer to 4K, so I can see why consumers might not see the attraction to upgrading old DVDs to BluRay if they notice only a small difference. Or again, why even keep the old DVDs if they can find it on one of the streaming platforms? (Not referring to collectors, but to the average video consumer.) 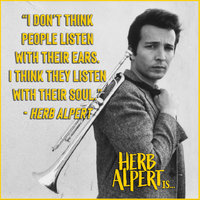 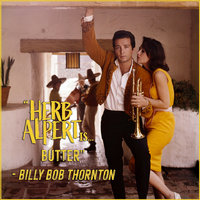 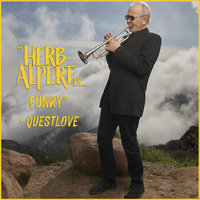 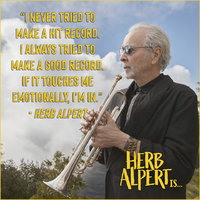 Contributor
So---is the film going to stream for free or what?

Staff member
Moderator
No not free. But there's been no pricing info yet.

Staff member
Moderator
Thread Starter
I was assuming a free premiere with Q&A with Herb and Producer John Scheinfeld afterwards, but I've asked the question and will post once I have an answer.

Staff member
Moderator
Thread Starter
THE PREMIERE (AND FOLLOWING Q&A) WILL BE FREE.
(Per Abramorama, distributor of the film.)

Steve Sidoruk said:
THE PREMIERE (AND FOLLOWING Q&A) WILL BE FREE.
(Per Abramorama, distributor of the film.)
Click to expand...

Staff member
Moderator
Here is the text from that article, in the inevitable situation when the link goes dead sometime in the future.

Documentaries & Other Delights: Inside the Herb Alpert Film
BY MELINDA NEWMAN

Legendary trumpeter Herb Alpert has been part of John Scheinfeld’s life for a long time. “My mom had all of the Herb Alpert & The Tijuana Brass albums and would play them and dance around the house,” he recalls. “I have a very strong memory of that when I was 8 or 9. It was happy music.”

Now, a few decades later, the Emmy Award-winning director behind documentaries like The U.S. vs. John Lennon and Chasing Trane: The John Coltrane Documentary is bringing that sense of joy to the screen with Herb Alpert Is..., out Oct. 2 on video-on-demand.

As the doc reveals, Alpert is multilayered. The leader of the mariachi-influenced Tijuana Brass band has sold over 72 million records; as co-founder of independent label A&M Records, he worked with The Police, Janet Jackson, Cat Stevens and The Carpenters, among others; as a philanthropist, he has bestowed millions of dollars on music education at the University of California, Los Angeles and the Harlem School for the Arts; and his paintings and sculptures have been displayed around the world.

“It’s clear he is many different things to many different people,” says Scheinfeld, who met Alpert when he interviewed him two years ago for a forthcoming Sergio Mendes doc. Shortly after, Alpert, 85, who had declined previous entreaties to document his life, invited Scheinfeld to the Malibu, Calif., home where he resides with his wife of 46 years, Lani Hall. Scheinfeld laid out his vision for the film, to which Alpert replied on the spot: “We’re ready.”

In addition to footage from The Tijuana Brass’ heyday in the mid-1960s, Alpert sat for seven days of interviews. “What surprised me was how grounded he is,: Scheinfeld says. “The last day, he went around and shook hands and hugged every member of the crew. That’s who he is.”

The film — featuring comments from Sting, Questlove, Quincy Jones and others — will be distributed by Abramorama, which is working with theater chains to hold virtual screenings. The same day that the doc arrives, a companion box set with 63 Alpert songs will become available in two different configurations (one including 180-gram vinyl). Though completed before the coronavirus lockdown, the film is a panacea to the pandemic and fractured political landscape, according to Scheinfeld. “This is uplifting, inspiring, fun and nostalgic,” he says.

“Here’s a guy who lived his life the right way. He didn’t throw televisions out the window or have drug problems, and then when you consider the philanthropy, [he] deserves to be celebrated.”

A version of this article originally appeared in the Sept. 19, 2020, issue of Billboard.

Staff member
Moderator
Great that it will be free! I wonder will the Q&A ever be seen again after the premiere? Will it appear with “on demand” viewings?

Staff member
Moderator
Thread Starter
You must log in or register to reply here.