Eventhough I've been around here for close to a year, and haven't posted in the 1,000's, I guess that I am still a "new guy." Thank you so much for the warm welcome and the reminder that I am a "new guy"(who's only been collecting recorded media for 50+ years), it really makes me want to hang around more. I'll be happy to post more if I see something to comment about. 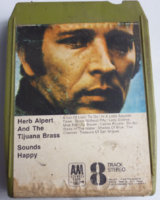 It is impossible to choose a favorite from this album or any Herb alpert title but I voted for "Wade in the Water" because of its Overall feeling of melody and rhythm it seems Herb and co were really in the spirit of the song. And being an old time spiritual song to me it a sanctifying effect on me and I was 12 when I first heard it.

Staff member
Moderator
I always thought it would be awesome to hear a "rock band" with some heavy guitars playing "Wade in the Water" behind Herb's trumpet. It's a great rock'n'roll arrangement.

Subtitle under the poorly rendered photo should have said, "Looks angry."

Staff member
Moderator
That crop of the photo makes Herb look like Iron Eyes Cody in that old anti-pollution TV commercial from the '60s.
A 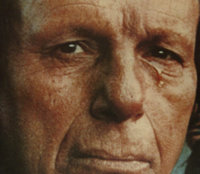 Saw the commercial for the first time when I was 7 years old in 1972!! Matt Clark Sanford, MI

Heard the Staples Singers version of Wade in the Water over the weekend.

Getting back on topic my first vinyl copy of this album was given to me as a gift by a classmate Valentine's day week 1980 ( Mono version) it was in very good condition and I played it like crazy and wore it out later I was able to replace that worn mono lp by finding a clean sounding mono and a clean stereo version and when the shout factory CD came out to me It Topped all other versions of it and of course I have the HAP download version on my table's SD Card. Every song Is A Gem And Although I was born in August of the year of this album's original release it has A Lot of Sentimental value to me For Unanswerable Reasons. This Album Still Rocks More than Ever.
A

In my childhood and teens, back in the 1970s and 1980s, I got Herb Alpert's first ten albums... except "Sounds Like". Every week, for several years, when I went to my piano teacher's house for a lesson, I saw the Sounds Like record prominently displayed, and considered asking to borrow it, but I never did. Partly it was shyness, but also, by that time, I was losing interest in Herb Alpert.

Flash forward to 2014. My interest in Herb Alpert got revitalized, and I ordered over a dozen HA albums, including "Sounds Like". And with hindsight, it is, in a way, a GOOD thing that I didn't have it in my childhood. I love "Sounds Like" so much - far better than its preceding and succeeding albums - and the fact that I didn't have the thing in my childhood proved to me that my love for this music wasn't just nostalgia!

I was a little surprised to see today that "In a Little Spanish Town" got only one vote. And so, for the first time, I cast a vote on these boards. Now the song has TWO votes. Okay now! Everybody clap! Yes, even the trombone player! (Well, "Wade in the Water" is a close second.)

S.J. Hoover said:
Side 2 of this album could've been described as being *really* short-and-sweet --- under 12 minutes

I have always felt that no album from Lonely Bull up through Beat of the Brass contained any weak or "throw away" type songs. I very much like the variety of songs on each album.

I continue to like the tracks that might be called "inside" tracks". For example, I have always had a fondness for The Charmer for some unknown reason. Songs like these, in addition to the ones that seem to have been more popular or had more radio airplay, combine to make an excellent album.

However, the two songs that do the most for me to define the TJB sound at the time this album was released are Wade in the Water and Town Without Pity.

Now To quote Herb's spoken prompts on "In A Little Spanish Town" "OK NOW EVERYBODY CLAP!"

Nice to hear this again. I had a promo copy when it was released but it went as part of a huge box of discs I gave to a local children's home. Hope they appreciated it!

Captaindave said:
However, the two songs that do the most for me to define the TJB sound at the time this album was released are Wade in the Water and Town Without Pity.
Click to expand...

To that I'd add Treasure of San Miguel and Got a Lot a Livin' to Do. The arrangements features a stronger ensemble approach (and not so Herb-centric).

The whole album is amazing and "Shades of Blue" has more recently become a favorite of mine..

Steven J. Gross said:
"Shades of Blue" has more recently become a favorite of mine.
Click to expand...

Beautiful ballad. Herb's lonely horn seemingly off in the distance from his bandmates is one of his best mid-period TJB recordings.
You must log in or register to reply here.