I discovered him from the iconic live album, The Main Event, of Herb Alpert and Hugh Masekela. Some of the tunes on that album are, of course, Gwangwa compositions, and Gwangwa plays trombone on the album. Love Songs from Exile and especially Flowers of the Nation.

He represented SA, and SA-based jazz, with dignity and, along with many of his contemporaries, fought apartheid through fantastic music and representation.


Just a tremendous loss of a powerful voice who should have been better known in the USA. 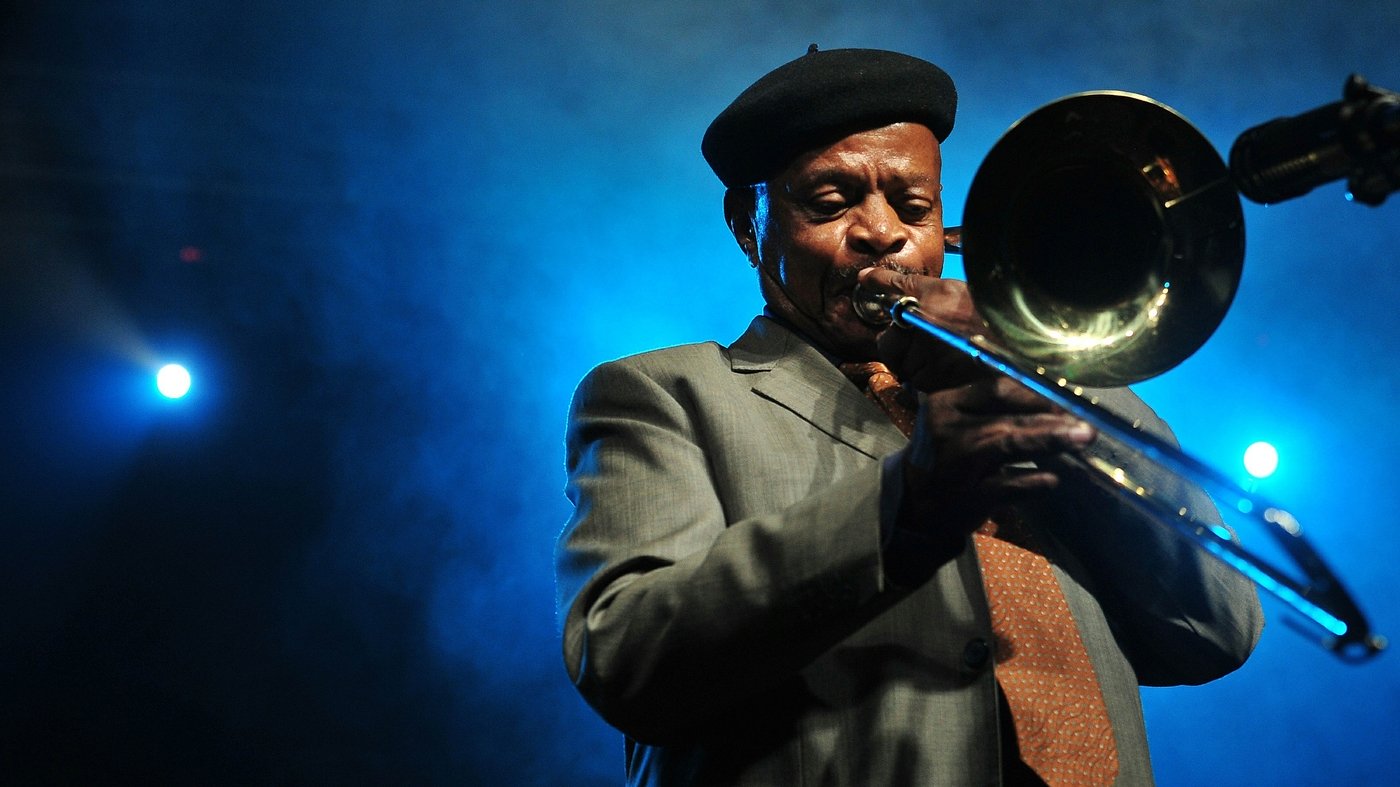 The trombonist was a major figure in South Africa's early jazz scene, and an activist after the restrictions imposed by apartheid. In 1988 he was nominated for an Oscar for his theme to Cry Freedom.

“...and with Herb Alpert, when the trombonist won seven curtain calls for a barnstorming solo on his own Foreign Natives...”

Does anyone know about this? 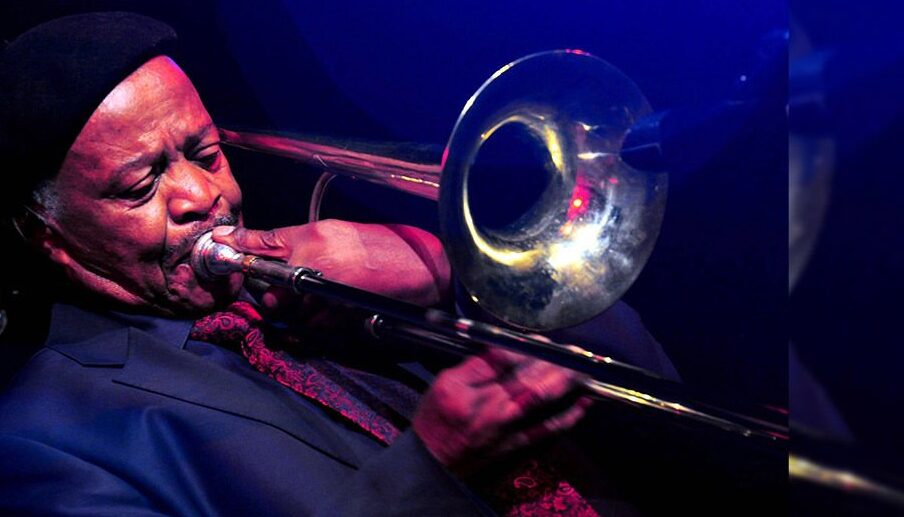 Jonas Gwangwa, who died on 23 January, was a South African musician who used his art to further the plight of South African activism for decades.

DavidRSmedley said:
“...and with Herb Alpert, when the trombonist won seven curtain calls for a barnstorming solo on his own Foreign Natives...”

Does anyone know about this?

Jonas Gwangwa, who died on 23 January, was a South African musician who used his art to further the plight of South African activism for decades.

Yes, during the live concerts where "Main Event" was recorded.

martin said:
Yes, during the live concerts where "Main Event" was recorded.

- Greetings from the cold north -
Martin
Click to expand...

Thank you. I did not realize there was more than one performance for the recording of this ”record”.

I believe there were four shows at the Roxy in L.A. and also on the A&M Sound stage.

- Greetings from the cold north -
Martin

Staff member
Moderator
I was at the first Roxy Show in 1978. I was 17 (as was my date) and it was not only my first Herb Alpert concert but my first concert PERIOD.

We were seated at the front table right in front of Mosa Jonas Gwangwa (photographer Bonnie Schiffman was eated to my right, Lani and Jerry Moss were two tables behind me). It was a magical evening (even though my date, a co-worker from Arby's, never went out with me again). IIRC there were two encores, and Gwangwa's performance was certainly the highlight.

I really would like to see more of the recordings from the concerts get released, such as live versions the tunes from the first HA/HM album. I believe they did everything except "African Summer" (which technically was a solo Herb recording) which was my only disappointment. "Lobo" was the one number where each player had a lengthy solo and I think the tune went for a good 15 minutes. Each member left the stage after their solo and the drummer was the last one. Then all came back for the encore.

This was also my first exposure to Arthur Adams (whose albums I started buy after the concert) and Manolo Badrena. Both soon had solo LPs on A&M that I thoroughly enjoy.

I wish there had been a third collaborative album, but alas, there wasn't. It's interesting that Herb preceded Paul Simon in dabbling with Africanization of pop or Jazz by a good 5 or 6 years. Herb also produced two Letta Mbulu albums for A&M which are really terrific (Letta is co-producer Caiphus Semenya's wife).

Staff member
Moderator
Thread Starter
FYI: there is video of Herb & Hugh "Live" in their archives...
You must log in or register to reply here.

A nice article on Herb this week