Highlighting the Pick a Dozen series

Staff member
Site Admin
Thread Starter
In our continuing Pick A Dozen series, we're going to give you the opportunity to create your own Greatest Hits album! Pick twelve of your favorite popular TJB hits, from hits that charted to popular tunes the band is known for. (Don't worry--we're doing another Pick A Dozen for the "sleeper" songs that are our personal favorites, which weren't necessarily hits.)

My own choices weren't too difficult. I am a fan of the TJB's original Greatest Hits album, but always felt that a few songs didn't belong there, like "Never On Sunday" (a song I have never liked, no matter who has done it). And any TJB anthology has to end with "Zorba!"

And if I split the list up into two 6-track album sides, "Lollipops" inevitably has to end side 1. It was hard eliminating "Sentimental" and "Whipped Cream," but adding "So What's New?" and "Lollipops" were more to my liking. Almost like the original Greatest Hits, my picks are primarily from the first five albums, which after five decades of listening to them, still remain my favorites. (My "sleepers" for the next Dozen-series post pull more from the later albums, as many were penned by the "insiders" like Sol Lake, Julius, John Pisano, etc.)

Here's my dozen, split into two album sides (and yes, I still sequence many of my own compilations into album sides):

Staff member
Site Admin
For this exercise, I dug out my old Billboard Countdown of the TjB's charted hits, and whittled it down to my 12 personal favorites. These remain in the order of the countdown based on peak chart position. 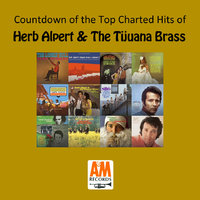 I limited myself to 45s (As or Bs) and placed them in chronological order:

A1 The Lonely Bull
A2 Mexican Shuffle
A3 A Taste Of Honey
A4 What Now, My Love?
A5 Flamingo
A6 Casino Royale

A1 A Taste Of Honey
A2 Spanish Flea
A3 Mexican Shuffle
A4 So What's New?
A5 The Work Song
A6 America

Except for "This Guy" hardly any of the TJB singles charted in Norway. It was different with the albums of course. This list is based on airplay from the Norwegian state radio channel NRK. The only one available in Norway during the 60's.

B1 What Now My Love
B2 Flamingo
B3 Wade in The Water
B4 Thanks for the Memory
B5 Zazueira
B6 Jerusalem
Keep in mind this doesn't even begin to scratch the surface by any means but this is a fun little experiment though
You must log in or register to reply here.