Thread Starter
My apologies if this has already been posted, but just came across it and thought I would share since it is relevant to this group.

All 7 CDs in The Complete A&M Album Collection have been digitally re-mastered from the original master tapes to bring out the highest quality sound from these classic recordings.

The packaging on all of the titles has been manufactured and designed to mirror the original vinyl releases from the 60s & 70s. Also included in the box set is a 40 page booklet with archival photos, posters and concert ads as well as comprehensive liner notes, quotes and information on each individual album.

The music in the Lee Michaels A&M catalog ranks with the buried treasures of its era and time has come for him to finally get the superstar treatment that he deserves! This collection is a must for any Lee Michaels fan!

Staff member
Site Admin
Too much Lee Michaels for you? Heighty Hi: The Best of Lee Michaels, a single-CD anthology, was also released today: 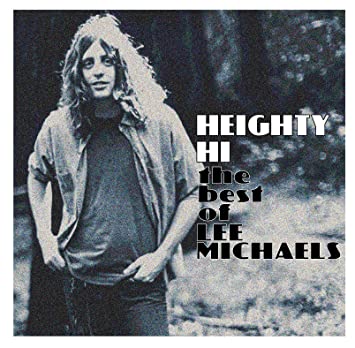 Staff member
Moderator
In 1996 One Way Records released individual reissue CDs of the A&M albums by Lee Michaels. A later album, 'ABSOLUTE LEE' from 1982, was assigned a catalog number but I've never seen either the original LP or the One Way version. Used copies of the One Way discs turn up regularly on ebay.

Staff member
Moderator
OK this is cool. Now where is the Complete A&M Albums collection from Head East?