Harry said:
In case anyone is looking for a mono FOOL ON THE HILL, I see one on eBay. 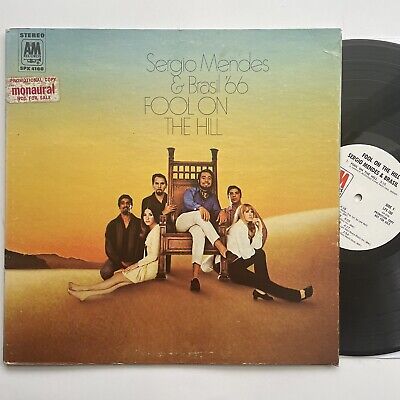 It'll cost you about $40 with shipping, but hey, if it's something you really want...
Click to expand...

And it comes with a Liberty Records inner sleeve!

Michael Hagerty said:
And it comes with a Liberty Records inner sleeve!
Click to expand...

That is nice but I stopped doing ebay a long time ago. I still make the rounds of used bookstores and record stores and the thrift stores. Maybe I will get luck one day. 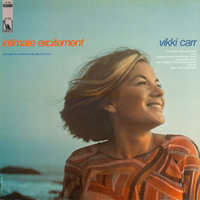 Curious, I found a pretty cheap LP of Intimate Excitement by Vikki Carr and it's an OK bunch of tunes. I've had a number of Vikki Carr recordings that I count among my favorites and this is an interesting excursion into Brazilian territory (with a sometime Spanish flare).

...often switching effortlessly between English, Portuguese, and Spanish. This album has never been released digitally that I can find, and probably one track on here has prevented that - it's called "Toys". It's all about how girls are just toys for boys.

Many of the other tracks HAVE found their way to some of her compilations.
L

Vikki's "Intimate Excitement" album from 1967 is one of my favorites. I love it's Latin feel with excellent arrangements from the renown Marty Paich. Another song from this album is the fantastic "Pretty Butterfly"--"No Balanco Do Jequibau" in Portuguese. For me, the late 1960s were the summit of MOR music thanks to all those great Brazilian songs heard on AM radio. How lucky I was to have been alive back then as a teenager. And super talented singers like VIkki and Eydie Gorme were at the top of list for MOR back then.

Staff member
Site Admin
I was just revisiting this thread to check something else out and played that video of "Pretty Butterfly" above. Great tune, but I'm assuming that it was sourced from that compilation pictured. If so, the compilers used a mono version of the track, and I can tell it was sourced from vinyl.

I'm just now working on making a better copy of the album digitally and realized that my LP has that track in full stereo. The compilers must have used the mono version of the LP, as this was from 1967 and Liberty was still issuing mono versions of albums.
You must log in or register to reply here.