All the CTI releases 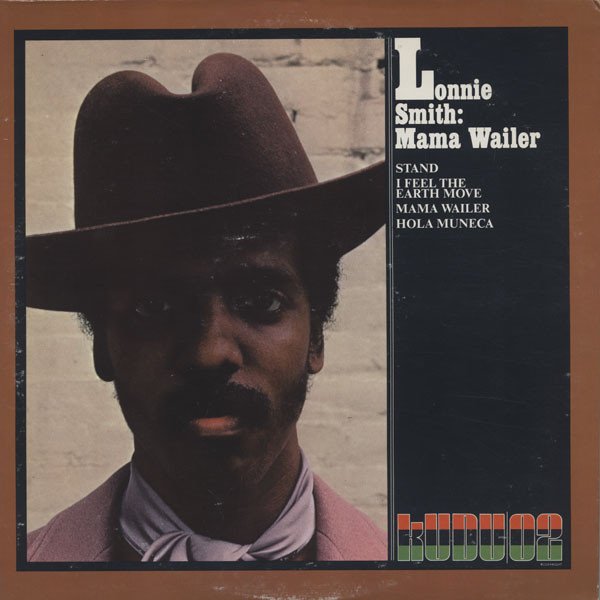 Explore songs, recommendations, and other album details for Mama Wailer by Lonnie Smith. Compare different versions and buy them all on Discogs.

Staff member
Site Admin
Thread Starter
This has become a favorite of mine produced by Creed Taylor. This is Lonnie Smith's lone album for Creed Taylor, on the Kudu label. Given the funk grooves that this album lays down, it's a great fit for the Kudu sound.

Two of the four tracks on this album are covers. The title track opens the album with a lazy horn riff and, a rarity on his records, Smith is playing the clavinet rather than the Hammond organ. This puts it squarely in the 70s, as many funk and soul hits of the day similarly used the clavinet (Stevie Wonder's "Superstition" and "You Haven't Done Nothing," Bill Withers "Use Me," etc.).

"Hola Muneca" is a Lonnie Smith original as well, first having appeared on his debut album on Columbia, Finger Lickin' Good. Only here, the Latin beat is replaced with something a little more relaxed. "I Feel The Earth Move" revs up the funk a few notches.

The standout here, aside from the title track, is the side-long "Stand," the Sly and the Family Stone song. Only, the cover version here seems almost like an afterthought, as it only takes up 2½ minutes. This track is like three songs in one. The next 5½ minutes lay into a thick, funky groove with Smith soloing throughout. At about the 8 minute mark, the tempo doubles, and the band breaks into a frenzy with a horn section that immediately brings to mind James Brown's outfit, and Grover Washington, Jr. (a Kudu favorite, as we'll see in the near future) lays in some deep tenor soloing to carry out the piece. The horn riff for this third section of the track is one that Smith would repeat many times in the future, including on record. (It appears as "Jimi Meets Miles" on a Hendrix-theme album recorded in the 1990s, and as "Track 9" on his final album Breathe in 2021.) The group works up a sweat right until the last moment, ending on a high note.

A great album, end to end.

This one transitions into that early '70s thing (Lonnie on Clavinet!) and while it's not my cup o' tea per se, and don't own the LP, I can't deny its congealed musical attributes: One quickly picks up on Lonnie's and Cobham's co-vibe...which keeps the musical content high. (This is worth mentioning given the risk that all groove-centric formulations can quickly diverge into boredomsville in the hands of ignorant amateurs who don't understand how to f e e l it. You know? I mean, think of the countless times we've all been aurally abused by crappy-ass bar bands that tried their hand at a one-chord vamp -- because they thought it was "easy".)

Yeah, I'll probably pick this one up.

Another "organ" winner for CTI.

JOv2 said:
One quickly picks up on Lonnie's and Cobham's co-vibe...which keeps the musical content high.
Click to expand...

That is one thing about the album I like--it locks into a groove throughout, without sounding "mechanical" if that makes any sense. I wish he had made a couple more albums for Kudu--it seems like a lost opportunity. As it was, he made a few more past this album that drifted more into R&B (one even featured him on Fender Rhodes), before disappearing for a while in the late 70s and reappearing in 1993 with a "power trio" format with the three recordings he made for the Musicmasters label, which featured Marvin "Smitty" Smith and John Abercrombie.

Another unusual thing about the album is the presence of two bass players--Chuck Rainey on one track, and Ron Carter on the others. It's understandable on "Mama Wailer" since Lonnie is on the clavinet, but the others feel different from other albums of his where he uses the pedals. He still does get in some of the bass pedals on "Stand" though.

Rudy said:
That is one thing about the album I like--it locks into a groove throughout, without sounding "mechanical" if that makes any sense.
Click to expand...

It does. It's both tight and loose -- a unique musical tension that is peculiar to funk. Lonnie's LP is truly marvellous. The salt-of-the-earth quality of funk is earnestly felt. (Unfortunately, things would really commericalize and smooooth out as things move further into the early '70s. That's when it lost that unique tight-loose tension and just became mechanical as you say.)
You must log in or register to reply here.