Thread Starter
I always wondered who the fella was...who was more or less decapitated on the far right: 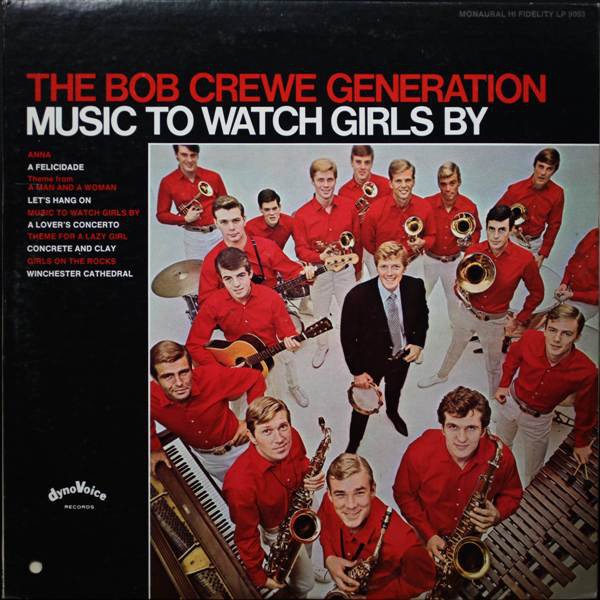 Hey, Doogie — gotta talk wit cha — the photographer told me he had to make some cuts on the photo you know to make it fit on our LP, so, man, he had to cut some of you off you know to get the whole group in—​
​
—But, Mr. Crewe! I told my mom I was gonna be on the cover and everything! I mean why not Bucky or Kip and his whole piano?​
​
Hey, babe, you took one for the team, ya dig? Look, we’ll get it on the next record…​ 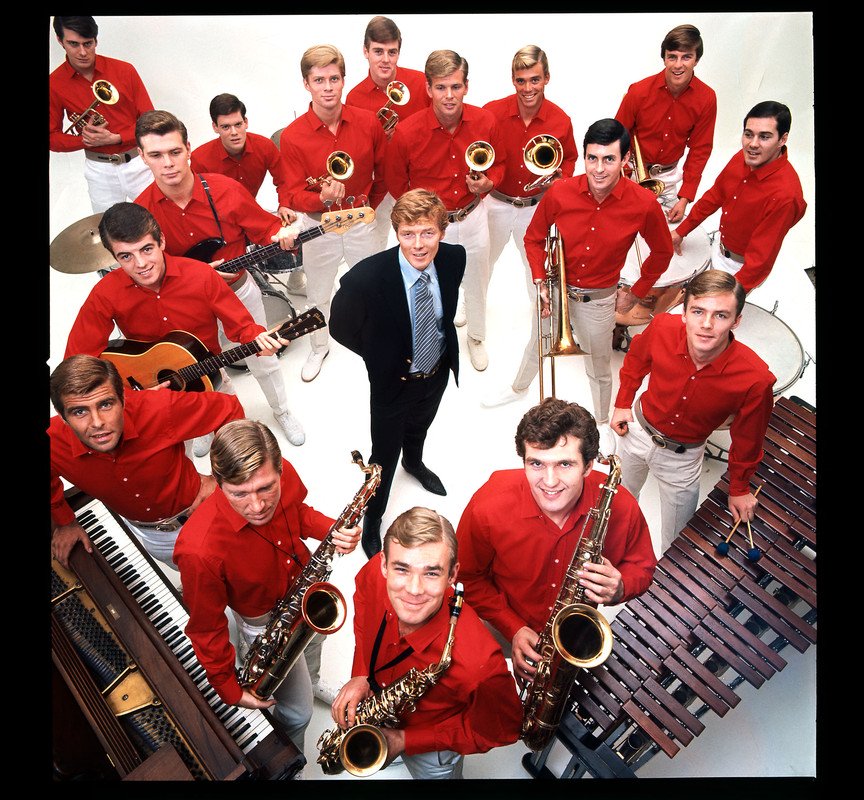 Here’s a link what is apparently the 24 photos taken for the LP cover:

Staff member
Site Admin
Kind of looks like a band of frat boys!

Male models for sure. Not musician’s..

Rudy said:
Like Star Trek...are these the disposable "red shirts"?

Only if they were wearing black pants...

Staff member
Site Admin
I remember using my keen detective skills when Bob Crewe's "Music To Watch Girls By" first appeared on the radio. My dad listened to the big MOR radio station in Philly that was on the AM dial, WIP. They had the personality DJs who talked to the audience in between songs and made them feel comfortable. I was drawn to the FM stereo stations because of the better sound.

Anyway Dad came home one day and said that Herb Alpert had a new record, and it was that Diet Pepsi commercial music. I hadn't yet heard it on the radio as the automated FM station was slower to add new stuff. For some reason, Dad had yet to hear the song identified - or at least he never associated the name Bob Crewe with anything. To him, it sounded like the Tijuana Brass, and as was typical, the song was often played as the station was headed to the top of the hour news.

When the records eventually showed up on the FM stereo station - still not identified on air that we'd heard, I immediately pointed out that the stereo was not the same as virtually every TjB recording with Herb's trumpet front and center. The trumpets on this record were off to the right channel - and that was my big clue that it wasn't a Herb Alpert record. I was finally proved correct when we got to hear the song identified as the Bob Crewe Generation.

TjbBmb said:
Male models for sure. Not musician’s
Click to expand...

This is highly plausible on a few fronts: (1) They're copping the sound of a septet -- yet their ranks more than double that; (2) There is a visually similar Good Housekeeping Seal of Approval look to the squad -- which would seem unlikely for ANY given group of 16 musicians (or even four!); (3) Clearly they were instructed on how to pose with the props...oops, I mean their instruments...oops, I mean the instruments they're holding; (4) Given we know Bob fancied men, these could be some of his gang...so to speak...
Last edited: Oct 10, 2021 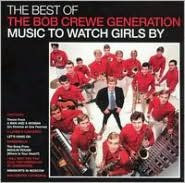 The Best of the Bob Crewe Generation: Music to Watch Girls By

Just doing some quick Googling, I highly doubt any of these are on the front cover. Especially Phil Bodner--he was born in 1917, so would have been older than all the surfers on the front cover of this record.

Those cats were all over Enoch Light's Command sessions. Bodner and crew were also involved with The Brass Ring -- one of the more tasteful TjB studio knock-offs during the '66-'68 run. The Brass Ring utilized twin alto saxes (Bodner) to ape the TjB trumpet-centric arrangements.
M

Bob Crewe was a well-known music writer and producer of the late 50s through the 80's.

His biggest ground, by far, was the Four Seasons and he plays a significant tole in Jersey Boys, the musical about their lives. Bob Crewe - Wikipedia

The Bob Crewe Generation was a group of studio musicians like the TJB.
You must log in or register to reply here.