Staff member
Moderator
Thread Starter
Stuff is so easy to miss these days. I am working on scenery for a new model train layout, and decided I needed some Bacharach music to soothe my tired nerves, so I first went to YouTube and clicked on what I thought was that best-of compilation that A&M did a hundred years ago, but what I got instead was probably the worst version of "What the World Needs Now" I've ever heard -- it had Burt singing, but it was like a horrible demo that should have been left on the cutting room floor. So I got specific and found the Classics 23 album from even longer ago. But, when I played that, there were political ads in between almost every song..... the heck with that!

So I did what I should have done first and went to Amazon Music, where upon doing a Bacharach search, found that there was a new EP by him along with singer Daniel Tashian released in July, called The Blue Umbrella. It's very good -- Daniel sounds quite a bit like Peter Yarrow, who sang "The Young Grow Younger Every Day" on the Futures LP. Definitely classic style Bacharach melodies and arrangements, unmistakable. The title tune and another called "Bells of St. Augustine" are just terrific. The only "criticism" I might have is that at least some of the drums on the songs are obviously computer-programmed, which is too bad -- it can make the beats sound too artificial. But the melodies, the piano and orchestrations are so good that that's a very minor quibble.

He also has just released a new "socially conscious" tune (not on The Blue Umbrella) called "The Great Divide" which is also pretty good, and would have fit right in on his At This Time LP.

Neither of these matches the glory of his efforts from his salad days, but The Blue Umbrella is probably almost as good as his collaboration with Elvis Costello, which I enjoyed very much.

Here's a link to an article about the new EP. 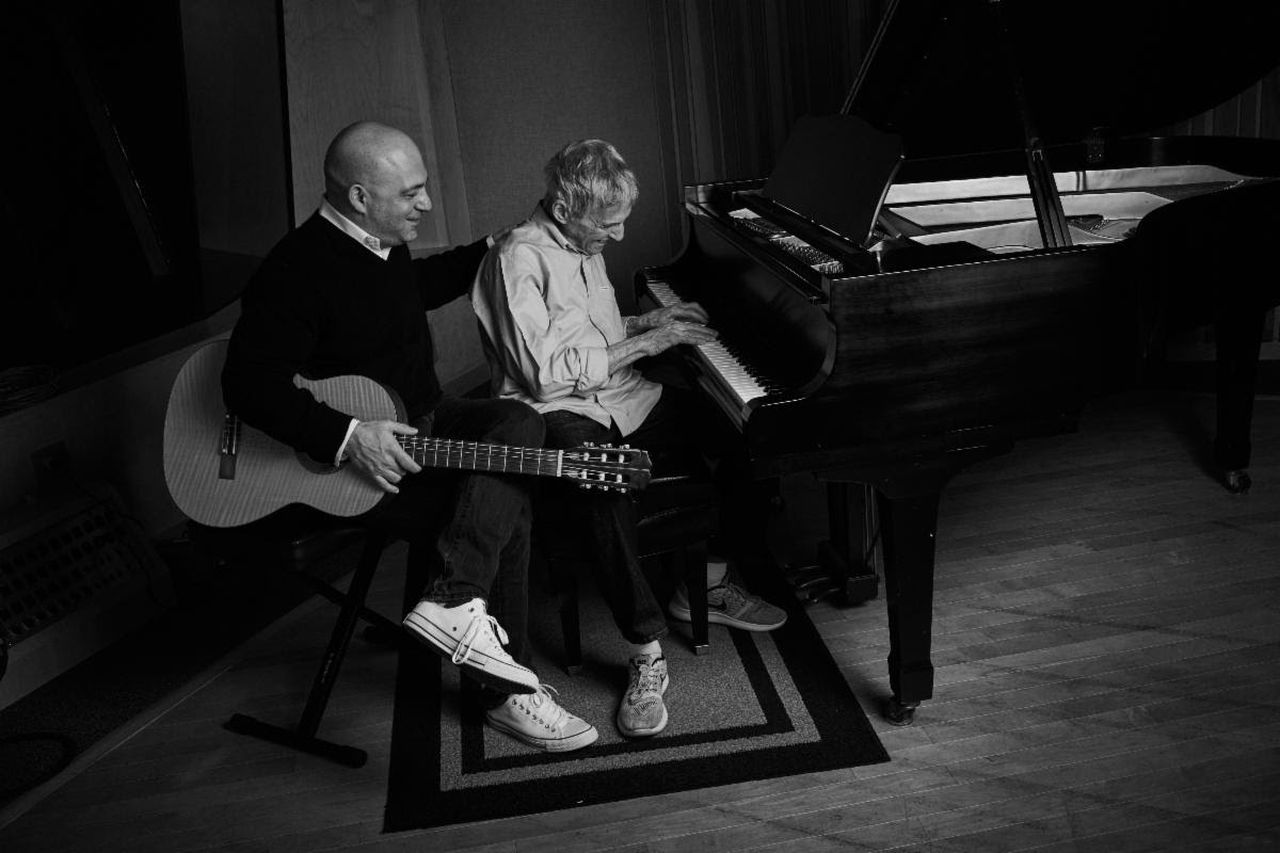 At 92, Burt Bacharach is back with a new album – and new musical partner

Staff member
Site Admin
This one?

At 92 years old, you would think most songwriters had retired to enjoy a quiet life. Not Burt Bacharach. On this new five-song EP release, he teams up with Nashville singer/songwriter/producer Daniel Tashian, fresh off his Grammy win for his work with Kacey Musgraves. They found they worked...

Like I said..... stuff is too easy to miss these days! (I'm at a loss to explain how I not only missed the EP's release, but your post about it! It's just another sign that this year is off the rails.)

I sounds lame, but I found it and previewed it and then forgot to buy it.

Mike Blakesley said:
( .....It's just another sign that this year is off the rails.)
Click to expand...

Ain't that the truth.

I've gotten my routine so far off kilter that I find I'm forgetting or overlooking things that should be blindingly obvious to me.

And part of my problem, too, is that I'll stream something, head over to the Qobuz store to put it in my cart, then forget about it for months. This EP was really inexpensive but I honestly can't remember (without looking) to see if I bought it or not.

Staff member
Moderator
Thread Starter
A couple of the songs are real ear-worms. That's one good thing about EPs, there generally isn't any real filler. I really really hate the ending to the title tune though, but I figured out a way to fix it with some shrewd editing!

I guess the one thing I wish this had was something uptempo. Most of the B.B. albums had at least one upbeat tune. But this is really good.

This isn't the only thing I've missed.... Cheap Trick is my favorite rock band and they've released three or four "cover" tunes in the past year that I overlooked until a couple of days ago. They've got a new album coming out in a couple months, too.

Staff member
Site Admin
That is one advantage to a streaming service--new releases are often highlighted, and the software I use for playback (Roon) lets us sort new releases by date, so I can scan through the newest to see what I've missed.

And the bands these days really appreciate it if we purchase their newest releases. With the inability to tour, and their entire road crew laid off indefinitely, every little bit helps.

Staff member
Moderator
Thread Starter
What's weird is I have "Amazon Unlimited" for streaming music, and I have several other Bacharach albums in my "My music" along with various related tunes from Carpenters, TJB, Dionne Warwick and others, yet this new EP never showed up in my recommendations.

Same story with Cheap Trick - in fact there is one album I actually bought as a download from Amazon and I have a lot of their older stuff in "My music" but no recommendation there either. I found out about their most recent stuff from their Facebook page.

Staff member
Site Admin
Amazon's algorithms seem to be geared more towards "sell! sell! sell!" than being intelligent enough to know your musical interests or to show you all the new releases available. With Qobuz (and possibly others), the new releases are in a specific category you can view along with everything else. They show a "grand selection" first (which are hand-picked by staff*), but they then let you view all new releases, which you can filter by genre.

*Qobuz is run by music lovers, so they have an editorial staff that previews the new releases to give us an idea of what the music is like. It's a little less impersonal than the marketing blurbs the other services offer, which are often the press releases given to them from the labels.
J

That is so great to hear! As a nonagenerian, he's still making music, where at this age people are right now ready to go into the next life. Burt keeps himself young by doing what he loves-making music. And at the same time, he has collaborators in Elvis Costello, Oasis, Chris Botti-and even Dr. Dre! Now he has a collaborator in this singer Daniel Tashian; all younger musicians than he, but he makes time to listen to them and collaborate with them, and that's what keeps him young. Same for his good friend Herb Alpert...
You must log in or register to reply here.