Wonder if he got the idea from Xavier Cugats "Bills Cha Cha" ?

Wonder if Herb got the idea from Xavier Cugat's "bill's Cha Cha"?

Staff member
Moderator
Thread Starter
FYI: Captain Badazz advises that Herb's web site is getting tuned up and that the music section will be brought current with all albums after HUMAN NATURE.

Making a rare CD purchase in this digital age with this one. Pre ordered, should be here Friday..

Herb Alpert, the legendary recording artist, and A&M Records co-founder, remembers passing on the Kingsmen’s recording of “Louie Louie” in the early 1960s. At the time, the record just didn’t speak to Alpert, he says. So, he trusted his instinct and passed on the opportunity to distribute the...

Spoiler Alert: "Fantasy Island" is not a Magic Man album remake, and it is an instant favorite.

The cd expected to be delivered today. Actually bought two and the other cd is being delivered to my brother today. As I got that free with some loyalty points from another avenue, I just treated myself to the hi res FLAC.

Solid release, in my opinion. Nice to see Eddie de Barrio pop up as a writer on one tune. You can definitely guess the tunes that van der Saag worked on with the distinctive sound how can I can only describe as programming, though that’s probably an incorrect term to folks who are more knowledgeable about music recording and sounds, and it drives me a bit nuts. Nice to see Jeff Lorber pop up because I’ve always liked their collaborations.

The cd packaging is very nicely done. I wasn’t a fan of the packaging for Over The Rainbow so I’m glad to see that some good, solid photography was done for this one along with excellent fonts and presentation for the information on tracks, acknowledgments, etc.

I am not much of a Beatles fan so I sometimes wonder why everyone is so enamored of covering their tracks. Even if they do, I tend to prefer Harrison over the rest of them. but he clearly is a fan of McCartney, in particular.

I was a bit disappointed with the cover of I’m Comin’ Home, which, of course, is from The Main Event live album with him and Hugh Masekela, which is probably my favorite record of his non-TJB recordings.I guess I’m just more appreciative of the original version. That live album has very good tracks on it and there are several that he could’ve used and, of course, I understand that he used this one because he is the writer of the tune. Given that Gwangwa and Masekela recently have died, I would’ve liked to have seen him cover one of the songs that they wrote.

My favorite tracks from this record are, at least so far: Catch the Wind and Billy Cha and Slick, The last one, of course, I’ve heard before. There is not a track on this album that I inherently dislike although, again, I’m not a fan of the Beatles and so I tend not to be naturally gravitating to covers of their songs. I’ll probably develop an appreciation of other songs on the “record” the more times I play it as this is typically the case when I get a new music purchase that I like and respect. But these are the ones that stood out to me upon a first pass.

Staff member
Site Admin
Wherever I've lived, I've always been the last on any delivery route. I've had this album on order since the day it showed up on Amazon. And we have an Amazon distribution center right in my very own zip code. So my update for today is: Expect delivery between 6:30 PM and 8:30 PM.

Same with mail. Everywhere I've lived, we seem to be last on the route. There's a phrase, "morning mail", but I cannot identify with it.

Coming late today still. I think this is the first time I've bought any album or cd from Amazon on release day..

I agree with David S. Solid release is right. Honestly, I was a bit underwhelmed by the new take on "Eleanor Rigby", and the new composition "Fantasy Island". Not that I was hoping for a fresh treatment on the 1981 tune of the same title, but this one just didn't grab me overall. Then again, I might warm up to it over time. Sometimes these things kinda grow on me after playing the list for a while. That being said...
Aside from these two [listenable] tracks, the new album is solid. Where Herb really shines here is on "Dance With Me", "Brazilian Moon", "Billy Cha", the new "Zoo Train" and "America The Beautiful", this time a bit more traditional than the 2014 version. As for "I'm Comin' Home"? Eh... mixed emotions. I still prefer the 1978 duet with Hugh Masekela, but this one's also decent in it's own right.
Yep. Definitely a solid release. I immediately ripped the CD to my laptop, so I can transfer the files to my music thumbdrive for the car.
A

I am getting the CD on Monday, October 4.

Exquisite. One of Herb's best. Is interesting America The Beautiful is on this as Yankee Doodle was on Just You and Me. Sister albums 45 years apart.

Upon subsequent passes, I’ll add Brazilian Moon and Will I See You Again to faves from this record.
A

Staff member
Site Admin
HERB ALPERT is... ...still making great records at the age of 86! The man is truly a national treasure.

I like this one a great deal. It'll get a lot of listens from me.

I am enjoying my digital dowload of Catch the Wind.Anytime I buy a new Herb CD I listen to it uninterrupted with headphones first. I resist the temptation to take out my horn and start jammin. However, after the first listen all bets are off and the jammin commences. Fun stuff...
Does anyone know where I can view liner notes , musician/producer credits etc.?

Rim Kasputis said:
I am enjoying my digital dowload of Catch the Wind.Anytime I buy a new Herb CD I listen to it uninterrupted with headphones first. I resist the temptation to take out my horn and start jammin. However, after the first listen all bets are off and the jammin commences. Fun stuff...
Does anyone know where I can view liner notes , musician/producer credits etc.?
Click to expand...

Tidal has complete musician's and producer credits, while as Spotify just has the writer credits. 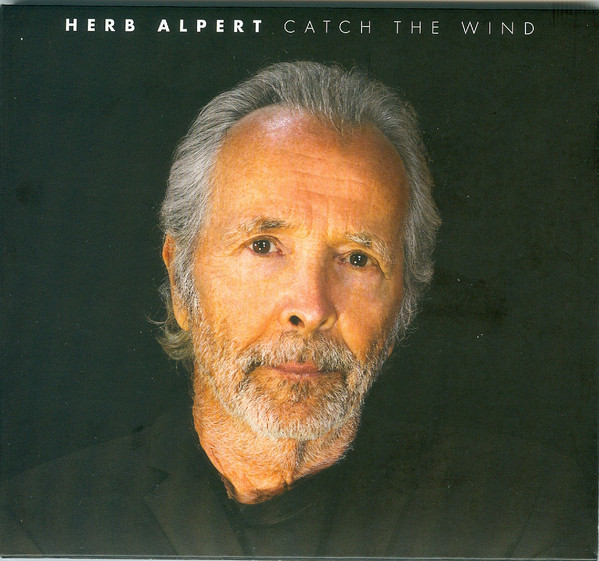 View credits, reviews, tracks and shop for the 2021 CD release of "Catch The Wind" on Discogs.

www.discogs.com
You must log in or register to reply here.

The "Close to You" story from Richard's new album, "Richard Carpenter's Piano Songbook"