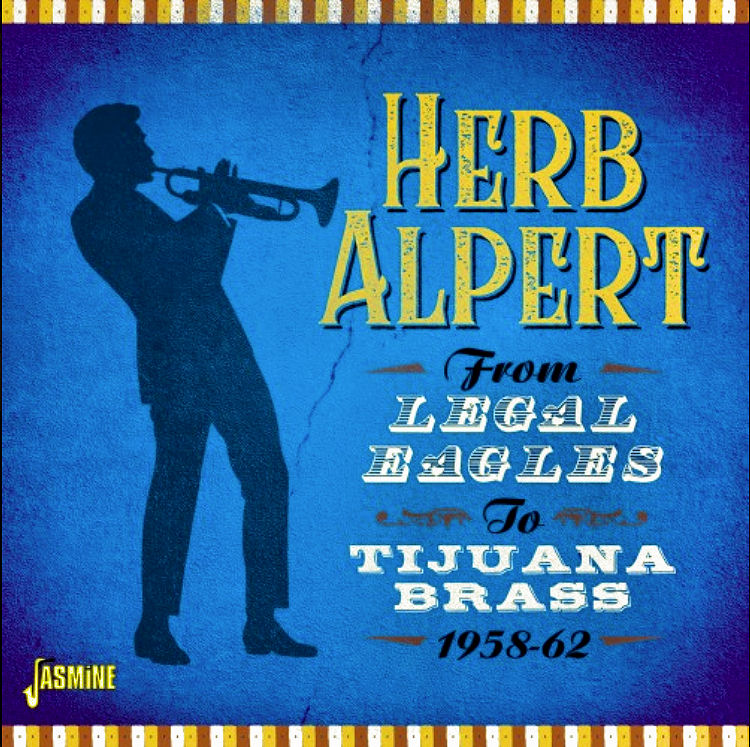 Jasmine Records is a reissue label based in London, and their latest crop of cds includes "Herb Alpert - From Legal Eagles to Tijuana Brass, 1958-1962."

"Before he arrived in the US Top 10 in November 1962, accompanied by The Tijuana Brass and their 'Lonely Bull', trumpeter HERB ALPERT had spent four years cutting mainstream Pop 45s, under various aliases.
These early 45s run to eight releases, an intriguing body of work which takes in popcorn teen vocals (three of which were bizarrely released under his newborn baby son's name, Dore Alpert), R&R instros and a novelty debut 45.
This unique compilation comprises these early 45s, alongside the mono single version of his breakthrough hit 'The Lonely Bull' and the first, million-selling Tijuana Brass LP, in stereo."

Along with early instrumentals, six Dore Alpert vocals are included. Here's a link to the track list on their website:
Herb ALPERT - From Legal Eagles To Tijuana Brass, 1958-1962 - Jasmine Records

If I'm not mistaken, Jasmine specializes in reissuing music that is now past the copyright limit (50 years?), which is why the entire "Lonely Bull" album is included. I'm guessing Herb did not authorize this cd.

Interesting compilation, though. Certainly a convenient way for us Herb fans to pick up some of Herb's rarities from his pre-TJB days.

Going against my better judgement I bought this CD and posted my personal review on the other thread discussion concerning this CD
You must log in or register to reply here.