This one's from The New Tony Williams Lifetime album Believe It. One of those melodies that runs through your head all day.

Moderator
Good thread. I have a feeling we'll be the only two conversing here.

Here's something I hadn't listened to in a long while, but someone but it on a Blindfold Test over at 52nd Street and I've really been digging this album again. It's by Johnny Lytle on his People and Love album on Milestone Records from 1972.

Captain Bacardi said:
It's by Johnny Lytle on his People and Love album on Milestone Records from 1972.
Click to expand...

Hadn't heard that one before!
A

Pulled out the homemade compilation of Joe Sample tunes I burned, a total of 15 tracks.

alpertfan said:
Pulled out the homemade compilation of Joe Sample tunes I burned, a total of 15 tracks.
Click to expand...

I've been meaning to listen to The Pecan Tree, as I'd picked it up but haven't really given it a listen yet.

Sample appears on an album I've been listening to a lot lately--The Art Of Tea. Sample isn't on this track IIRC, but it's one of my favorites on the album:

Staff member
Site Admin
Thread Starter
One treat I've been listening to recently is the HDTracks release of the Oscar Peterson Trio album Bursting Out (With The All-Star Big Band) on Verve. The sound quality totally kills the original CD, which had a strange tonality to it.

Industry Member
At the risk of sounding like an obnoxious self-promoter....the two jazz CDs I'm listening to this week are by friends of mine - thankfully, I really like them both. (The albums, I mean - I like the people too...

1) Ron Boustead is a songwriter/singer/engineer who, besides his own material, has great taste in off the beaten path covers. I produced three tracks on his album "Mosaic"; one of the other songs was written by Ron with Fred Hersch, who plays piano on the track as well. That means a lot to me because Fred was my piano teacher at New England Conservatory many moons ago - so to be on the same album was very cool.

2) Scott Mayo plays sax & keys and sings with Sergio, and I've known him for 20 years. (He's the guy with sort of dreadlocks who they feature a lot playing sax on American Idol.) He's been working on a solo album for a long time - it's finally out, called "Testimony", and it's got wonderful music on it...

Rudy said:
Sample appears on an album I've been listening to a lot lately--The Art Of Tea. Sample isn't on this track IIRC, but it's one of my favorites on the album:

Herb & Lani did two shows in Florida this year with Michael Franks opening - it was very cool to hear him compliment Lani on her cover of Mr. Blue from way back in the day....(she changed the title to Misty Blue)

Staff member
Site Admin
Thread Starter
It would have been neat if they'd sung "Misty Blue" as a duet! I haven't seen Franks since he toured for The Camera Never Lies. He used to do a Valentine's Day gig here regularly, but I don't think he's been around in the past few years.


Just wanted to say hello and keep in touch. Our touring schedule has been kind of light this past year and the band and I are looking forward to our upcoming dates. We played two gigs this past Spring in Florida with Herb Alpert and Lani Hall. It was wonderful to return to Florida (Claudia and I spent winters in Sanibel for 22 years). And what a pleasure it was finally to meet Herb and Lani! (She recorded one of my tunes back in the mid-Seventies). Claudia still loves Herb’s vocal hit “This Guy’s in Love With You.” And I’m hoping we can play more dates together sometime soon.​
http://www.michaelfranks.com
C

Moderator
I pulled out an LP I hadn't listened to in years by violinist Noel Pointer. This is from his Phantazia album:

In fact, the first of these two songs by acid jazz artist Praful, "Sigh", came up on the same Pandora channel I created and I got hooked on it. On the surface, "Sigh" sort of reminds me of $mooth jazz, but there is a lot going on deep in the mix that you hear on repeated listenings and it touches on a handful of genres. The song opens with sort of an orchestral two-note figure backed by a faint electronic pulse. The main rhythm of the song kicks off with (what sounds like) a Gretsch electric guitar playing a chord punctuated with the whammy bar, and a drum machine pulse. The bass is also synthesized. And later in the song, a two-count rhythm is played on what sounds like a Hammond organ (probably synthesized). Praful improvises over the top of it.


In "Teardrop Butterfly" there is a heavy Brazilian influence as it opens with the acoustic guitar and a wordless feminine vocal. It's when the rhythm kicks in that it reminds me of Bebel Gilberto's first album, Tanto Tempo, which merged electronica with acoustic Brazilian sounds (that album was produced and co-written by the late, great Suba). Like "Sigh" above, it is hypnotic and multi-layered the more you listen to it, and Praful improvises on tenor here. Sounds sort of ebb and flow out of it, including some pipes or flutes part way through. One might say this one skirts the edge of trance or ambient music.


Praful is an acid jazz artist from the Netherlands, a multi-instrumentalist playing saxophone, numerous keyboards, and various flutes and pipes.

I was takin' it to the bridge!

This one has some hard swingin' on a few tracks--this is one of my "Crank it up" favorites:

I still think this one equals, if not surpasses, Wave: 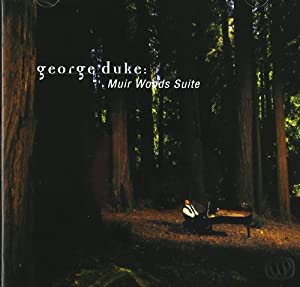 Moderator
I'm starting a two week vacation today and have a couple of albums I'm playing. The first is a great album by Frank Rosolino: 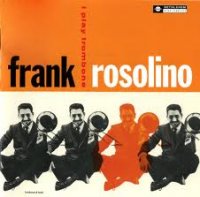 The other one is a really cool album by Steve Lacy:

Staff member
Site Admin
Thread Starter
Here is an interesting twist. Classically trained Nicola Conte is known more for his acid jazz and electronic bossa, yet his album Other Directions marks a 180 degree shift with a melodic and rhythmic jazz and bossa set. Blue Note only released it in Europe IIRC. The band is comprised of fellow Italian jazz musicians, and this track (no relation to the Miles track) is one of the highlights:


His "other side" is demonstrated with the track "Bossa Per Due", an underground hit from his early Jet Sounds album (which Acura used as a musical bed in a commercial). The track has influences from the swingin' cocktail era bossa nova/easy listening/loungecore genre with plenty of modern day touches. I first heard his name on a remix album, for a remix of a track by Suba. I don't even know how to categorize it, but it's certainly unusual...and catchy IMHO!
Last edited: Sep 23, 2013

Staff member
Site Admin
Thread Starter
So with the turntable down, I feel like one of my arms has been cut off.

Waiting a month or two to get a replacement stylus, which won't be cheap, but I don't want to use my worn one any further.

A young Maynard Ferguson plays on this set, and you can easily hear him on some of the tracks (like "Infinity Promenade" and "Short Stop". This one is "Boar-Jibu":


Find other videos from the same user, and you can hear other tracks from the album (matching the names on the cover above). It has all familiar west coast jazz names in the lineup, and Shorty's signature arrangements.

Rudy said:
Waiting a month or two to get a replacement stylus, which won't be cheap, but I don't want to use my worn one any further.
Click to expand...

Luckily there was yet a place to order my recently purchased new stylus from, way different from where I got my last one from... (And 'Ordering Online', is all I remember!)

I must have been playing more records w/ my last stylus if I felt the need to replace that one, compared to the one before which I think'd lasted FIVE YEARS!

Staff member
Site Admin
Thread Starter
ECM Night™ at Casa Rudy. Aside from a couple of Metheny titles, these few are up next:

ECM vinyl always sounds excellent (provided you find a clean copy), but I'm stuck listening to digital for a bit yet. I lucked out and found a used copy of Solstice that is very clean; beats the ratty (and pricey) copy I got from the crappy big record store here on Gratiot Ave. on the east side. (I'm done going there--screwed too many times with $#!^ty vinyl.)

Staff member
Site Admin
Thread Starter
Still in an ECM mode to finish out the evening. These two have a bit in common:

Eberhard Weber is bassist on Watercolors. As well as Lyle Mays on keyboards.

This also got a spin:

Metheny was so enamored of this project that February will see the debut of the Pat Metheny Unity Group on record, with a tour to follow. The band will consist of Metheny, Chris Potter on saxes, Antonio Sanchez drums, Ben Williams bass, and Giulio Carmassi on keyboards.

Rudy said:
Still in an ECM mode to finish out the evening. These two have a bit in common:

This is an underrated album. Metheny does some nice playing here. There's something about "Sea Song" that really grabs me. Always loved the ECM titles. The vinyl always seemed very quiet.

Moderator
Have you ever heard this album:

It's a live date from 1979 on the Jazz Door label. I guess it's a bootleg but sounds pretty nice. The tracks are:

Staff member
Site Admin
Thread Starter
I'm not sure if I have that one or not--a friend of mine in Portland sent me a stack of Pat's bootlegs and this one seems familiar. I should see what I have.

I do have one semi-official LP of a Metheny concert that I think took place after the first or second Group album--it's on Warner Bros. and was distributed via the Westwood One radio network.

In fact, I'm about to sign off and put on the live version of The Way Up (in HD video

). I'm listening to a few tracks from Song X right now. This anniversary addition adds a lot of tracks. Still not sure if I like the whole thing

but "The Good Life" and "Word From Bird" are catchy.

"Oasis" is my favorite from Watercolor; I do like "Sea Song" also, being one of his long-form works.

Feb 21, 2021
John Adam
David Pomeranz Interview on Carpenters and "Tryin' To Get The Feeling Again"