On the fence on seeing Sergio this Friday in NYC

Thread Starter
Sergio and the gang are performing at Sony Hall on Friday, and to my surprise I'm on the fence on whether I want to get a ticket.

I hate Sony Hall. If Sergio were playing the gorgeous Beacon theater, that might convince me to take the plunge.

Sergio always puts on a great show and knows how to entertain, but the last few times I have seen Sergio live, it's pretty much the same show...most of the hits, the "Primal Roots" Brazilian rhythm section, the lengthy, painful and annoying rap crap and the electronic sweetening. Nothing new. At this point, he knows what most of his fans like and expect - and they don't want anything different.....I guess that's true of every concert performer. I can't forget Karen Philipp's caustic remark in PLAYBOY (1972) "There's no spontaneity anymore. The show I'm performing in is prepackaged. It's formula music, sophisticated Muzak. I hate its predictability. Like the Brazilians have a saying: 'It doesn't smell good, it doesn't smell bad, it just doesn't smell.' And that's a real drag."

Does anyone else feel similarly about concerts by performers you love?

Staff member
Moderator
I haven't seen Sergio, but I have seen one act several times that totally gives me that feeling: Mannheim Steamroller. It is literally like listening to the records to watch them play, and there is absolutely no deviation from the recorded arrangements whatsoever. Plus their music all sounds incredibly dated. And of course Chip Davis and the rest of the original players are retired from touring, so you're basically watching a band of unknowns perform perfect re-creations of the records. I used to count them among my favorite artists but their music has definitely not aged well, for me at least. At Christmas, I still play Herb's album multiple times, but I haven't played any Mannheim Christmas music in years.

I've always wanted to see Sergio, but about 90% of my favorites of his music are on the albums starting with Look Around and ending with Primal Roots; so the chances of hearing a lot of the tunes I consider favorites (outside of the hits) are pretty slim. His recent music is too "dance" oriented for my taste and has all pretty much sounded the same for the past four or five albums. If he would tour with Lani Hall, that would change the equation of course!
J

Contributor
Every time but one I've seen Sergio, it's been a very typical show, though I have to say the last time he was in PDX, a lifetime ago, he did a lot of unexpected material. The one show that was different was his appearance outside at the old PDX festival Artquake (*two* lifetimes ago, LOL), where he was the feature one year, right when The Real Thing was charting. He didn't do the rhythm "half time" bit, and he really let Carol and Buzz Feiten in particular strut their stuff.
J

Contributor
In remembering more about Artquake, I think he actually did do an abbreviated rhythm thing with two players. I can't remember the entire band right now.
L

Tulita Pepsi--Having to pay almost $90 for the same old show, especially with all that rap and electronic sweetening--for me--I would pass. Better to play one of the classic Brasil 66/77 albums from 1966-1972 and savor that great sound the way it was originally meant to be.

Staff member
Site Admin
@TulitaPepsi Your reasons are pretty much why I skip attending concerts anymore. I don't even bother looking at tickets. The only thing I'd go see now is a classical performance.

Price--yeah, pricing has gotten outrageous, especially in my area where many promoters seem to be greedy and our concert prices are higher than in other states adjoining ours for the same artist on the same tour. Do I pay $100+ per seat, or buy the $30 BluRay version a year later? I'll take the latter--I can pause it, grab a snack, and not have to wait in line to use a sticky, filthy bathroom...and actually be able to hear the performance and see the performers.

Venue--there are a couple of local venues I won't pay to see a concert in. We have one here that has such a long reverb trail (about 8 seconds!) that it's almost impossible to hear the music. When I did some work for a band and visited them during the sound check, the engineer counted off how long the reverb trail was in the empty amphitheater. With bodies in the audience it gets somewhat better. A buddy and I later saw David Sanborn there and it was the same issue...and Sanborn's engineers seem to love cranking up the highs to the nearly painful point, which only made it worse.

So, sound quality does figure into one reason I avoid some venues, while location is another--there are some places I just won't travel, or the venue has something I dislike enough to avoid it. (I'll never attend an arena gig ever again; a shame, since there were some bands I wanted to see in the recent past, like Rush's final tour, but knowing it was an arena gig kept me away.)

The performances, too, I can agree that some performers just regurgitate the same program year after year. It's much like oldies or classic rock radio--there's so much repetition because that's apparently what the general public wants to hear.

That is one reason I would like to see a band like The Mavericks, or BR549 if they ever regrouped--they're known to pull out some cover songs that take the audience by surprise, and they even change up their setlists so that if you attend the first night, the second night would have several changes.

Repetition (and poor sound) is why I stopped going to Steely Dan concerts. 2000 was cool (and Roger Nichols was one of the engineers), and 2003 at least added a couple of tracks from their then-new album. 2006, the sound was sorely lacking (exact same venue) and it was basically a repeat. I'd see Fagen

Thread Starter
I didn't go.
Just remembered something about the last few times I saw Sergio: there was a LOT of rap....five for six numbers with either mostly rap or having it stuck in.
So much so, the people around me - older folks like myself - grumbled disapproval.

Somehow I don't think they would object if Sergio did something REALLY different. Like this:
Four musicians, two singers. No sweetening, no rap.

I must be VERY much out of touch, but I don't get how rap has anything to do with Sergio Mendes? Is he actually doing rap music? And if so, what possible connection could this possibly have with his groups from the 60s or 70s that we celebrate here?

Moritat said:
I must be VERY much out of touch, but I don't get how rap has anything to do with Sergio Mendes?
Click to expand...

Staff member
Moderator
His last four or five albums have had at least three or four songs each with rap included.

Of all of them, my favorite is "That Heat" from the Timeless album which is based on "Slow Hot Wind" from the first Brasil '66 album. That's a very inventive arrangement and the rap is catchy. I'm still kind of amazed how will.i.am was able to "hear" that arrangement from just listening to that song.

As for "Mas Que Nada" there is no topping the original version in my book. He's recorded it at least 4 or 5 times now and has done it justice each time, but the original is just too great to beat.
L

The renown Ray Charles had this to say about rap in a June 9, 1994 Los Angeles Times interview: "You have to remember I'm a musician. So rap doesn't do anything for me. I can't learn anything from it. Rap is like reciting poetry--I could do that when I was 7. All you have to do is match (the words) with the rhythm. That's nothing."

Staff member
Site Admin
I can't say I "hate" hip-hop (which technically is the genre that rap falls under), and there are maybe a small handful I actually like. Mostly earlier, like the original Sugarhill Gang 12" single "Rapper's Delight" that sampled (or actually, copied) the bassline from Chic's "Good Times" and rapped over it. (From what I've read, the term "hip hop" originated with this song's lyrics.) Grandmaster Flash and the Furious Five...classic stuff, like "The Message," a tale of a day in the life, in the 'hood. And sure, M.C. Hammer's rap might have been a bit sanitized in its day, but at least he made it fun, and leaned more into the inspirational side at times. Never got into the "gangsta" side of it though.

Regardless, though, it's just the music of a generation and part of its culture. Just like big band dance music was for our parents or grandparents, and acid rock, soul/R&B, etc. are examples of the music of the generation that followed. Each continent or country had its own generational genres which became popular.

I can't say it's a good idea to cross hip-hop with anything and everything. But we can simply not listen/buy something if we don't like it.

Mike Blakesley said:
Of all of them, my favorite is "That Heat" from the Timeless album which is based on "Slow Hot Wind" from the first Brasil '66 album. That's a very inventive arrangement and the rap is catchy. I'm still kind of amazed how will.i.am was able to "hear" that arrangement from just listening to that song.
Click to expand...

I'm sure Sergio got a giggle out of "...boobies* like tooties that fog up your goggles."


Mike Blakesley said:
As for "Mas Que Nada" there is no topping the original version in my book. He's recorded it at least 4 or 5 times now and has done it justice each time, but the original is just too great to beat.
Click to expand...

The definitive version, and also his signature song.

It's my go-to for Sergio's many versions as well. 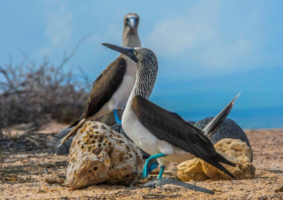 Staff member
Site Admin
Sergio's FOOL ON THE HILL cover showed that he was in the forefront in that regard.
You must log in or register to reply here.

Herb Interviewed in the Hartford Courant