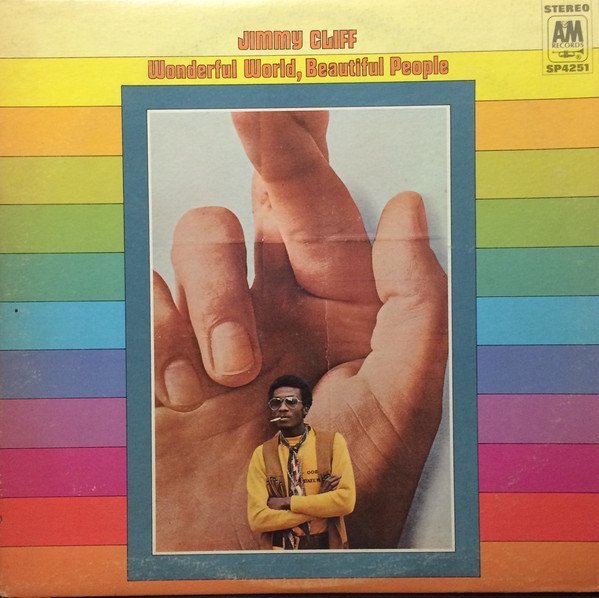 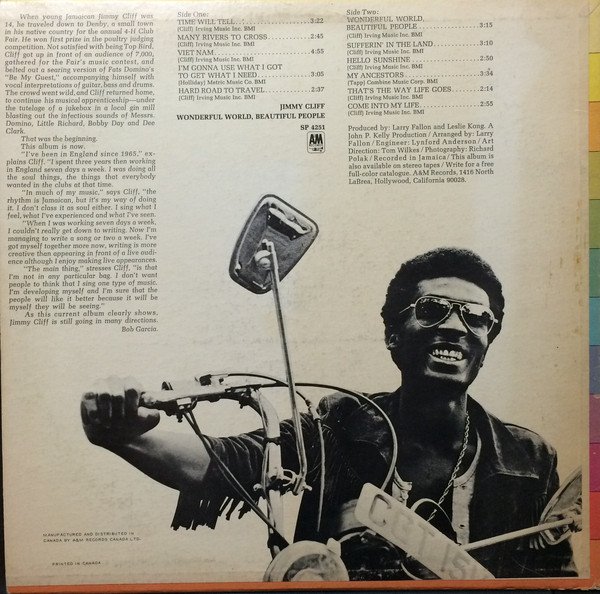 Staff member
Site Admin
I've only ever heard the title track. It's on two multi-artist compilations I have: one is A&M FORGET ME NOTS, the other is that rare Japanese A&M HISTORY 100.

Staff member
Moderator
His other material from this time frame either came out on Island label overseas or was spread around on various artist compilations. Proposed domestic albums for A&M were SP 4286 WILD WORLD -- the title tune being a Cat Stevens cover --, SP 4318 ANOTHER CYCLE and self-titled SP 4334. Cliff appears on REGGAE SPECTACULAR, a double LP with other artists. Apparently the single disc REGGAE CHARTBUSTERS (SP 4256) was cancelled in favor of the expanded set.

The title song got a tremendous amount of airplay back in its day. This is one of the few One and Done albums that I actually did see in a store but did not buy it.

Here too. His big breakthrough was 2 years later with the soundtrack to his kind of fun, but strange movie The Harder They Come. I just watched it again last summer on TCM. I saw it in 1976 while in college in Chico, Ca. We had a small art theater that catered to the college students, only $1.00 to get in on Thursdays. Most of the soundtrack is his music.

Staff member
Moderator
I've long believed (and LP Jim may agree) that the other Jimmy Cliff LPs found on A&M lists and never released, were likely scheduled, but by the time they were to have come out, Island finally had their own US presence. I don't have my reference material in front of me, but I seem to recall a couple other Island artists had A&M releases scheduled but ultimately ended up on Island US proper.

Staff member
Moderator
Quite true, and the best example is 'BOB AND MARCIA' slated to be SP 4331. A single "Pied Piper" (reggae cover of a '60s oldie) was a popular single in the U.K. Some of their material appeared on the A&M REGGAE SPECTACULAR double album. Many years later a 'Best of' CD compilation came out. There's an LP on Trojan label titled 'PIED PIPER' and another, 'YOUNG, GIFTED & BLACK,' with a title song later covered by Aretha Franklin.

I own a Forget Me Not 45 of this classic. Another Son's commentary is spot on. A great classic.
You must log in or register to reply here.