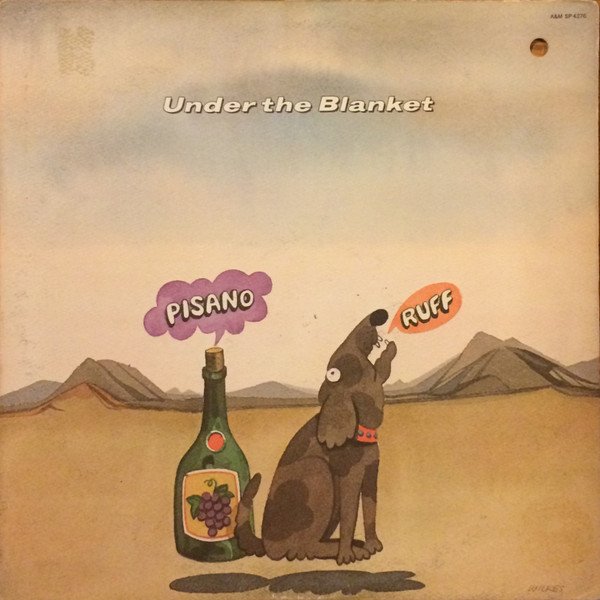 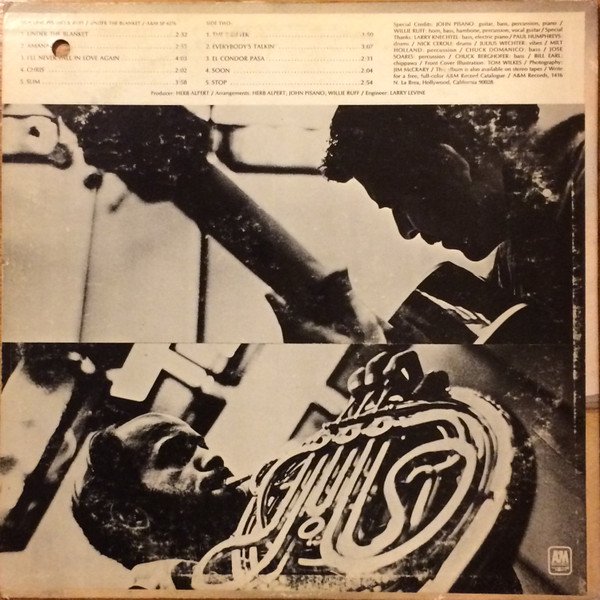 Staff member
Site Admin
I still remember that close to our radio station there was a store called the Record Museum. They were different in that they had all sorts of empty jackets sitting out in the racks that one rifled through, looking for whatever. If you wanted to make a purchase, you took the jacket up to the counter where they'd either grab a brand new copy, or if it was the only one, they'd bring you the record that went with the jacket.

That was the case on the day that I found PISANO & RUFF. I had no foreknowledge of this record, but looking on the rear and seeing both John Pisano's name, Nick Ceroli, Julius Wechter, and Herb Alpert, it was a no-brainer for me to buy. Also, it had a discount price written on the cover of $1.26.

This record museum made a good bit of profit off of the fact that most of the city's radio stations were all located close-by. So DJs and program directors would routinely run a bunch of promo albums up to the store and probably got a quarter or half dollar for each, then Record Museum turned around and sold them for a few dollars. My copy of PISANO & RUFF has a white label and a promo hole in the cover. I believe that most of this title was in the promo realm. During that time, I never heard any of the tracks on radio, so this one really flew under the radar.

It even made a pretty nice needledrop when I was able to make one - and then sure enough, Japan came out with a genuine CD in 2002. It's also had a few other release periods over there. 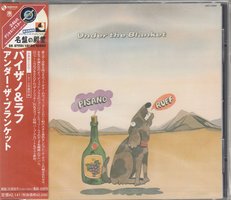 There was a period of time back in the late 1990s and early 2000s where Herb Alpert product was out of print and really hard to find. I always had a feeling that the Japanese worked around that by finding anything with Herb's name on it to release to their hungry public, and this felt like one of those releases. Others were things like Bacharach tributes and other multi-artist compilations and anything that he'd produced or been involved with.

This album is extremely mellow - kind of a late-night, party winding-down album.

Staff member
Site Admin
I got about two or three tracks into this one and had to turn it off, and that was years ago...

Thread Starter
To this day, every time I play this unique release, in my mind I thank Mike B. for his recommendation back 15-or-so years ago. The record is understated, calm, modest, and what have you -- all in a slight air of peculiarity. I like to think of it as akin to a group of artists gathered in a living room round about 1AM passing the guitar around and musically reminiscing about worldwide accomplishments...now seemingly deep in the past.

My favourites are the title selection (with that oh-so-smooth French horn), I'll Never Fall in Love Again, The Drifter, El Condor Pasa, Chris and Amanacer.

The select few LP friends I've played this release for have found it to be engaging.


Rudy said:
I got about two or three tracks into this one and had to turn it off, and that was years ago...
Click to expand...

I'm sure it will grow on you...just give it a chance. It's very melodic and thoughtful.
You must log in or register to reply here.