Could you imagine Karen being offered a BOND song? Everytime I hear Rita Coolidge, who I love...she so reminds me of an older sister or cousin of Karen's...she has a much raspier voice. I've always loved the LOVE CAME FOR ME from the movie SPLASH....and imagined Karen singing it....
T

cam89 said:
Could you imagine Karen being offered a BOND song? Everytime I hear Rita Coolidge, who I love...she so reminds me of an older sister or cousin of Karen's...she has a much raspier voice. I've always loved the LOVE CAME FOR ME from the movie SPLASH....and imagined Karen singing
Click to expand...

I still think that had she lived, Karen would’ve been tapped for the Jennifer Warnes part on “I’ve Had The Time of my Life” from Dirty Dancing.

Harry said:
There's a long story about that song. Look it up on Wikipedia where the whole set of details is laid out. Suffice it to say here that the song involved Don McLean, Lori Lieberman, Charles Fox, Norman Gimbel, and Roberta Flack and an airplane ride.

Thanks, @Harry, for both the video version by Lieberman (very nice, she has a very pleasant voice), and for referencing the Killing Me Softly with his Song backstory.

Quite an involved tale, and I'm glad that Lieberman's role in the song's origin is now essentially settled (in her favor).

More of Carla Williams' tribute album:
MOBILE, Ala. (WKRG) — "After years of hard work, a Mobile recording artist has just recorded her dream album.
The album, called “A Tribute to the Carpenters” is getting a lot of attention.
Carla Williams hopes to honor the 1970s music legends, The Carpenters, in this album."
"Williams said she is most at home when she is on stage singing. While country was her preferred genre of music for years, this latest album is in the pop realm. Williams launched her singing career in Nashville nearly 15 years ago but put it on hold while her children were little. Then, Grammy Winning producer, Michael Omartian, tapped her to sing on the tribute album because he felt her voice sounded very similar to Karen Carpenter’s voice."
“This is not a Carla Williams album. This is a Karen Carpenter album. I want people to bring her legacy back to life and understand the genius behind the music they recorded,” said Williams. Williams said she didn’t want to release the album until her team had the blessing of Richard Carpenter,
Karen Carpenter’s brother, who now lives in California. They sent him a rough cut a few years ago, and he gave them a thumbs up.
“He wrote us back and said that she (Carla) delivered these songs lovely, and I wish her the best,” said Williams. 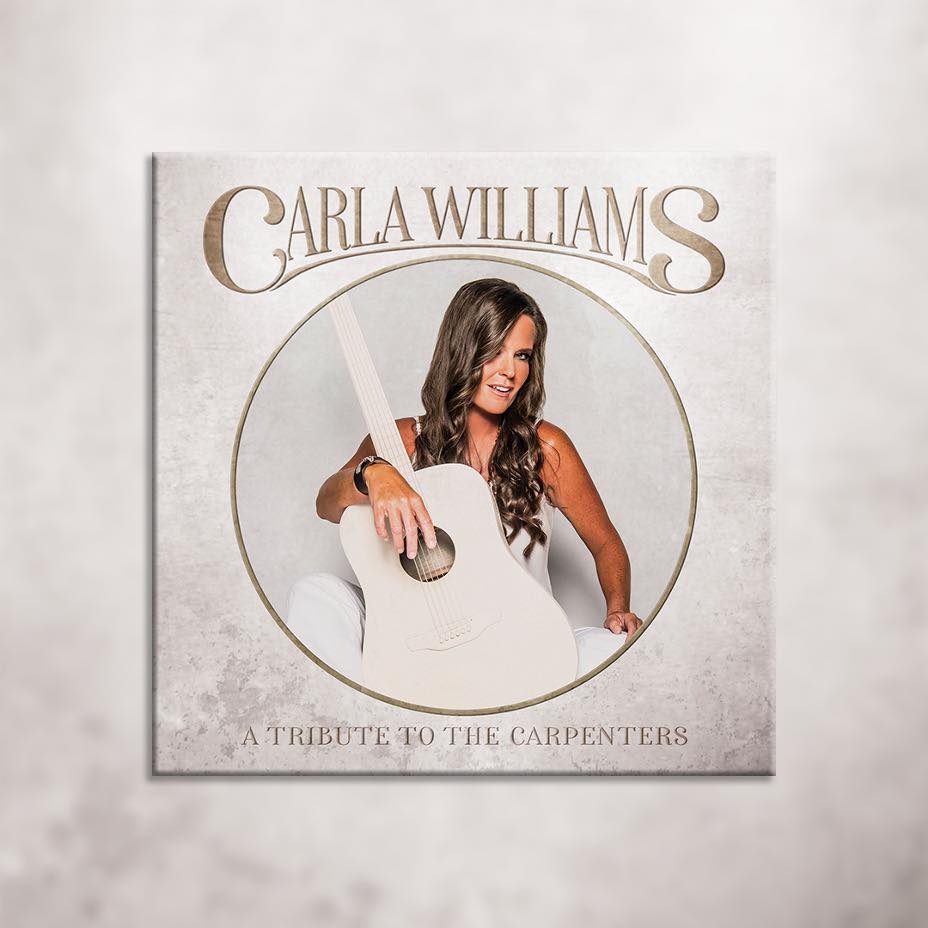 ‘They told me I sound like Karen Carpenter,’ Mobile singer releases tribute album

After years of hard work, a Mobile recording artist has just recorded her dream album. The album, called “A Tribute to the Carpenters” is getting a lot of attention.

Melissa Manchester's Don't Cry Out Loud was (if I remember right) #22 on the chart, and rising (I think it topped out at #10).

Anyway, by the end of the first chorus I heard Karen singing it, and think she'd have done an amazing job with it. It's the type of song that Karen's natural vocal melancholy would have played to perfectly, making it an even more intensely emotional listening experience, IMO.

Listening to the top 40 songs of that time (early 1979) reminded me that there were pop songs on the radio in 1979 that were right in the Carpenter wheelhouse and could easily have been hits for them as well, but for all the reasons we know, that was a bad time for them on a number of levels, and with their heyday past, might not have gotten the air time no matter how good it was.

Which brings up a question, actually, for those who knew radio back in that era. Before introducing the next song at #21 (Billy Joels' My Life) Casey Kasem makes the case that while artists make the music, "radio decides whether a song is a hit". In the case of Billy Joel, Philadelphia top 40 radio was playing some of Joel's early live stuff and it caught on, with big listener demand in eastern PA, leading to Paramount Records noticing Joel's work and offering him a contract.

I would imagine that was much more the case back in that era, though it did make me wonder how much of a role labels played in terms of promoting or "buying" their way into pop airplay, at least to see if a song catches fire. Once a song became a smash, I would guess the radio station then had little choice but to keep it in their rotation.
A

Actress & singer Sally Kellerman "Triad" (written by David Crosby) (Produced by Barry Manilow & Ron Dante) (from 1973) Song did not charted on Billboard. (audio only)
A

Wow! I didn't know Connie Stevens had made these records. She was the first female singer/actress that I had a crush on. I was in grade school then and didn't know anything about records. I wouldn't have had money to buy them anyways. But I did manage to collect (I think) all of her Warner Bros recordings. But somehow I missed these. And I would have had the money then and I knew about records then so I definitely would have grabbed them up. If only I had known! I found two others that I especially like: "Something Beautiful" and "The Greenwood Tree". She also has a song called "Wild is the Wind" from her "From Me to You" album that is truly wonderful.

I always thought Connie was beautiful.

Behind the music - Liliana​

Dublin singer/songwriter Liliana has released her new single, Again. We asked her the BIG questions...
If you could only listen to one song for the rest of your life, what would it be?
"Such a hard question as I love to listen to all different types of music. And I’d say that although I don’t always listen to this genre, the one song I’d listen to forever would be (They Long to Be) Close to You by the Carpenters. It’s completely different to what I normally listen to but just has a way of putting a smile on my face and that’s a feeling that hasn’t gone in all the years I’ve listened to it." 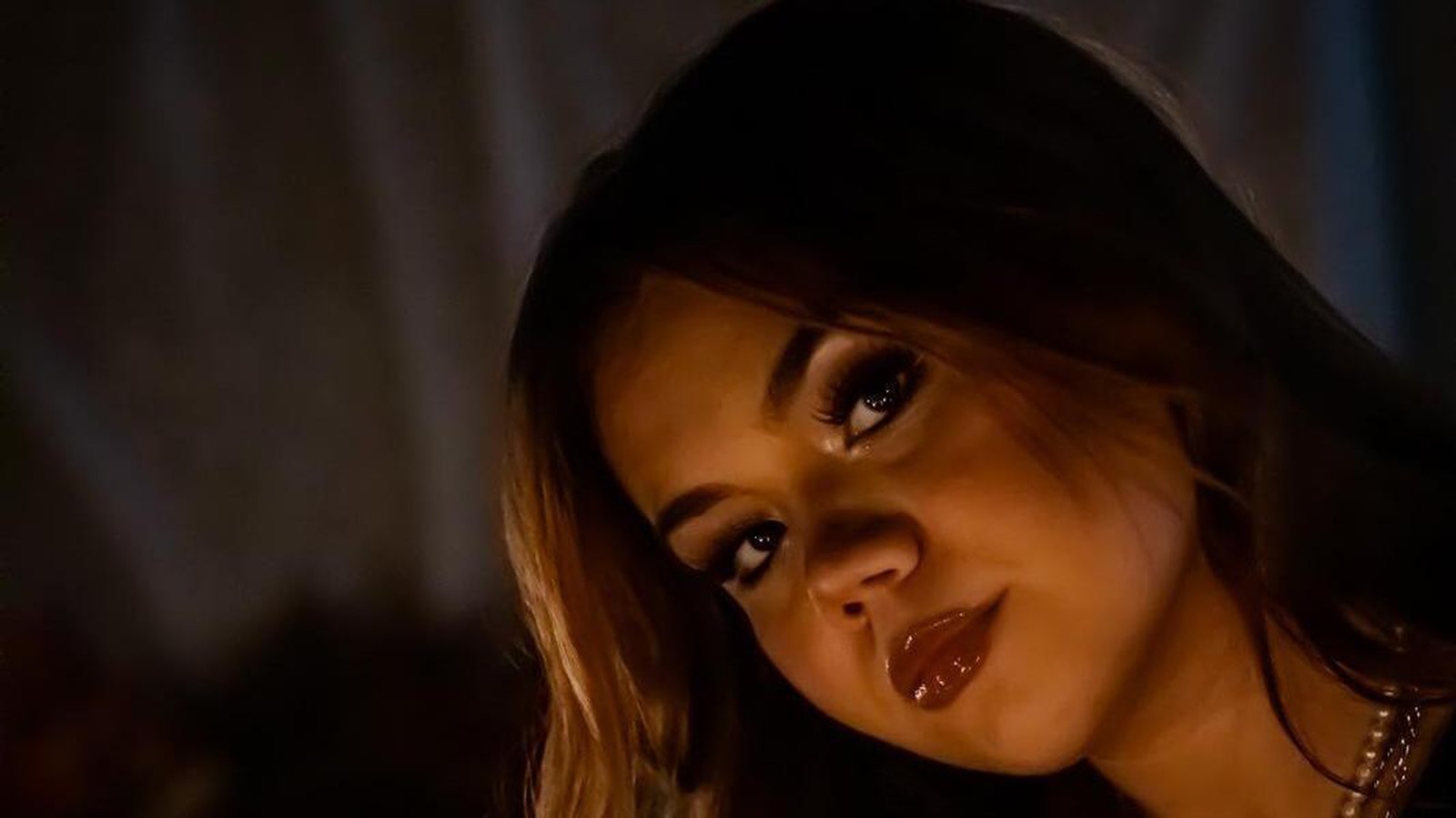 Behind the music - Liliana

17-year-old Dublin singer/songwriter Liliana has released her new single, Again. We asked her the BIG questions . . .

AM Matt- listening to this got me on a roll with Rumer, and I eventually found her Bacharach songbook album. It’s terrific! Thanks.
R

Another artists that deserves mention is Merilee Rush. Her career was short but I did find her lp with Angel Of The Morning and That Kind Of Woman on it. The former never got airplay when I was young in this area but the latter song did get a lot of airplay.
A

Staff member
Site Admin
"Angel Of The Morning" by Merilee Rush was played a lot in the Philadelphia market. And a remake by Juice Newton in the 80s got some airplay too.

Harry said:
"Angel Of The Morning" by Merilee Rush was played a lot in the Philadelphia market. And a remake by Juice Newton in the 80s got some airplay too.
Click to expand...

I remember a song called "Save Me"...( take me away from the action) or something along those lines. Really loved that track.
You must log in or register to reply here.

Am I The Only One Listening?