Staff member
Moderator
Thread Starter
Gordon Anderson, formerly of Collector's Choice Music, has moved on shortly ago to Real Gone Music. They do re-issues including some from the A&M back catalog. Here is some info for Paul Williams fans:

Successful recording artist, with six charting albums to his credit. Writer of such songs as "Rainy Days and Mondays," "We've Only Just Begun," "Evergreen" and "An Old Fashioned Love Song." Actor in such films as Smokey and the Bandit. Long-time television talk show personality and host. Recovery advocate. And currently President and Chairman of the Board of ASCAP, the publishing rights organization. Yes, Paul Williams has a list of accomplishments rivaled by very, very few. And now Paul has joined another very select list: artists who have autographed a release on our Real Gone Music label! 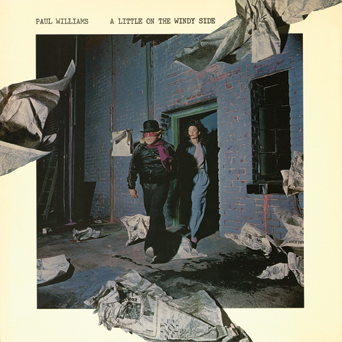 Well, okay, we doubt membership on that last list means THAT much to Paul, but it sure means a lot to us! One reason we think Paul took time out from his insanely busy schedule to sign copies for us is because we are putting out one of his favorite albums. His sole release on the Portrait label, where he went after A&M, A Little on the Windy Side brought Paul together with his brother Mentor Williams and a crack line-up of Music City session men including David Briggs, Reggie Young and Troy Seals. The result was what Paul deemed "one of the most listenable and good-feeling records I've ever been associated with," and our Expanded Edition adds four bonus tracks (three unreleased), plus liner notes from Joe Marchese and a sweet remastering job by Sean Brennan at Battery Studios in NYC. The first 50 customers to order from us get a signed booklet or tray card for free, so hurry!