GaryAlan said:
Interesting to read the above, thanks.
I've always loved the song, Something In Your Eyes.
After reading the above, I have many a question !
(1) "endless number of sessions to get her track completed"....how many, actually ?
(2) Why go into a recording session--period--if you have bronchitis ?
Click to expand...

1) You can actually hear how many if you listen close. There's an edit in nearly every line. This wasn't atypical for how she worked either. She did this kind of thing often.

2) This may have been about deadlines. Production had already been held up once according to Richard so it may have just been that.

Cuyler said:
I will have to try Dolby B on the tape deck.

With Dolby B, some people prefer to switch off Dolby B on their systems since they find it compresses the signal too much.


Also, Dolby HX PRO is not anything to be concerned about, since it’s only used during the recording phase to expand the headroom.

I have been listening to this song today, I must say, I still love it.
Great piece of pop music.
Worth another listen !

When I was a teenager, my aunt (also a huge Carpenters fan) recalled hearing a song she loved that was played a lot on the radio during the 1980s and mentioned Richard’s name. I thought she was maybe referring to an old Carpenters tune that had been on an oldies station, but out of the blue she started singing the line “something in your eyes…”. She said Richard had recorded it with Dusty Springfield, who she also loved, and that it was played a lot on UK radio when it first came out, which is how she knew the song so well. I had no idea it was on such regular rotation here in the UK at the time. Yet another Carpenters-related gem whose popularity wasn’t matched by its chart performance here.
Last edited: Jun 29, 2021

^^The song got some airplay in central Florida, I recall.
Suddenly, it occurs to me, I do not have a vinyl copy of the single or the vinyl album Time.
I do have the 1987 cassette tape and the cassette single and the cd Time.
Of course, I treasure the promo Poster.

GaryAlan said:
Suddenly, it occurs to me, I do not have a vinyl copy of the single or the vinyl album Time.
Click to expand...

I’ve got a mint condition copy of the album on vinyl that plays both sides without a pop, skip or crackle and when I get my LPs out to give them a spin, this one is always in the pile. I’ve always loved the glossy finish of the cover with its red, blue and purple hues - the CD equivalent doesn’t do it justice.

newvillefan said:
I’ve got a mint condition copy of the album on vinyl and when I get my LPs out to give them a spin, this one is always in the pile.
Click to expand...

I found a copy at a book and record sale back in ~2009. It was in great (near mint) condition, but I think my stylus at the time couldn't handle the high-end, so unfortunately now it has some "groove burn" after a few plays on my former turntable. I listen to my CD from August of '87 now.

At one point, we decided to redesign Richard's front cover. This is what we came up with: 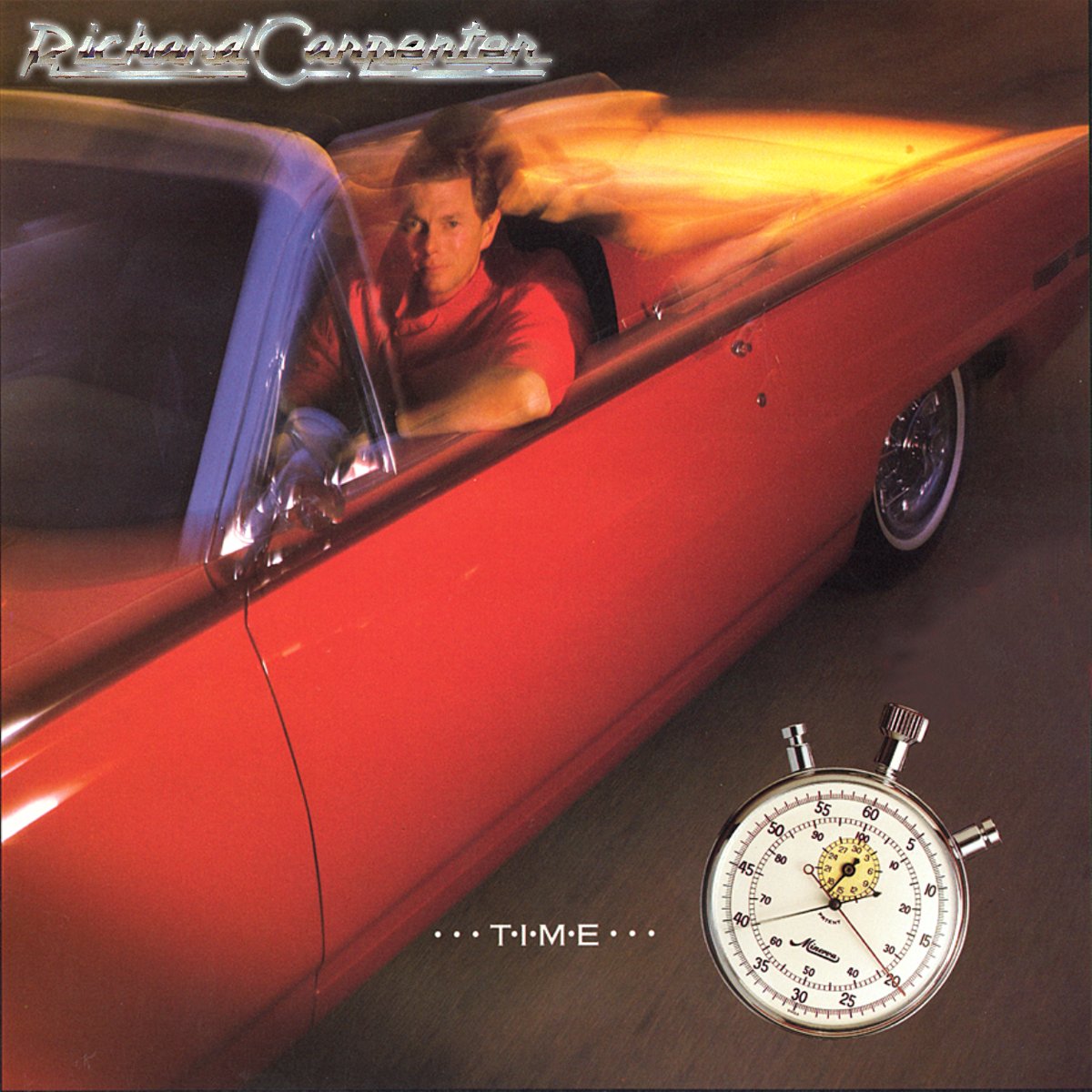 Ed
You must log in or register to reply here.

A
Singles Collections, Carpenters & Other Artists