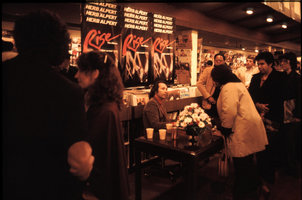 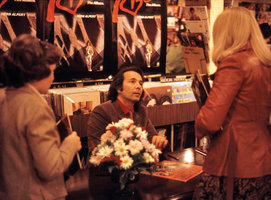 Staff member
Moderator
Thread Starter
They filed their stock by label and catalog number - never saw it anywhere else before or since. You can see the A&M dividers in the rack.

Staff member
Site Admin
The legendary Rose Records! Never got a chance to visit their stores while they were still around.

Don't know if it's a coincidence or not, but while searching for information on Rose Records, this came up on Google: 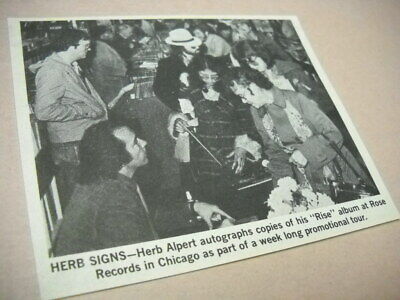 Find many great new & used options and get the best deals for HERB ALPERT at Rose Records in Chicago 1979 music biz promo pic with text at the best online prices at eBay! Free shipping for many products!
www.ebay.com
A

Is that William "Rosko" Mercer doing the voiceover for the ad? It sounds like his voice. For those who don't know, he was a well-known disc jockey at the time, first broadcasting on WOR-FM, and then WNEW-FM in the late 1960s, and early 1970s, helping to pioneer the genre of Progressive rock. By the time of this ad, he would have moved on to WKTU 92.3 FM (later to have the slogan, "The beat of New York").
A

Rise... available at EJ Korvettes...the "largest record department in the world". (i.e. vs. Sam Goody record  stores; anyone remember them?)

They couldn't restock his albums fast enough.
Click to expand...

Yes, I remember them both quite well.

Staff member
Moderator
I enjoyed that Paul Williams album! And while you can't see what is directly behind Herb, the next bin over is Cockrell & Santos A New Beginning, a rather enjoyable (with a gamut of musical categories explored) by Pablo Cruise's original bassist (Bud Cockrell) and It's a Beautiful Day's Patti Santos.

Staff member
Site Admin
Since I love "fixing" photos in Photoshop, here are the two photos with the color tweaked to be more natural, and a little sharpness added: 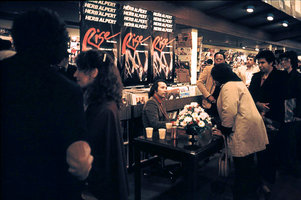 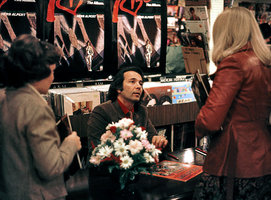 When I removed a lot of the redness of the second photo, it became obvious to me that Herb was signing a copy of the TJB's GREATEST HITS. Before, it was just buried in the red shading.
You must log in or register to reply here.