I had never heard of this one for Sérgio Mendes until logging onto the Corner back in the late 1990s and at that time, unless you knew where to get these, or your local record store (remember those?) carried expensive imports, it was tough to find. A couple of years ago I spotted one on eBay and bought it. It was sealed - NOS - (new old stock), but from age, the glue that held the disc spindles to the book cover had dried and separated. I used some kind of adhesive to repair it.

The version I found looks to be from Japan. It has a Japanese sticker that was on the outside, and an insert with Japanese notes and the typical Japanese penchant for the song lyrics in their respective languages. But the set itself has all sorts of indications that it's exactly what sold in Brazil other than the extra booklet. The main booklet contains notes in Portuguese and English. Logos on the back indicate A&M and Polygram Special Marketing, with a few internal 'thank you' notes to Warner Music.

At the time the had a pretty good reputation for sounding good. I've since noticed that there are some track that unnecessarily were transferred from a master with CSG processing (probably from the old green GREATEST HITS disc). The set covers Sergio's work from the early pre-'66 days all the way through the BRASILEIRO album.

I tried looking this up on Discogs, but there was no entry at all. The series was there, but not this entry. So I went ahead and entered this one. You can see my scans and all of the track listings and credits at: 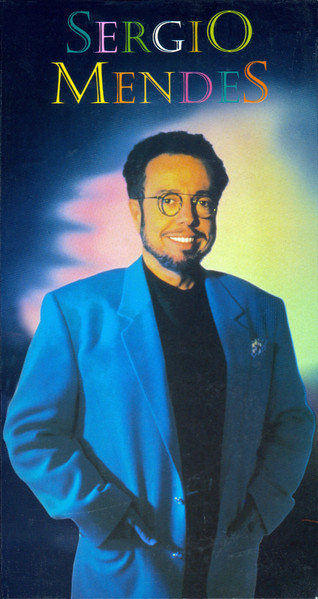 View credits, reviews, tracks and shop for the 1995 CD release of "Sérgio Mendes" on Discogs.

Staff member
Moderator
I remember buying this set before the Stillness album was available on CD. I got it from some website that had a description, but no track list. I was really REALLY hoping that one of my favorite tunes from Stillness, "Sometimes in Winter," would be included, but alas... it was not. The A&M albums from Stillness onward were woefully under-represented. I couldn't believe they left out great songs like "Chelsea Morning," "Promise of a Fisherman" and "Zanzibar" in favor of dreck like "What Do We Mean To Each Other" and "The Sound of One Song" and "Olympia."

I was glad to have the songs that I didn't have on other collections, but overall I was kind of disappointed in the song selection and some of the sequencing.

Also, my disk trays fell out as well.

Staff member
Site Admin
Thread Starter
I was totally surprised that this set had not yet been cataloged in Discogs. Maybe the GRANDES NOMES set was rarer than I thought.
You must log in or register to reply here.