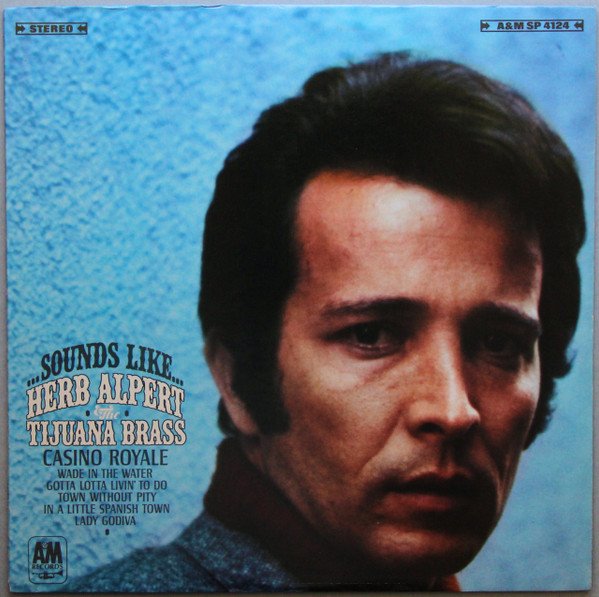 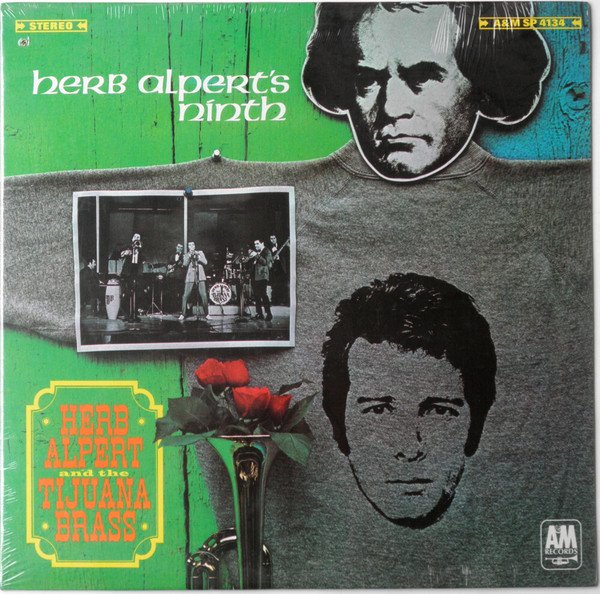 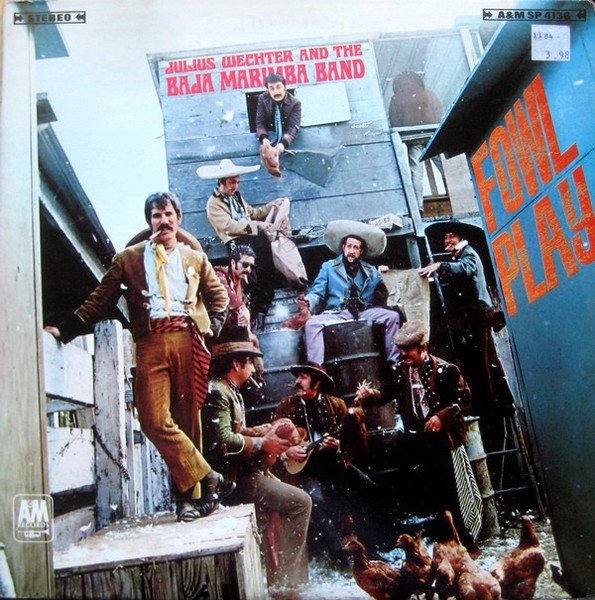 Thread Starter
While I feel ...Sounds Like... is the best of all four 1967 LPs, Ninth is such a disappointment that, when combined with the BMB's musical development on the rise, I have to give this round to Julius and the gang.

In short: the TjB begins its artistic descent in 1967 while the BMB is clearly in an artistic ascent.

Staff member
Site Admin
For me, this might be the closest I can get to picking the BMB over the TjB, but I can't get there. I've come to really like these two BMB albums over the past couple of decades, but my experience with the TjB just goes so far back that the songs are all ingrained in my head.

Some background and some favorites:
I still remember being down at my basement music system playing something or other when my parents came sheepishly down the stairs, almost apologetically handing me a record-sized bag and asking forgiveness for picking up a wrong album. They'd read the title and artist as one and come away with the notion that it really wasn't - it just SOUNDS LIKE HERB ALPERT & THE TIJUANA BRASS. After playing just the first track, I assured them it was the genuine article.

Two immediate favorites were "Casino Royale" and "Wade In The Water", with high marks for "The Charmer" and "Treasure Of San Miguel". "Gotta Lotta Livin" was good too, as was "Bo-Bo" and "In A Little Spanish Town". Lots of goodies on the album, and I played it often.

NINTH came along next and, if memory serves, "A Banda" had already been a single that I'd heard on radio. My love of trolleys gave "The Trolley Song" an instant favorite spot, though I would have preferred a little faster arrangement. "The Happening", "Love So Fine", and "Flea Bag" stood out as good tunes, and then there was the tour de force of "Carmen." Another winner of an album in my book.

The BMB albums didn't enter my life until around 2000. At some point in the 70s, I picked up a few of their albums from throwaway piles at the radio station. They were A&M and perhaps there was something decent on them. I think both HEADS UP and FOWL PLAY were among the records that I grabbed, but didn't listen to them at all for years.

Now, I look at the song titles and I think I'd give higher marks to FOWL PLAY. There's a few good tunes on HEADS UP, but it's not a favorite. FOWL PLAY however gets high marks from me on the lead title track, the next one, "Summer Samba", and especially high marks for "Windy". What a brilliant arrangement of that Association tune by Julius. One day I had it on in the car and was just blown away by the trombone part. It's a goosebump moment for me, and one that I wasn't expecting. I can understand its inclusion on FOURSIDER and a few other compilations.

And the album still has more goodies like "Baja Humbug" and "Rhode Island Red".

If this were a one on one contest, I'd give the TjB the nod for SOUNDS LIKE over HEADS UP, and the BMB would get my vote for FOWL PLAY over NINTH.

But the TjB got to me first, so I give them the edge overall in this 2 on 2 vote.

Staff member
Site Admin
I would say that if I counted up the tunes on Sounds Like vs. Ninth, I like more of the songs on Ninth than I do on Sounds Like. But as I mentioned in the last round, the albums after Going Places I was never as fond of as I was the first five TJBs.

Watch Out and Heads Up I feel were more of a peak for the BMB so I have to give the Boys from Baja another win here.
A

Baja Marimba Band for me. (both albums)

Bobberman said:
ironically those vinyl lps are much easier to find ( at least for me they were) than their very early and Later albums
Click to expand...

I had the most trouble finding As Time Goes By. Most of the others ended up appearing in the stores locally over time, including a couple of them that were still sealed (back in the 90s). Around here, it seemed like the first album and Heads Up were the two that were the most common.

Staff member
Site Admin
AS TIME GOES BY was easy for me. I had it long before I knew I needed it! And thanks to Rudy, I was able to get clean versions of some BMB from his local stores' supplies.

Staff member
Moderator
Herb Alpert's Ninth is probably the one TJB album that don't feel like I "played it to death" at one point or another, since it was among the last to make it to CD and it was also the last album I heard in its entirety. This was due to the fact that I originally had it on an 8-track tape that tangled up, and subsequently didn't get it until much later.

I feel like I shouldn't vote in this shoot-out because I don't think I've heard the Baja albums enough to make a clear choice. I think I'll give them each a listen first (I hardly ever listen to Baja albums, usually just the occasional track on shuffle, so the origin album is sometimes lost on me) and then I'll come back and vote. But as with all of the TJB albums, both of these contain songs that are in my list of favorites.

Staff member
Site Admin
I too decided to listen today to HEADS UP, and I figured out why I don't care for it as much as FOWL PLAY. The reason is "Winchester Cathedral". I know a bunch of you out there love that track - I really don't like it at all. I think if there were a shoot-out of "Winchester Cathedral" and "Talk To The Animals", the animals would win. I remember when the big hit was all over the radio, I didn't like that, and still don't. Julius' take on the song did nothing for me, so it really really is "bringing me down."

It's followed by "Domingo", which I find to be rather uninteresting, and not as good as the following strange track, "The Odd One". For some reason, I like that one, odd as it is. From there the album improves, but not enough to bring it out of the hole it dug.

The biggest negative on SOUNDS LIKE is probably "Shades Of Blue", but it's just a slow song that I find at least tolerable.

Harry said:
AS TIME GOES BY was easy for me. I had it long before I knew I needed it! And thanks to Rudy, I was able to get clean versions of some BMB from his local stores' supplies.
Click to expand...

The real irony is that the store I found these sealed copies in had an owner who hated the TJB. I mean, absolutely hated them, as to where the employees knew to keep the records out of his line of sight or he would haul them out to the dumpster without a second though. Given that attitude, it was a surprise to find those sealed records, along with the ones I found for my own collection. Fear not--the store probably closed its doors over a decade ago, the owner having relocated to a neighboring state and running another store, letting this one deteriorate until someone finally stuck the fork in it. Quite a shame, too, as the former owner is well known in this corner of the state for the stores he ran. Bordering on legendary. (Not Val Shively's level of legendary, but still...

Can I just shoot them both, to put them out of my misery??

At least "Animals," in the context of the TV special, worked to some extent on television. But on record, even as a kid, I always skipped that one if I could. Or if I didn't, I was very relieved when Herb would come back in with the trumpet. I actually don't mind "Winchester" all that much but, rest assured, it's not one I go out of my way to play either.

I think the reason I liked the Heads Up album is largely due to the songs which I do like. And have some good memories associated with them. Fowl was getting more serious--"Along Comes Mary" really digs in its heels; as an arrangement, it's razor sharp.

Harry said:
The biggest negative on SOUNDS LIKE is probably "Shades Of Blue", but it's just a slow song that I find at least tolerable.
Click to expand...

That's what I like about this forum. Harry's least favourite song on SL is one of my favourites on the LP!

I like the off-mic haunting trumpet: here, Herb makes his trumpet quite somber...and I can really connect with his plaintive, earnest reading.

JOv2 said:
Harry's least favourite song on SL is one of my favourites on the LP!
Click to expand...

It's part of the old "slow song bad", "fast song good" mentality that I had as a youngster.
B

When I heard the BMB in concert at the Civic Opera House in Chicago, Frank Divito came up front to sing and Tjader sat in on drums to do Winchester. During the vocal a strobe light flashed on Frank to give the effect of a silent movie. It was a big hit with the audience who for the most part came to hear the headliner, Jack Jones. That's what gave it a reason for being on the LP.

Staff member
Site Admin
Yeah, that might have made a difference with me, having that visual.

Staff member
Moderator
For me, BMB's Head's Up is the best of the four, followed very closely by Sounds Like....

Foul Play would come in third and in last place, Ninth, which never really did much for me and is probably my least favorite of the "classic" Tijuana Brass albums.

Rudy said:
But on record, even as a kid, I always skipped that one if I could. Or if I didn't, I was very relieved when Herb would come back in with the trumpet.
Click to expand...

(Animals, with its hideous cutesy arrangement, is further distinguished by actually bubbling under Freight Train Joe on the ol' TjB-Yuckometer.

Staff member
Site Admin
If you'd like a large wallpaper sized image of the HEADS UP album cover picture, go here and click to enlarge, then save to your desktop. 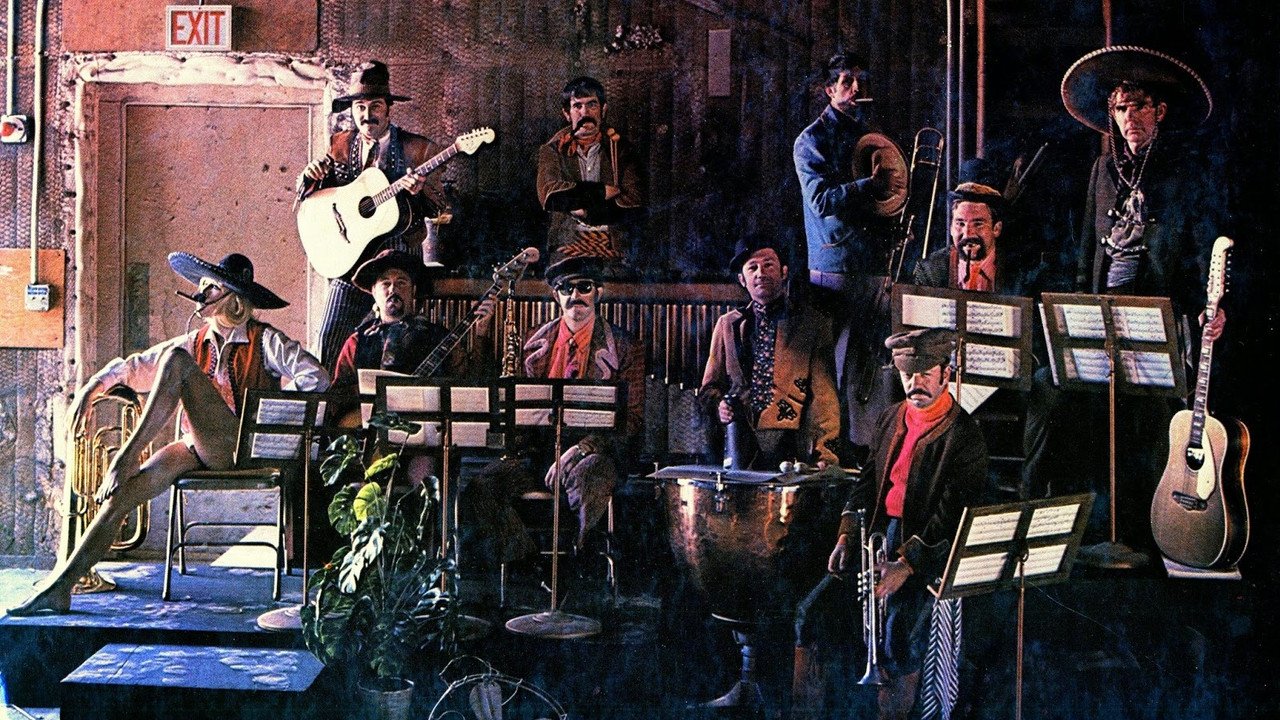 a tough one, for sure.

Harry said:
I figured out why I don't care for it as much as FOWL PLAY. The reason is "Winchester Cathedral". I know a bunch of you out there love that track - I really don't like it at all. I think if there were a shoot-out of "Winchester Cathedral" and "Talk To The Animals", the animals would win. I remember when the big hit was all over the radio, I didn't like that, and still don't. Julius' take on the song did nothing for me, so it really really is "bringing me down."
Click to expand...

The only listenable version I've heard was Nancy Wilson's take -- where it was of course re-tooled. I'll never warm to that song, and although she didn't turn charcoal into diamonds, the arrangement and her singing are top-notch all the way.