Thread Starter
Year 1969. While the TjB was in sunset mode Herb Alpert, himself, was experimenting with new musical ideas and the BMB was rocketing to new artistic heights. 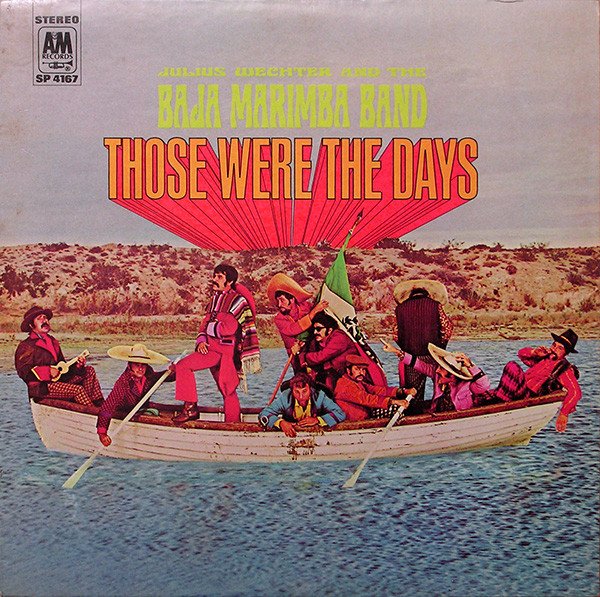 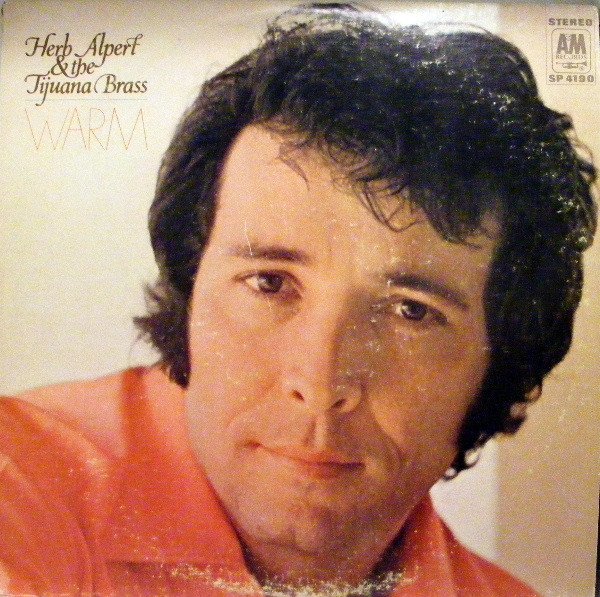 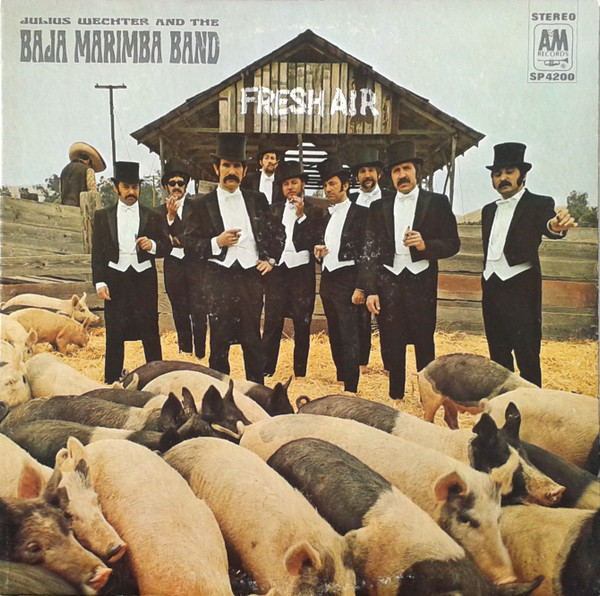 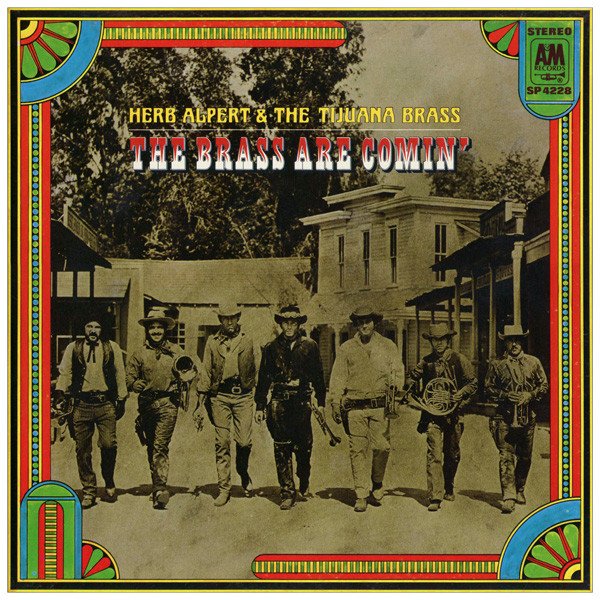 Thread Starter
Warm is a pretty good LP — easily the TjB’s best since ..Sounds Like.. — yet it exhibits periods of uneven quality that plagued both Ninth and BOTB. The Brass Are Comin’ is weak as the band (with the exception of Nic) at their worst sounds like they’re simply phoning in mundane work. The marvellous Sunny aside, Herb’s playing seems largely uninspired.

Warm is good, but as pure music its six or so really good numbers along with the pallid TBAC are clearly not on equal footing with the near wall-to-wall musical excellence exhibited on Those Were The Days and Fresh Air.

The BMB easily wins this round.

Staff member
Site Admin
Another really tough vote here. I really could justify going perhaps both ways, with the TJB on top at the start and the BMB on top at the end. But then we're talking WARM here. WARM has been and will continue to be personal comfort food, from its majestic beginnings to its race to the finish ending. From the moment I put WARM on my turntable I was mesmerized. "The Sea Is My Soil" shines like no other Tijuana Brass track, and at this point, I'd already heard two of the pre-album singles, "Zazuiera" and "To Wait For Love", and really liked them. The single that came along next was "Without Her" and it had the uniqueness of a really wild dynamic range - whisper-quiet one minute and blaring the next. I can see that those who disliked Herb's singing would have a problem, but I *liked* his singing from the moment I heard "This Guy's..." on TV. The album continues with a really nice "Marjorine", a reflective "Girl Talk", and a rousing "Ob-la-di, Ob-la-da", to account for one of the best TjB sides ever. And things don't let up on Side Two either, with the fabulous "Zazuiera", a jaunty take on "The Continental", leading into "Pretty World". We'd already heard Sergio's take on "Pretty World" and this is one of Herb's patented turn-the-song-sideways arrangements. It's a slow, but luxurious take on the song, and one that I really like. Julius' own "Warm" then leads to the stereo version of "To Wait For Love" and the album gets into high gear for the "Sandbox" finish.

I cannot vote against that album - ever, no matter what one would put against it. And THOSE WERE THE DAYS is a formidable album on its own. I can rely on the old, but true, excuse that I wasn't paying a bit of attention to the Baja Marimba Band back then, so the familiarity of time gives this half-round to WARM.

Many of my compadres here have written a lot of negatives about THE BRASS ARE COMIN'. I found that quite surprising as I always included it among the great run of the Tijuana Brass albums. The TV special was a delight, and this tie-in album certainly didn't disappoint me. THE BRASS ARE COMIN' is the only album in Herb's canon to get awashed with the HAECO-CSG processing, giving an off-balance sound to the record that may have been part of the turn-off by some. Recently, with software plug-ins and digital manipulation, the old HAECO crap can be undone, and doing so, IMHO, makes this album all that much better. Since I played with the album digitally myself, I've been impressed with the way it sounds - more grounded and solid.

FRESH AIR might be the first and only Baja Marimba Band album to have attracted my attention, but not for at least another four or five years. The song "I Don't Want To Walk Without You", Julius' vocal turn, got airplay on the radio station I listened to. I remember liking that track a lot, and when I managed to grab a used copy of FRESH AIR from a throwaway pile, I was delighted to find the song on there. The rest of FRESH AIR is also a delight, with lots of songs I enjoy, with a couple so-so's.

Though the BMB gave it some tough competition, I have to give this second half-round to the TjB, with a special *really-close* medal to the BMB.

Staff member
Site Admin
The BMB albums never really engaged me--not that they're bad by any means, but I never turned to them much while growing up and aside from a few tunes from each, nothing has ever stood out to make me want to choose them when I'm in the mood.

Warm I tend to think of as the first "solo" album or perhaps the first non-TJB album, as there isn't much that resembles the earlier records. Especially once you heard the first 30 seconds of this record--you knew it wasn't the TJB of old. There are a few tracks I'll skip, but it's still a (pardon the expression) warm album to listen to.

The Brass are Comin' is also a mixed bag. Sure, some of it sounds tired partly due to Herb's horn, but there was never a more Mariachi song that the TJB ever performed than "La Bikina." Starting off a "country" album with a Brazilian song "O Trenzinho do Caipira" is also an interesting choice, and the big productions of "Moon River" and "Sunny" I've always liked. Same with the cornball "You Are My Life" as I'm probably the only one here who likes it. 😁 It's also nice to hear Sol Lake's "Maltese Melody." This album really was the last ride of the TJB as we knew it.

Staff member
Moderator
I tend to feel the same as Harry and Rudy on this one. The Warm LP has been a favorite of mine since day one: I had it on 8-track first, which I copied to a cassette (boy did THAT sound bad), and then when it was long out of print, I paid a record-search service $41 to get it on LP -- the first time I had the album on vinyl. The songs I like on this one tend to be ones I "REALLY, REALLY" like -- there are only a couple of clinkers, and they're both vocals. Sorry, Herb.... But still, when I hear this album I almost always play it start to finish, vocals, and all. Yes, some of the playing is sounding a little overly casual but not too much... to me it's just a relaxed album that has a great flow.

For The Brass Are Comin, there are songs on it that I absolutely love and others that I hardly like at all. I really don't like "Sunny" and "Moon River," but I totally dig all of the originals and especially "I'm an Old Cowhand" and "Robbers and Cops" are delights. I didn't really realize how great a tune "Anna" is until a few years ago, I would have to call that a near-favorite. I'm not a huge fan of the title tune -- I think it is probably the worst opening tune of any TJB album. "Anna" would have been a much better opener, or "Maltese Melody" or "Country Lake."

The BMB albums -- Those Were the Days is yet another of the albums I first had on the infamous tangle-prone black A&M 8-tracks, so I didn't get a chance to hear it reliably until just a few years ago when I scored a sealed copy of it (along with Rides Again). Then I got the Japanese CD of it as well. My favorite tune on there has always been "Always Something There to Remind Me" -- it's my favorite version of that song. "Flyin' High" and "Big Red" might be tied for second place on this album.

Fresh Air was an album I also had on 8-track first, but it came out after A&M had switched to the olive-green colored carts that were far more reliable. Thus I heard that album on 8T for several years. I pretty much put it out of mind after the 8-track era ended until the Japan CD issue came out. I would say it's my favorite BMB album overall. I love all the fast songs the best -- I've never been a big fan of BMB's ballads very much, to me their instrumental lineup works much better for the fast stuff.

I love all four of these albums but if I was to make a list of tunes I couldn't see living without, there would be more of the TJB songs on the list so I'd have to give this one to Herb.

Rudy said:
It's also nice to hear Sol Lake's "Maltese Melody." This album really was the last ride of the TJB as we knew it.
Click to expand...

I despise "The Maltese Melody" - it's the only TJB track that I will skip - and I really like most all Bert Kaempfert penned tunes.

Steve Sidoruk said:
I despise "The Maltese Melody" - it's the only TJB track that I will skip - and I really like most all Bert Kaempfert penned tunes, too.
Click to expand...

Amazing! I always find it quite surprising to find out who dislikes what, but I never thought Steve S. would suffer from what I'll call a "Maltese Malady"!

About the only TjB track that I'll skip is "Tijuana Sauerkraut" and maybe "Talk To The Animals".
Last edited: Feb 6, 2022

Steve Sidoruk said:
I despise "The Maltese Melody" - it's the only TJB track that I will skip - and I really like most all Bert Kaempfert penned tunes.
Click to expand...

Well jeez, I just screwed that one up! Apologies to Sol Lake! 😁

Mike Blakesley said:
I love all four of these albums but if I was to make a list of tunes I couldn't see living without, there would be more of the TJB songs on the list so I'd have to give this one to Herb.
Click to expand...

I'm in the same boat--that's ultimately how I voted TJB over BMB this time around. None would be a desert island album out of this batch.

Staff member
Moderator
Another tough Pick! Warm is clearly number one, followed by Fresh Air. Unfortunatley, Brass Are Comin' was a big disappointment to me, so it's number 4 of this batch... Those were the Days is probably my third favorite from the Baja boys (with "Big Red" probably in my top ten BMB songs)!

I think "Fresh Air" was an attempt to recreate the Brasil '66 sound. Check out the arrangement against "Tristeza" from Fool on the Hill. Very apparent.

"Wave" also has to be one of the most unusual cover versions I've heard, and in a good way.

Rudy said:
I think "Fresh Air" was an attempt to recreate the Brasil '66 sound. Check out the arrangement against "Tristeza" from Fool on the Hill. Very apparent.
Click to expand...

I still think that in the group backing "vocals" in "Fresh Air", I swear I can hear Lani Hall in there. She's the one doing the louder "Hey - ayys".

Harry said:
I still think that in the group backing "vocals" in "Fresh Air", I swear I can hear Lani Hall in there. She's the one doing the louder "Hey - ayys".
Click to expand...

I give my vote for Warm. It was one of the first two that I ever bought from TJB(the other was Ninth bought at the same time) and I like it over all other TJB. It is the only one that I have bought on CD of the non compilation albums.
You must log in or register to reply here.