Staff member
Site Admin
Thread Starter
I have never been what one would consider a big jazz aficionado. Some of the stuff I've listened to over the years probably borders a bit on jazz, but it's never been something I've concentrated on. And I think some here might consider the run of A&M CTi records as a sort of "jazz-lite" or even "pop-instrumentals".

The first time I ever saw a CTi logo and Creed Taylor's signature was on the old FAMILY PORTRAIT album. There were some asterisks on tracks by Wes Montgomery, Tamba 4, Antonio Carlos Jobim, and Herbie Mann, all pointing to the CTi logo. I probably wondered what that was all about, but it didn't keep me up nights.

Over the years that I've been here at A&M Corner, very slowly, one-by-one, I've picked up some of the CTi records in one form or another. I think the first I ever dabbled in was Wes Montgomery with his three compact discs and then Tamba 4 with its Brazilian connection had CDs issued in Japan. Jobim was a natural in that respect too, and I picked up his two albums for the A&M CTi label. WAVE was in a jewel case and TIDE came out on one of those Verve digipaks. Walter Wanderley's two albums also came out in Japan and I picked those two up when they were available and the price was right.

A project came along where I needed a bunch more A&M CTi's and I scoured the used markets for LPs that I digitized and then made my own CDs. Recently we've gotten a new Tamba 4 on a record store day and now this month they've released the rare STONEBONE by Kai Winding and J.J.Johnson.

Wondering just how many of these I'd added to my collection, I assembled them all today. I apparently now have twenty-one of them and thought a picture was worth something. Here they are - some in standard jewel cases, some in thin jewel cases, some in digipaks, and some with Japanese obis.

Someone somewhere, I think, missed the boat on assembling all of these as a unified box set.

The Herbie Mann ones and You Baby should be reissued!

Staff member
Site Admin
I regret not buying all of the SP-9-3xxx AM+ vinyl reissues back in the early 80s. Now whenever I come across a clean one that I missed, I pick it up and hope it's playable (if it's not sealed). And it's a shame they didn't do the entire series, but some are so obscure that it made zero sense to reissue them for the few hundred collectors out here who even remember them.

A "complete" box set would be cool, with mini LP packaging, for maybe $3-$4/disc, as most of these "mega" sets sell for about that amount these days. Not knowing the catalog numbers offhand, that might amount to 30-35 discs, and the set would sell around $100-$120. It'll never happen though. Outside us collectors, there's no market for this music aside from a few well-regarded titles (like Jobim's Wave).

Staff member
Site Admin
Thread Starter
Yeah, that's why I suggested that the boat was missed. Years ago, when CDs were a big thing, it might have made sense - and I could picture Japan issuing something like that. This kind of music is more revered over there than here.

Staff member
Site Admin
The past several years have seen a lot of the "bargain" box sets like this. The classical sets are amazing. Dozens of discs, and a very affordable price--it's a great way to start or fill in a library. Even my Bill Withers set from several years ago only worked out to $30-ish for his studio albums plus the live album (which was a double). There's still a market for these sets, but only if they are at bargain basement prices like this. It wouldn't be anything fancy either--the only concession to collectors might be if they included the gatefolds in the mini-LP packaging, but I would understand if they didn't. I'm not sure if Japan's box sets parallel our budget offerings here--I agree it would be a better sell over there than here.

Staff member
Moderator
I always wondered why they thought it was a good idea to make all the album covers in a similar design. Not that it probably hurt sales any (or helped) but it does kind of rob the albums of some of their individuality.

I remember buying the first Wes Montgomery one based on the cover photo alone.... it was just intriguing. But I wound up not liking the music too much. The only other tune I heard from him was on the Music Box compilation.

I have a few of these. I think Milton's Courage is one of the best sounding albums I've ever dropped a needle on.

Staff member
Site Admin
Thread Starter
I've been spinning a few of these lately. One of the standouts for me seems to be against the grain of our jazz aficionados, Artie Butler's HAVE YOU MET MISS JONES. 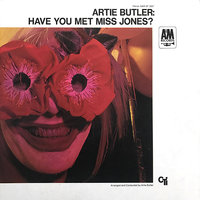 Past threads on the subject here at the corner going way back to 2002:

Just out of curiosity, does anyone here know how much airplay Artie Butler's album "Have You Met Miss Jones?" got? I know a lot of the tunes on the album were handy standards back then in 1968, but I'm curious also if anyone has any memories, other than that already listed in the forum posts...

I see that it's never had a CD release at all, not even in Japan. And I'm fairly sure it's not on anyone's streaming radar. A kind of lost album.

It kind of has a BMB feel to it.

Harry said:
I've been spinning a few of these lately. One of the standouts for me seems to be against the grain of our jazz aficionados, Artie Butler's HAVE YOU MET MISS JONES.

I see that it's never had a CD release at all, not even in Japan. And I'm fairly sure it's not on anyone's streaming radar. A kind of lost album.
Click to expand...

I'll need to check him out. I realized that I have the Love Machine album with Dionne Warwick and yes, Artie's sound is very Bacharach. I think Dusty Groove calls it "Now Sound".

Staff member
Site Admin
I found a sealed copy of the Artie Jones and its on the way to me now. Part of a very slow process to get ahold of the whole CTi series.

I wonder if this guy did one called HAVE YOU MET MISS BUTLER?

Staff member
Site Admin
It was quite the classic album, I'm told... 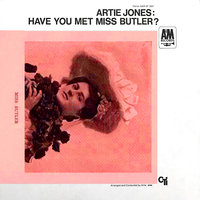 Staff member
Site Admin
Perfect! Now you wish you had one.

Staff member
Site Admin
Thread Starter
But it IS a genuine Miss Jones!

Staff member
Site Admin
The Miss Butler...er, Jones something-or-other album showed up today. It's a sealed copy so it will be interesting to open a 53 year old album.

Staff member
Site Admin
One interesting thing I'm finding with these CTi records is that Creed Taylor was feeling his way around and experimenting with different sounds for the label. Listening to some of the tracks from the Richard Barbary album, some of them like "There Was Never, Ever, Anyone But You" and "What's Your Name" throw back to the early to mid 60s style of soul, whereas the odd arrangement for "Nature Boy" fits more into the CTi sound with the arrangement and the guitar sound (similar to George Benson's style during this era).

Now, listen to something more like the CTi sound:

Staff member
Site Admin
I don't get a sense of the CTi sound on the Tamiko Jones album, I'll Be Anything For You. The tunes seem to be more of the soul/Motown/girl-group sound. Even the tracks from Van Gelder's studio with Sebesky's string arrangements still fit that same style.


A duet with Solomon Burke, a cover of a Temptations tune:

Final note--while I'm a big fan of Pete Turner's photography, these have to be the two strangest album covers I've seen from him. It only gives a freakish 'bent over backwards' look to the artist in each one.
You must log in or register to reply here.