The Needle Doctor has closed its doors

I'd used them for years for stylii and/or cartridges.

Staff member
Site Admin
It's a shame. I remember hearing from some fellow vinyl fans that Needle Doc closed up shop in September, with only one announcement online (and not even on their own site). What really surprised me about it was that Raskin did not try to sell the business to someone else. Vinyl is booming in terms of physical sales, and it's a great time to be in it.

I met one of their guys early this year at AXPONA, and he reintroduced me to an album I hadn't even thought of since the late 70s or early 80s. A year or two prior, they had a demo of the Hana cartridge that everyone since has raved about.

I don't know if LP Gear is still around--they might be. All that really leaves online are clueless behemoths like Amazon and a shop like Music Direct (Chicago).

Staff member
Site Admin
Thread Starter
I think I ordered a stylus from them earlier this year. The Ortofon 320 that I had originally was starting to sound a little sad, so I picked up another one for around $50 from Needle Doctor. In the meantime, I had switched to an AudioTechnica cartridge that someone had recommended and I thought it was OK. I need to get the new stylus into the 320 and put it back in the turntable.

I just looked and LP Gear is still there, and they sell that 320 stylus for around the same price.

Staff member
Site Admin
OK, that's good--at least someone is still selling those 320 replacements. Someone on PS Audio's forum mentioned they tried a test order on the Needle Doc site but was either not able to place anything in the cart, or they were not allowed to continue with the checkout process.

Back in the early to mid 80s, I used to buy all my cartridges and styli from Lyle Cartridges in New York. They used to advertise with a small ad in Stereo Review. LP Gear actually has some unusual and rare Grado replacement styli that are not available anywhere else. Some I know are buying older Grado Signature bodies and putting these higher-dollar styli in them with great results.

Hey Rudy! What is your opinion of the Fluance RT-85 turntable, if you have one? I hear they really put a very warm sound to vinyl with the
Ortofon 2m blue cartridge that’s included. Kind of pricey at $499.00. Is it worth the investment? Thanks for your opinion/ advice.
Ken

Staff member
Site Admin
Let me read up on it. $499 is kind of a sweet spot for turntables, so the Fluance is one among a few good choices. I'll take a look this evening and let you know!

GDB2LV said:
Hey Rudy! What is your opinion of the Fluance RT-85 turntable, if you have one? I hear they really put a very warm sound to vinyl with the Ortofon 2m blue cartridge that’s included. Kind of pricey at $499.00. Is it worth the investment? Thanks for your opinion/ advice.
Ken
Click to expand...

Some are fans of the Ortofon 2M series, but I am not one of them. Many others are happy with them, though, and the Blue is definitely an improvement over the Red.

The RT-85 seems to be the top of the line. The acrylic platter has the advantage of having more mass than the aluminum/rubber platter, which will improve the speed stability (it's a "flywheel effect"). And with the resonance of the acrylic being close to that of vinyl, it will dissipate some of the stray energy. That appears to be the only difference between this and the RT-84, which is $50 less. (I'm sure you could upgrade the platter later on, but it would probably cost more than $50.)

I suppose $499 might seem like a lot of money, especially since some of us remember when good turntables were less than half that price. But with inflation, these work out to a similar price but have better performance than many of the turntables available back then. The reviews overall seem to be positive for these Fluance turntables, and you probably couldn't improve much on it unless you spent more than double the price.

Thanks for your advise. The AT&T tech installer, saw my Audio Technica AT-LP120USB and told me about the Fluance RT85. I really like the Audio Technica. It’s a nice moderate priced turntable, and highly rated for its price, but the Fluance really sounds like a wise investment in the next year. Thanks again Rudy.

GDB2LV said:
Thanks for your advise. The AT&T tech installer, saw my Audio Technica AT-LP120USB and told me about the Fluance RT85. I really like the Audio Technica. It’s a nice moderate priced turntable, and highly rated for its price, but the Fluance really sounds like a wise investment in the next year. Thanks again Rudy.
Click to expand...

Analog Planet also enjoyed it, and found it a good value considering the 2M Blue cartridge is included with it: 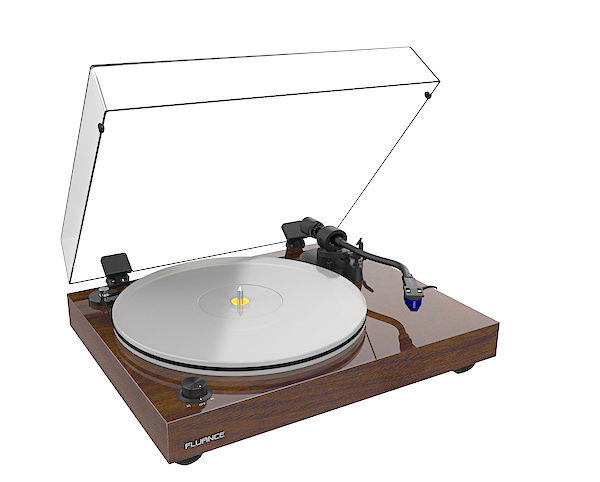 Canada-based Fluance’s $250 RT81 reviewed here a little over three years ago was a pleasant surprise. It offered reasonably good mechanical and sonic performance as well as useful convenience features and attractive looks. Fluance’s new RT85 Reference turntable doubles the cost to $499.95. Is it...

I bought it in late December, and love the sound it produces. Easy to assemble and tracks very well. The Ortofon cartridge has a very bright sound compared to the Shure cartridge. There is more volume in the output too. I only have to turn the amp to about 40. The Shure about 32. We’ll worth the money if you love vinyl. Thanks again Rudy.

Staff member
Site Admin
The 2M series does sound a little more forward than other cartridges, yet some of the Shures could be a little stuffy at times. It depends on the model, of course. Some of the moving magnet Audio Technica carts could lean towards the bright side, but their moving coil cartridges (like my AT-ART7) don't seem to suffer from that. I'm going to be trying a Nagaoka MP-500, but I've heard a few people have owned the less expensive MP-200 and were pleasantly surprised at the sound of it for the price.

The 2M series is upgradeable as well--the Bronze stylus replacement does cost a bit more, but will track a little better. I would imagine replacement is a few years off into the future, though.

Hi Rudy. I took up your suggestion as to buying the bronze replacement stylus. The experts say the bronze and black are interchangeable with each other, the blue which I have,and red are interchangeable. The cartridges have different motors in them, and not recommended to buy a bronze stylus to replace the blue. Lots of passionate audiophiles out there. A bronze cartridge will cost almost as much as my Rt85! I saw one Ortofon cartridge that sells for about $4,500!
Ouch! Thanks again for your advice. Enjoy your very nice Japanese stylus when you get it. I bet it sounds beyond amazing.

Staff member
Site Admin
A few years back, I'd learned all the 2M styli are physically interchangeable, but I wouldn't get the full benefits by putting the Bronze or Black stylus on a Red/Blue body. You'd still get the advantage of better tracking with the fine line stylus, in other words, but the smaller benefits of the different internal wiring and low-resonance body in the Bronze/Black, would not be present.

And yes, once we get to that price, we might as well just shop for a different cartridge.

Other manufacturers offer the same interchangeability--you can often get the better stylus option for a less expensive cartridge. In fact, I know @Harry bought an improved stylus for his P-mount Ortofon that made a big difference in tracking ability. Audio Technica's moving magnet cartridges have interchangeable stylus models between bodies, as do Nagaoka. In fact, Nagaoka's line has similar differences in the bodies. The MP-100, 110, 150 and 200 can take the MP-300 and MP-500 stylus replacements, but the 300 and 500 have the improved body and wiring. Not only that, the 300 and 500 use two small set screws to firmly attach the stylus to the cartridge, whereas the 110 and 200 only slide in. (It's not like anything would fall out, but the set screws add a small amount of mechanical coupling between the two.)

The expensive Ortofon was probably one of their top moving coil cartridges. Those can sound fantastic, but two major drawbacks--you need a moving coil input on your equipment (or a step-up transformer), and the stylus is not replaceable--they need to be sent in for a retip.

I'll need to wait a while to really hear what the MP-500 is like, compared to my two previous cartridges (both moving coils). The house is a bit too busy lately to listen to anything at length.

Staff member
Site Admin
Thread Starter
Yep. the 320. In fact, I already have a replacement waiting in the wings. 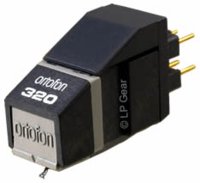 Harry said:
Yep. the 320. In fact, I already have a replacement waiting in the wings.

I was concerned a few years ago that it might be discontinued but thankfully it's still around.

Hey Rudy. I’ve been researching cartridges, turntables etc. on line for about a month. A company called LpTunes out of the Las Vegas area seems to have the best selection and prices I can find. No store front, so he charges less than Amazon or most EBay sellers. He seems pretty legit, and mostly very positive reviews. He carries just about any brand and replacement belts, cartridges that are made. I’m almost ready for that Ortofon Bronze you suggested earlier this year. Sorry the convention was cancelled. It would be audio heaven I’m sure. I’ve never heard of most of the manufacturers that were supposed to be there. Lifestyles of the rich and famous I suppose. Thanks again.

Staff member
Site Admin
LPGear is another good one to try. Music Direct has some turntable and related equipment, but LPGear (and LPTunes) both probably carry a wider selection of cartridges and replacement styli. LPGear has some specialty replacements for Grado cartridges that can't be found anywhere else.
You must log in or register to reply here.