Staff member
Site Admin
Thread Starter
That dated back to when "Billie Jean" was a hit, so it's an oldie. I remember hearing it a couple of times on the radio back then but never did search for it. I found it while searching through the 18 Ben Liebrand Grand 12-Inches sets that I have.

I can't find the original, but there was a mashup between Oasis' "Wonderwall" and Carpenters' "We've Only Just Begun." Someone uploaded some sort of "remix" that doesn't have the same feel.

Since we're on the subject of mashups...

Carpenters vs Kraftwerk vs Madonna - "Calculating Occupants of Interplanetary Kraftwerk"

I really love WTWNN. This arrangement is so frenetic it's like some kind of acid lounge happening.
Last edited: May 7, 2022

Well, those are things...

Stevenj said:
I really love WTWNN. This arrangement is so frenetic it's like some kind of acid lounge happening.
Click to expand...

I get that same vibe from "Crystal Illusion," another album-ending track.

Rudy said:
I get that same vibe from "Crystal Illusion," another album-ending track.

At this time, I have all the Brasil'66 albums playing on the record player.
A

Lou Christie "Paint America Love" (from 1971) is finally out on Apple iTunes!! Christie's classic album & one of his best!! (audio only of the 9 songs)

Rudy said:
I get that same vibe from "Crystal Illusion," another album-ending track.

I love Crystal Illusions, too.

Staff member
Site Admin
Thread Starter
Been weeding through all 18 sets of Ben Leibrand's Grand 12-Inches compilations. Most are 4-CD sets, and one is 6 CDs. A lot of 12" singles I had forgotten about. Others I have, but didn't get around to digitizing them. 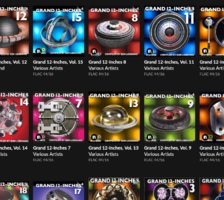 There are 2 new Matt Bianco collections just out. The American version is called The Essential: Re-Imagined, Re-Loved. Updated mixes of most of the best cuts from the catalog. Kind of smooth jazz with excellent Latin vibes. The other is an import called Remixes & Rarities. Extended and 12” style cuts or unreleased tracks. Not related to the U. S. release at all. Both are 2 cd sets. The import is on order, for delivery in June. He kind of sneak’s something for release about every year or so. I know Rudy is a big fan. Great music for driving, and Basia fans too.


This flows so nicely, and hypnotic as well.

Staff member
Moderator
I just got the chance to listen to the new album by Ann Wilson (of Heart). It's called Fierce Bliss, and there is a lot to like about it. First off, she still sounds great. The classic voice definitely has a bit of a rough edge to it, but she can still out-sing just about any other female vocalist out there, even at age 73.

There are a couple of great covers, such as the Eurythmics' "Missionary Man," Queen's "Love of my Life," (which has guest vocals by Vince Gill) and originals that recall the down'n'dirty sound of the early Heart records. The opening tune, "Greed," is terrific and there is a cover of "Bridge of Sighs" that has a guitar sound very reminiscent of Heart's "Devil Delight," an early classic of theirs.

The one problem with this album is it doesn't really have a lot of memorable hooks in the songs. After hearing the recent Lindsey Buckingham album, by comparison, I came away after one listen with at least two or three irresistible "ear-worms" stuck in my head. As of today, I can't really mentally play back any of the songs on the Ann Wilson album (well except "Missionary Man," which is a pretty indelible tune!). But, I'll give it another listen or two and see what happens.

When I first saw the cover art, I was thinking it reminded me of a Yes album.... and sure enough, the artwork is by Roger Dean, who created many Yes covers over the years. 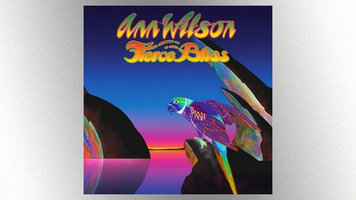 Staff member
Site Admin
I'm spinning SP-5023 this morning. That's the album by Tracie Young under the name of just 'Tracie'. This is a fun album. The Cherry Red version is now out of print and selling for higher dollars. 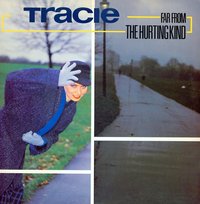 Staff member
Site Admin
Thread Starter
I've been skipping back and forth through Nik Bärtsch's catalog comparing "Moduls" from over the years to hear how they have evovled, or how they have been used in combinations (like "41_17," "8_9," "49_44," etc., where individual moduls are either overlayed or played in sequence). "Modul 5" is one he has recorded and performed quite often and dates back to the first album from 2001, Ritual Groove Music. A favorite is from Continuum, and he also recorded it on his Entendre album this year as a solo piano version. It would be a good soundtrack for some of my road videos.

Just received his book over the weekend as well. It's a collection of notes, essays and interviews about composing and performing music (especially in a group), the formation of the club EXIL that he co-founded in Zurich (where he, his group, and/or members of his group have performed every Monday since the 2000s), and much about the practices of Aikido, which he and his wife are long-time practitioners of. 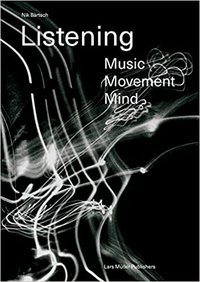 Today I went to a thrift store that I had not previously been to and found a copy of Sandpipers SP 4125.
Both record and cover are in very good condition. They actually had two copies but I bought just one of them.

rockdoctor said:
Today I went to a thrift store that I had not previously been to and found a copy of Sandpipers SP 4125.
Both record and cover are in very good condition. They actually had two copies but I bought just one of them.
Click to expand...

Bobberman said:
Congratulations on your purchase of a rarity I have the CD version which was the Collector's choice 2 Fer which also has the Guantanamera album
Click to expand...

Thanks.
I may go back and get the other copy.

Staff member
Site Admin
I think my SANDPIPERS collection is mostly complete, when combining CDs and LPs. All of the main albums I have on CD in one form or another. Like Bobberman, I have the two Collectors' Choice two-fers that give me:

GUANTANAMERA
THE SANDPIPERS
MISTY ROSES
THE WONDER OF YOU

I have 2 SHM-CDs from Japan that provide:
SOFTLY
COME SATURDAY MORNING

And I have a digital copy of the Japanese:
A GIFT OF SONG
that a kind soul made for me.

In LPs, I have the:
GREATEST HITS
FOURSIDER
SPANISH ALBUM
THE SECOND SPANISH ALBUM
and nearly all of the main albums on LP.

I think that's way more than enough Sandpipers and should hold me for the rest of my life.
A

Staff member
Moderator
I've had my self-made/re-mastered Suburban Lawns compilation The Complete Suburban Lawns on heavy rotation in my car the last couple weeks. It contains not only their debut I.R.S. album Suburban Lawns (SP70024) and their follow-up Ep Baby (SP 70503), but their debut single (on Suburban Industrial Records, later a Faulty Products label) "Gidget Goes To Her" b/w "My Boyfirend" and an amazing pre-release mix of "Flavor Crystals" a track from the Ep.

Staff member
Site Admin
Thread Starter
This Roulette date flew under the radar--just discovered it not too long ago. 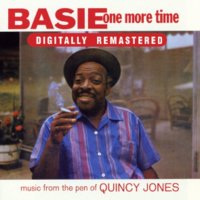 This predated Basie's albums from the early 60s, featuring the Basie band with Sinatra and a handful of others under Q's leadership, by a few years. Q wrote and arranged all the songs on this record.

This is available on a CD reissue as a two-fer with String Along with Basie (a play on words, based on his prior album Sing Along with Basie). Q had no hand in this second album, making it a weird pairing. Yet, still good to have a digital reissue of it, thanks to Roulette's typically noisy pressings of the day. 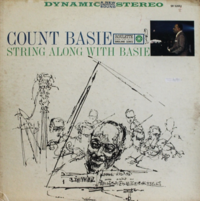 Staff member
Site Admin
Thread Starter
This one is heavily influenced by Funkadelic, with a bit of jazz. Lenny White left Return to Forever and joined up with the group Twennynine and put out this major R&B hit. The album was produced by Earth Wind & Fire's long-time keyboardist, Larry Dunn. Brings back a lot of great memories from those years! It took me well over 30 years to find the 12" promo single version of this track; in fact, I think @JH12"fanatic was the one who found it at Amoeba and sent it my way. The local radio station played the extended promo version, and it was frustrating to have only the single/album version (3:37, below).

Staff member
Site Admin
Thread Starter
Twennynine has parallels to the P-Funk sound, and Uncle Jam Wants You! was released around the same time:


Radio didn't play this one much, probably due to the album/12"-promo version being a 15 minute jam. This is the sort of thing that would fill up a dance floor, though.
You must log in or register to reply here.