Also check out Neil Peart's "Burning For Buddy" (tribute to Buddy Rich) & there are 2 of them!!

Yes, another album named Tamba. This was also reissued as Black + Blue. It is a 1974 recording by the Tamba Trio, released by RCA. The style here has shifted from their 60s albums and the CTi records--this is somewhat reminiscent of what Sergio Mendes might have sounded like, had he stuck to purely mid 70s Brazilian tunes. So it has a little more of the pop influence than their earlier records. Not essential but still an enjoyable listen. The CD version has three bonus tracks.

Thread Starter
Staff member
Site Admin
Did a bit of a reset here and went back to some old Jean-Luc Ponty favorites: 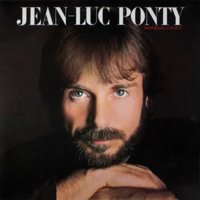 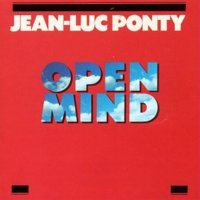 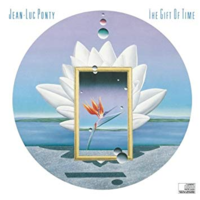 Thread Starter
Staff member
Site Admin
The arrangements for the Tamba 4 tracks "O Morro" and "Consolacao" originate from 5 na Bossa, a live concert from 1965 featuring Nara Leao, Edu Lobo and Tamba Trio (Luiz Eca, Bebeto, Ohana), recorded in Sao Paulo at the Teatro Paramount. I would guess the studio versions originated around this time frame, perhaps never released until We and the Sea (where guitar was overdubbed at a later time). 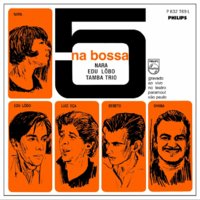 The live tracks are also found on the two-CD Tamba Trio Classics anthology. 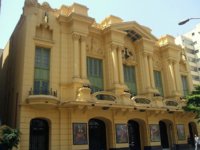 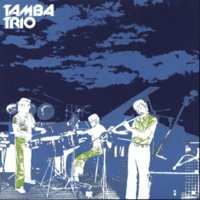 I like this one! A mid 70s album that goes back to the three-part vocal harmonies. Confusing since it's yet another album named Tamba Trio.

Thread Starter
Staff member
Site Admin
Well, this is interesting! I discovered this on the above Tamba Trio album:


Compare to this one (one of my favorites from Quintero's album):

Pop turned country singer Mac McAnally "Nothing But The Truth" (Geffen) from April of 1983 which has the song "Minimum Love" that went to # 41 (missing the Top 40) on Billboard Hot 100 Charts. Mac has more than 7 or 8 or more country awards!! A great sounding album which I downloaded on itunes for only $ 5.99!!

Probably missed it since I don't listen to Sergio past Brasil '66.
Click to expand...

I like Sergio's version a lot better... seems like he really had the knack for adding just the right "pop" touches to Brasilian songs.

Mike Blakesley said:
I like Sergio's version a lot better... seems like he really had the knack for adding just the right "pop" touches to Brasilian songs.
Click to expand...

That's probably why I don't care for his post-A&M records.

But hey, to each their own!

I still like his pre-Brasil '66 recordings the best, and Brasil '65 to me is the high water mark.

Quintero's version is really nice though, and it's a lot more recent recording. The entire album Percussion Maddness is good since it's a mix of South American styles, and it was nice hearing a Brazilian song among montuno, mambo, salsa, Afro-Cuban, etc..

I like just about everything Of Sergio's until Bom tempo sadly Sergio was just getting too Hip Hop for my tastes there were a few good songs on timeless and Encanto had yet several more songs closer to the form of music I always expected from Sergio but sadly By the time Bom Tempo was released i finally just gave up hope of ever hearing anything resembling modern brazillian music as i understood it to be while i understand his desire to keep up with the times In my opinion he just went too much into hip hop and I didn't feel like it was really Him but to each their own At Least with Herb he managed to keep up with the times while Retaining his classic unique signature sound albeit with a few slight twists. I hope nobody is offended by my comments here but yet I remain hopeful that Sergio will make a new album that has more of his Pre brasil 66 Jazz sensibilities and a little dash of Brasil 66 but without the Hip hop sounds I heard so much hip hop when I was younger I got tired of it very quickly.

Bobberman said:
I hope nobody is offended by my comments here but yet I remain hopeful that Sergio will make a new album that has more of his Pre brasil 66 Jazz sensibilities and a little dash of Brasil 66 but without the Hip hop sounds I heard so much hip hop when I was younger I got tired of it very quickly.
Click to expand...

I feel the same way. But I think his jazz/Bossa ship sailed decades ago, unfortunately. By the time of Brasil '65, I feel he had honed his unique piano sound to the point that his style was easily recognizable. Thankfully a lot of that carried over to the first three Brasil '66 albums. The next couple of Brasil '66 albums took on more of an MPB style as opposed to Bossa Nova, and his piano style was still in the forefront. I miss those days, and that style.

Thread Starter
Staff member
Site Admin
I didn't expect to see these on Qobuz but...

Thread Starter
Staff member
Site Admin
I haven't played this one in years: 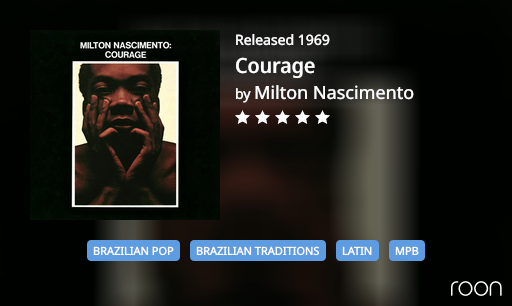 Thread Starter
Staff member
Site Admin
I am going to pay tribute to Lyle Mays all this evening, as he passed away on Monday from a recurring illness. I had wondered why he hadn't recorded or made appearances in recent years.

All the videos of "September Fifteenth" (with Pat Metheny) have been pulled from YouTube, but I'll leave you with "Close To Home" from his first solo recording, Lyle Mays. Which seems fitting.


This is what I have on tap. Although I'll skip the Eberhard Weber album and the Piano Jazz broadcast.

Thread Starter
Staff member
Site Admin
So yeah, first thing in the morning I hit Qobuz and streamed the new Pat Metheny album released today, From This Place. I've already been streaming the pre-release tracks, but today the rest of the album (six remaining tracks out of ten) is available. This is his first full studio release since 2014's Kin (<-->), and the live-in-studio The Unity Sessions from 2016. Which is an uncommonly long stretch between recordings, as he was releasing at least one record per year.

I have to say that Pat's bassist here, Linda May Han Oh, is incredible--she really stands out at the end of "Wide and Far," and has an incredible technique I've never heard on any of Pat's albums in the past. She and Gwilym Simcock (piano) are two young musicians who were part of his Side Eye band, the band being a project where he works with up and coming new artists who were influenced by his music. Gwilym is also a fine player.

As I mentioned earlier, this album has an orchestral backing to it, featuring The Hollywood Studio Symphony (conducted by Joel McNeely). Pat went with this unit since he wanted that cinematic feel to the orchestral parts, and felt this particular unit provided it best. String arrangements on alternating tracks are by Gil Goldsten and Alan Broadbent, with Pat contributing one of his own (on "Everything Explained"). 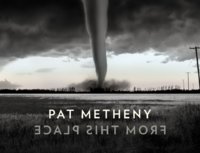 I'll have more impressions once I get the formal review written. One neat hack I have with Roon Player is that I can hide tracks--I've had to do this with the title track, "From This Place," which 1) is a vocal track that I don't care to hear on an instrumental album, and especially 2) due to its political content. (It's not blatant but still, knowing the catalyst behind it, it's nothing I care to hear. There's enough butthurt out there today and I'm not party to any of it.) 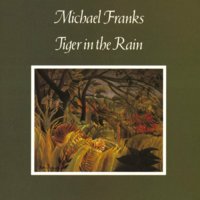 Got "The Best Of Michael Franks" in my compact disc collection but that is all I have from him.

Thread Starter
Staff member
Site Admin
In later years, I have felt that a low point in Michael Franks' recordings was what I refer to as his "electric boogaloo" period. 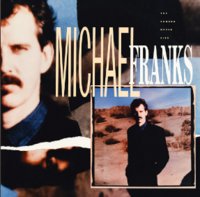 Good songwriting as always, but the production on The Camera Never Lies? Ugh. Something like "I Surrender" is an assault on the ears, others are very dated with all the synths and drum machines, while other tunes like "Face To Face" try too hard to be Big Hit Records, which I would attribute to pressure from the record company. The better tunes are on side two, like the catchy "Island Life" and the moody ballad "Now You're In My Dreams." These two tunes, "Face To Face" and the title track are the only ones I can really listen to here. "Doctor Sax" is a cool idea but is, like some of the others, ruined by overly-busy production.

Skin Dive was also a bit "electric boogaloo" and "hit-ready" but I've always found its production at least to be easier on the ears, and I played that one quite a bit. "Let Me Count The Ways" and "Secret's Safe With Me" actually did get a lot of airplay on our local jazz station, and the others have a nice flow to them.

Thankfully he turned the corner with Blue Pacific and went back to his earlier style, with electronics dialed back and used only for flavoring. His later records have had some of the best production across all his albums, as he works with those producers who can frame his unique music properly.
T

Over the weekend I picked up the 1980 LP Abba Super Trouper on the Atlantic label. Found it at a content sale for next-to-nothing. I’m not sure whether I like the ABBA originals or the the versions done by the ABBA-tribute group The Real ABBA Gold.

Thread Starter
Staff member
Site Admin
One tune I like from Oregon's Crossing is called "The Glide," penned by co-founder Ralph Towner. This original arrangement featured the melody on a synthesizer, followed by Paul McCandless on soprano sax and accompanied by various percussion including the tabla.

Their last album (perhaps their final album?), Lantern, features a straight-up jazz/swing version of the same tune. It's amazing how easily it adapted. 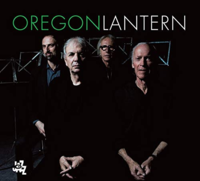 Oregon, as of a couple of years ago, has ceased touring. The original members are approaching octogenarian status.

In addition, co-founding member Glen Moore left the group, and was replace by Paolino Dalla Porta (second from right). Even if this is their last recording, they've had a great run of it, having roots in the Paul Winter Consort back in the late 60s. (The co-founders split off from Winter's group to form Oregon.)

Thread Starter
Staff member
Site Admin
Final thoughts on the Metheny album above--it's a fine recording in some instances but in others, I have a distinct feeling of deja vu. I hear echoes of past tunes here. "Sixty Six" kind of riffs on the ideas of one of his most recognizable tunes, "Last Train Home." Others are reminiscent of tunes from the Secret Story album. The "butthurt political statement" tune is one I eliminated in Roon so I would never have to listen to it; it is the only tune in his entire catalog that features vocals (beyond the wordless vocalizings of past associates like Pedro Aznar, Nana Vasconcelos, etc.). The idea of that one tune really ended up souring me on the entire album.
You must log in or register to reply here.
Share:
Facebook Twitter Pinterest Email Link
Top Bottom