Rudy said:
I'll give it a spin this evening.

Hope you liked it. I like her deep alto...she's quite a tall drink of water, as well!!


AHEM! In other music news, it was a Lalo Schifrin day. Interestingly, The Famous IMF LP was not as good as I recalled -- and now I know why: apparently, Lalo only composed the famous theme while the underscore was knocked off by others; this one gets demoted to the dungeon (garage).


These two are quite good.

JOv2 said:
AHEM! In other music news, it was a Lalo Schifrin day. Interestingly, The Famous IMF LP was not as good as I recalled -- and now I know why: apparently, Lalo only composed the famous theme while the underscore was knocked off by others; this one gets demoted to the dungeon (garage).
Click to expand...

According to my records, all tracks on that first MISSION: IMPOSSIBLE album were composed, arranged, and conducted by Lalo Schifrin with just one exception, "The Lady Was Made To Be Loved" written by Jack Urbont and Bruce Geller. 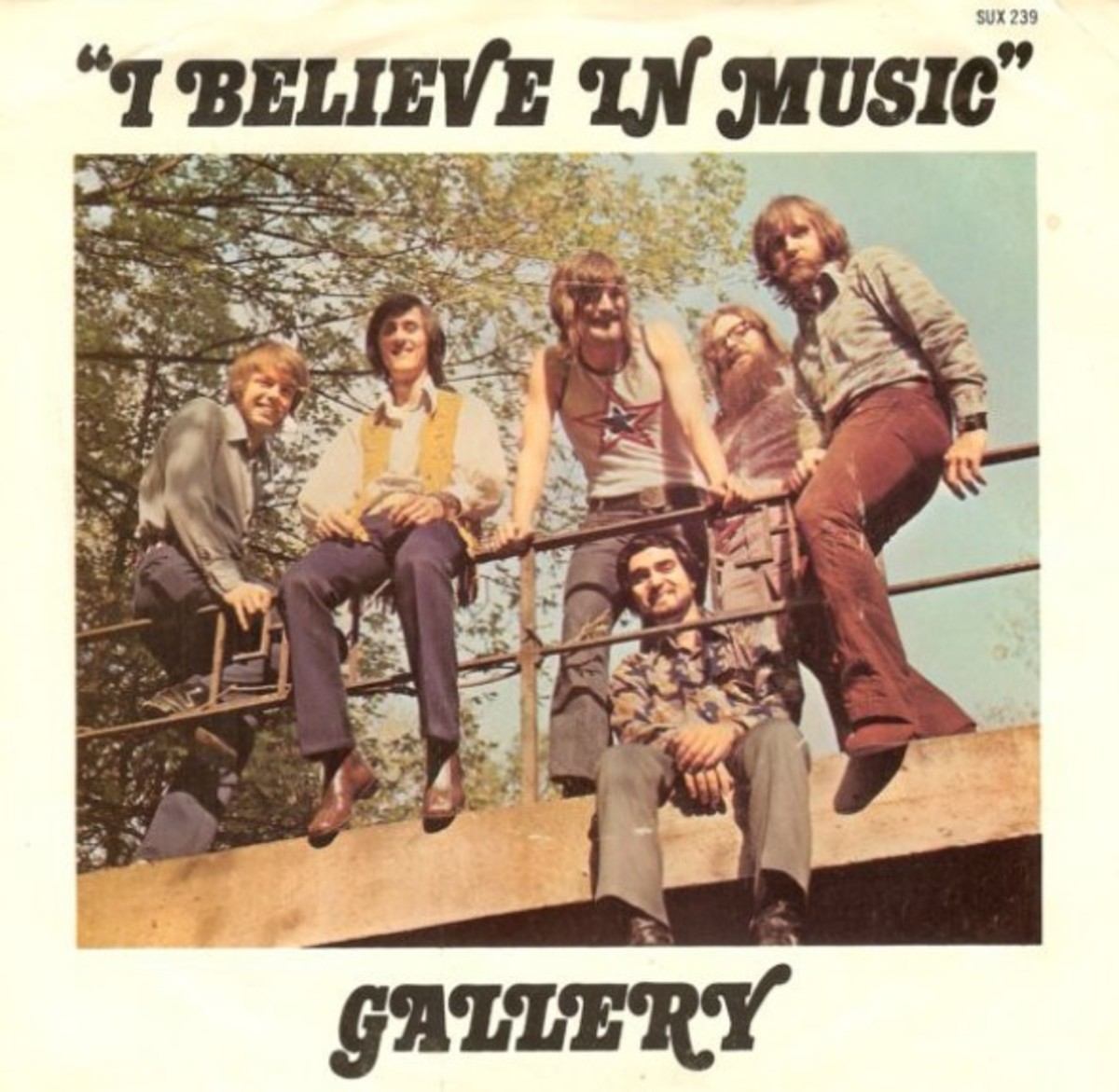 After Gallery’s Top 10 single “Nice to Be with You,” written by the group’s lead singer Jim Gold, they followed it with “I Believe in Music,” written by Mac Davis. Jim shares many stories including one about the tribute concert for The Outsiders’ Sonny Geraci.

I'll be giving this a spin later (the sealed copy I finally located late last year). Jim is the one in the gold (heh) vest: 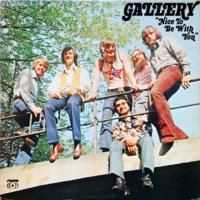 Harry said:
According to my records, all tracks on that first MISSION: IMPOSSIBLE album were composed, arranged, and conducted by Lalo Schifrin with just one exception, "The Lady Was Made To Be Loved" written by Jack Urbont and Bruce Geller.
Click to expand...

Thanks for the info, Harry.

I re-checked my CD (Hip-O). The cover states "arranged and conducted by the composer"; however, as there were no songwriting credits combined with the liner notes only discussing the memorable theme and nothing else led me believe he only wrote the theme (not an unusual circumstance for TV shows). I also consulted the current Wikipedia entry (not always the best source, I realize), which stated: "...among the other composers to work on the series were Jerry Fielding, Walter Scharf, Gerald Fried, Richard Markowitz, Benny Golson, Robert Drasnin, and Hugo Montenegro". I’m sure the case was this: The music on the two Dot LPs was essentially 100% Lalo’s — but these were recorded specifically for LP release. The actual broadcast soundtracks, on the other hand, featured the other composers as well as Lalo. Given I typically like Lalo’s work from this period, yet didn’t much care for the LP, led me to incorrectly believe these works were probably from other composers. The other 3 s/t releases I have from the ’67-’68 period, to my ears, are overall much more cohesive and interesting. Thanks for your corrections -- always appreciated! 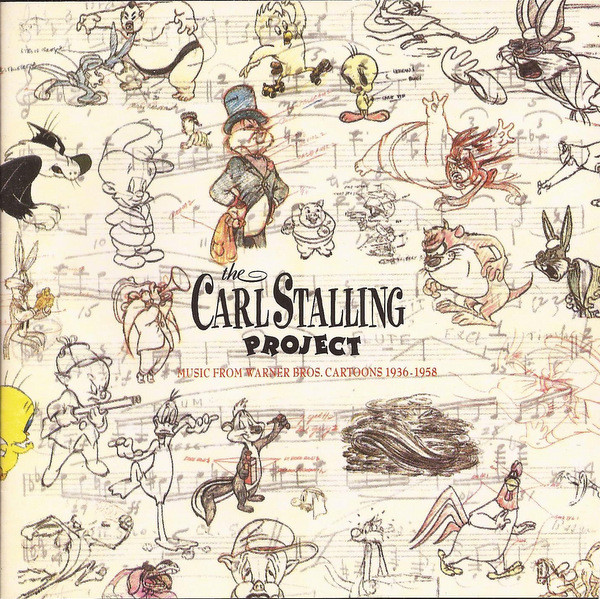 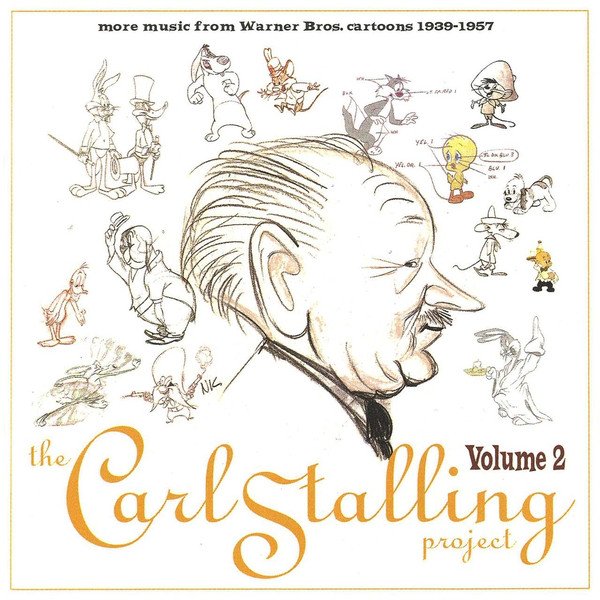 Staff member
Site Admin
Thread Starter
I have that first Stalling Project and I remember it brought back a ton of great memories. Our local independent TV station used to play all those old Warner Bros. cartoons, and my buddy and I had most of them memorized word for word. Still like them to this day.

This is what's spinning right now:

Lyle passed a year ago, and I may be doing a tribute article (elsewhere) if I get a chance in the next couple of weeks. This album was always a sleeper with me, but it's grown to be my favorite. I still like his two prior albums, though. He recorded way too few in his lifetime.

Bobberman said:
I recently heard some Lyle Mays's 80s music on YouTube recently and i thought " How did i miss this guy" after all he was known for his work with Pat Metheny now I need to find some of those albums i hope there is a "Best of" collection out there i can start off with but if not ill just do some searching for audio samples on Amazon if a available and start there
Click to expand...

Lyle only had five albums, the last one being a live album, so there isn't a compilation out there. His first three albums (Lyle Mays, Street Dreams, and Fictionary) are the most accessible. The first two are more electronic in nature, featuring a few synthesizers throughout (not in a tasteless or dated way, though), whereas the latter is a straight-up jazz trio date strongly influenced by Bill Evans.

The Pat Metheny/Lyle Mays album As Falls Wichita, So Falls Wichita Falls is another good entry point. The side-long title piece is a bit to get through, but side two is the real gem. "It's For You" was the first piece Pat and Lyle wrote together, and "Ozark" is a playful gem as well. The real centerpiece is "September Fifteenth," a remembrance of pianist Bill Evans who passed away on that date while they were recording the album. Lyle once said that he considered himself a composer, not a jazz pianist, but what he "composed" on the fly as his solo in the last half of that piece is amazing. He plays in his own style while channelling Bill Evans, and it's one of those moments where you dare not breathe. I've heard live performances of this piece and nothing has ever topped Lyle's solo here.

His first album is up on YouTube. Like this and the follow-up album Street Dreams, his composing style is almost visual in nature.

Staff member
Site Admin
Thread Starter
This 2015 recording is fresh out of 1965. I've posted it here before, but giving it another play this evening. "Smooth Sailing" was the track I heard, and it does throw back to early 60s soul. Leon Bridges is out of Fort Worth and this was his first album.

It's out there on vinyl.

I found this one on Qobuz earlier today, and am about to give it another play after Ralph is done. 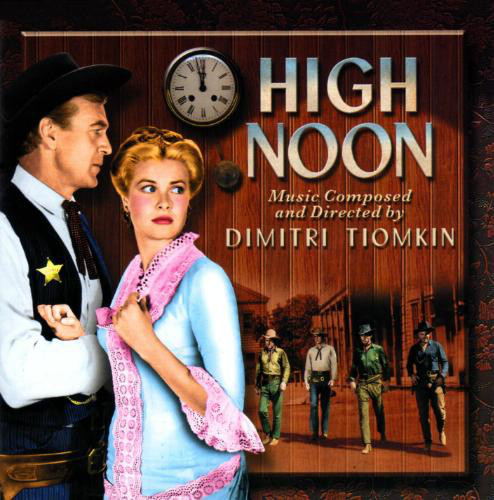 Before he became an institution, the pre-Jaws John Williams composed some memorable stand-alone works for films.

Parts of this one remind me of Moondog...

Gentlemen, I'm now embarking on a 200-year survey of western art music (i.e., "classical" music) -- essentially from Bach to William Schuman -- so, I won't have much to offer on a recurring basis in the "pop" bag for what's going to be quite a spell.

Today, we kicked off with solo cello...

And this one, while I haven't heard it yet, is queued up as well:

I may not visit this one tonight, but can use it while working tomorrow:

I've only seen him in concert once. Back in the 80s, Corea, Freddie Hubbard, Joe Henderson, Lenny White and Stanley Clarke made two studio albums together--one, the Griffith Park Collection, was instrumental, and the other, Echoes of an Era, was a vocal album with Chaka Khan. The concert was supposed to be all six, but Khan and Hubbard got stuck on a flight into town from another city that I believe was grounded due to inclement weather, so the remaining four (with Joe Henderson handling all the melody and horn work) continued on with the concert.

I noted something interesting last night. Chick Corea recorded the album Return to Forever in Feb. 1972 for ECM, yet in the US it was never released until 1975. The lineup there included Airto Moreira, Flora Purim, Joe Farrell and Stanley Clarke. But CTi released the Airto album Free, recorded a month later (March 1972) which featured the title track, trimmed a bit in length (but still 10 minutes long) and fleshed out with a few flourishes. I already knew Joe Farrell and Flora Purim were on the Airto album, but while looking at the credits last night, I also noticed that Chick Corea is reprising his role as keyboardist in the tune and I see Stanley Clarke and Lenny White's names in the credits as well. The other credits include the usual CTi participant (Ron Carter, Hubert Laws, etc.), so it's possible that "Return to Forever" might have essentially been a reprise of Corea's own recording, since it wasn't released here for three more years.

One of my few post-1970 jazz recordings and quite enjoyable.
A

I didn't pickup on this until now...

My first exposure to Corea was in the mid '80s when I was discovering the 1960s Blue Note recordings. He was Blue Mitchell's pianist and arranger off/on, 1964-67. He was on Getz' Sweet Rain ('67), then cut 3 LPs, 1967-69. Of all of these, the Blue Mitchell sides are my favourites, but the IS dates are the most interesting. Miles surely heard how singular he was -- one can only imagine what having Hancock, Zawinul, and Corea in the same "band" must've been like -- two electric pianos and and an organ all integrating in the most musical manner. I saw Corea in an Oakland club in the late '90s -- even chatted with him for a minute. He was definitely "100% music"; he seemed nice but definitely in his own unique sphere...which further cemented why he was where he was (on stage as an American musical icon) -- and the rest of us were watching from across the aisle as it were. 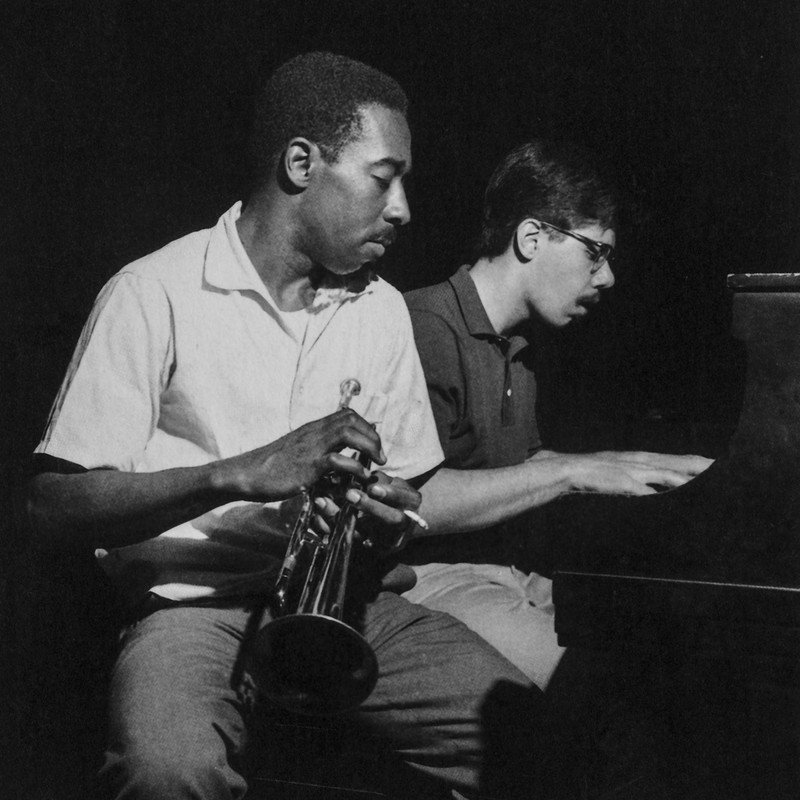 Over 20 years ago, a trumpet teacher of mine passed this along to me:

Staff member
Site Admin
What about Dore Alpert's "Won't You Be My Valentine"?

Nina Simone at Town Hall. Wish I could've been there that evening!