Staff member
Site Admin
The groove of "Summertime" was apparently good enough for Herb to revisit it on an IN THE MOOD track in 2014 called "Don't Cry". Mix-meisters Mo' Horizons also took the groove for their "Bar Rhumba" track back around the turn of the millennium. I've posted it here before - my combination of the three tracks that just keeps the groove flowing for over 11 minutes.

Staff member
Site Admin
Thread Starter
The arrangement of "Summertime" is interesting because the vocals are set against the countermelody, where Herb is scatting the melody in the background. And the Lambert, Hendricks & Ross influence is strong also. It's the track closest to straight jazz under the TJB name.

Note: Wagner Without Words is your best bet at some Wagner melodies...without all that damn singing.

Rudy's late-Verve Cal offering inspired me to pull out this one on Tico Records from '67. (Any thoughts on the T'jader spelling?) 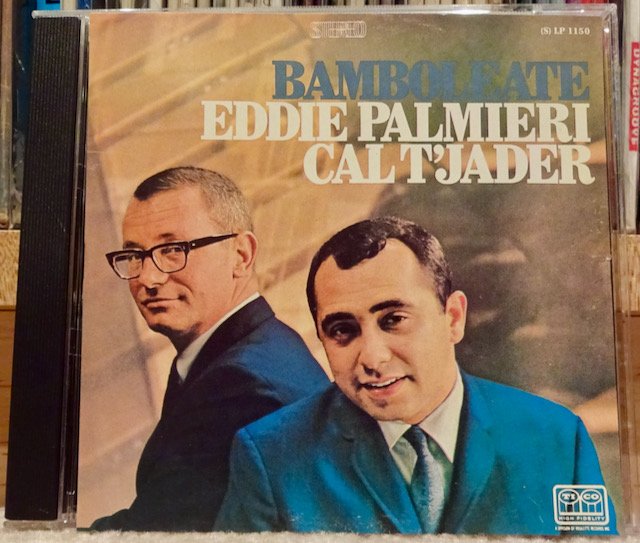 Staff member
Site Admin
Thread Starter
I have no i'dea why they spelled T'jader that w'ay.

I wondered that myself.

"Samba do Sueno" is one of my favorite of Tjader's compositions, and I like both versions (the other is on the Verve album Along Comes Cal). The Tico version percolates in kind of a subdued fashion, where the Verve is more up front and energetic.

The CD is kind of a turd--it has really heavy noise reduction on it. In fact, if you turn it up during the opening of "Mi Montuno," you can hear this weird sound in the left channel that is an artifact of the noise reduction. I only have this on a mono LP--been meaning to find the stereo version but it's a bit expen$ive to find a clean copy. Palmieri's Azucar Pa' Ti album is similarly strange--they apply noise reduction and some brittle-sounding digital reverb. On that one I do have the stereo LP to compare it to. These deserve better digital transfers for sure!

Not sure about the history of the two Tjader/Palmieri albums. Tjader's bio seems to think they reconvened for Bamboleate a month after El Sonido Nuevo. I've seen other dates showing they were maybe recorded a year apart. And then in a recent interview with Palmieri, he said that Cal wasn't even in the studio with them--he overdubbed his parts at a later time, after Palmieri and La Perfecta recorded their part. (Although he did say Cal did it so well that you'd never know he never played in the studio.) So there's conflicting information out there. I thought the bio might have had a good shot at confirming (and correcting) what information was right or wrong, but I still keep finding discrepancies.


JOv2 said:
Note: Wagner Without Words is your best bet at some Wagner melodies...without all that damn singing.
Click to expand...

Staff member
Site Admin
Thread Starter
This is one of those evenings that I'm glad to have Qobuz. I found this gem: 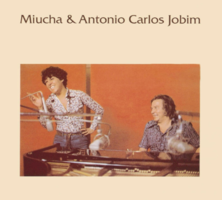 There was a second album as well.

Staff member
Site Admin
Thread Starter
Been playing the heck out of this since I got it. A pair of early Joao Donato albums.

Amazon product
If I had to describe it, it's like the Wanda Sa Brasil '65 album, where the Mendes Trio plays on their own. Similar style. Mendes even plays Donato's "Aquarius" on that album.

This is a 2-on-1 CD, with a bonus track from 1955 ("Silk Stop," which is possibly a needle drop from a 78 RPM record or acetate, given its exact three minute length).

Staff member
Site Admin
Thread Starter
I haven't heard this album in years. I'd forgotten how much I liked this one, and musically what an outstanding album this is. Here is Djavan's Bird of Paradise. 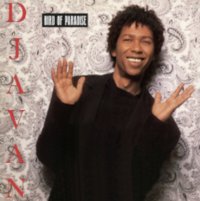 Only today while looking through Qobuz versions, I discovered that there's also this album, Não É Azul Mas É Mar, released the year prior (1987): 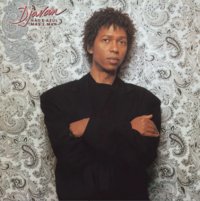 It turns out this is the same album, with the album "sides" swapped (on CD, tracks 6-10 become 1-5, and vice versa). The former features English lyrics on some of the tracks, where the latter is all Portuguese, recorded in Los Angeles in the summer 1987. For the English release, Michael Franks wrote lyrics for the title track. Brock Walsh wrote lyrics for two of my other favorite tunes on the record--"Stephen's Kingdom" and "Miss Susanna." Other standouts are the title track, "Carnaval no Rio," "Doidice," and "Me Leve."


I also need to listen to his two early albums again, Lilas and Luz, which were cut and combined onto his self-titled debut US album.

Staff member
Site Admin
Thread Starter
And some samples from the Joao Donato CD above (same tunes, but could only find these "official" versions on YouTube):


And a live treat with the maestro himself on "Bluchanga," from 2010:

Harry said:
The groove of "Summertime" was apparently good enough for Herb to revisit it on an IN THE MOOD track in 2014 called "Don't Cry". Mix-meisters Mo' Horizons also took the groove for their "Bar Rhumba" track back around the turn of the millennium. I've posted it here before - my combination of the three tracks that just keeps the groove flowing for over 11 minutes.

Thank you for sharing! To be honest, I'm really glad to have discovered this song in the MYOKOM footage that has surfaced. It's a great tune. At first listen, I thought the vocals were odd, and didn't truly appreciate what is maybe considered dissonant in classical musical theory, but I now realize that it's pretty smooth from a jazz perspective. This mix is especially smooth, and bridges what I assume are the two (three?) songs very nicely!
A

Staff member
Site Admin
Thread Starter
Got a couple of rarities coming from Japan--it'll be exciting to get them here, clean 'em up and do needle drops. The only hint I'll give for now is that they're both Brazilian-based recordings, from two different eras.

I have Joao Donato on again--been enjoying the heck out of that CD.

But I think the rest of the evening will be given to Jobim, so Wave and Stone Flower are queued up next.

Not a recent purchase, but I recently rediscovered the AM+ CD pressing of The Police's Zenyattà Mondatta (do we know what the album title means?) and love the sound on it. One tiny difference to note in CD pressings, the "Remastered Classics" pressing has a little "click" in that long synth note on "Don't Stand So Close to Me," at around 20 seconds. That click is not present on the AM+ CD pressing. 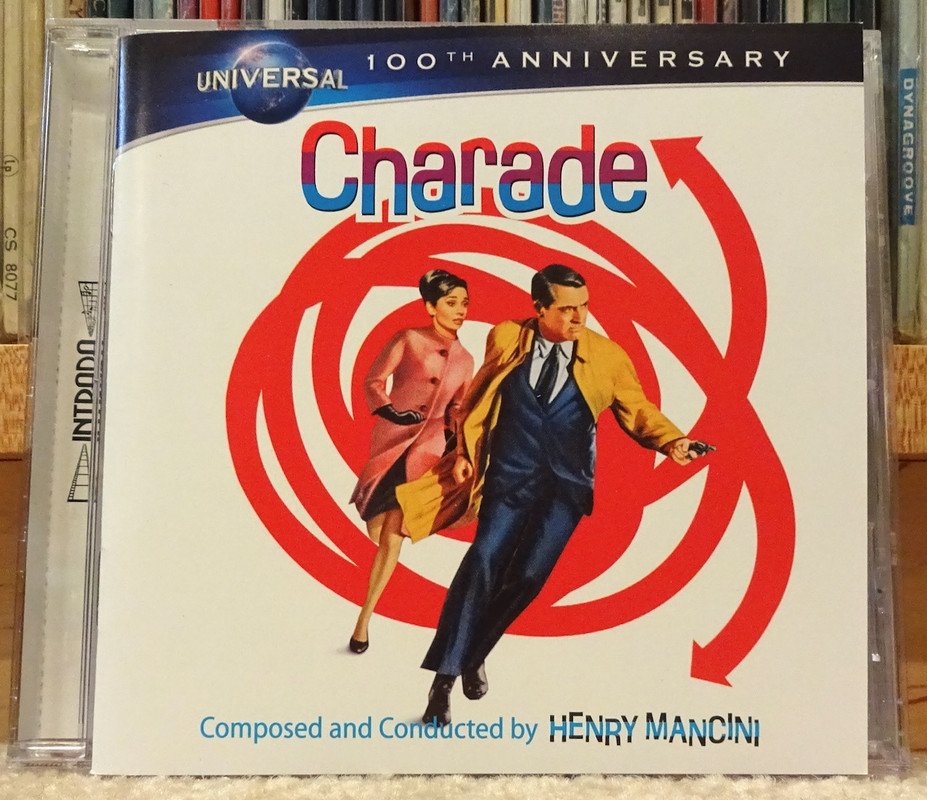 Been listening to this guy a lot lately...

Cuyler said:
One tiny difference to note in CD pressings, the "Remastered Classics" pressing has a little "click" in that long synth note on "Don't Stand So Close to Me," at around 20 seconds. That click is not present on the AM+ CD pressing.
Click to expand...

That click is on the master tape (apparently a tape edit), so it appears on all of the versions I have except for, strangely, a Nautilus dbx-encoded LP I bought in the mid 80s. The click is on the SACD and, I believe, the Message In A Box 4-CD set. The original LP release had it as well, so to me it's strange to hear it without the click. There must have been some copy of the master floating around which had the click edited out.

I'm not sure what the title means, but I've read that they are two made up words. Zen, of course, and "mondo" ("world") I think was what Sting was after.

Sting never was fond of the album--in a bio I read years ago, I understand they burned through a lot of songs to find these good ones, and were rushed since the recording date came amidst a busy tour schedule. I have to say it's held up really well.

"Voices Inside My Head" was the track that got my attention--a local dance station that also played funk and the occasional new wave/rock track is where I first heard it. Someone at the station was probably fond of it and slipped it into the playlist.
Last edited: Thursday at 8:57 AM

Rudy said:
I have to say it's held up really well.
Click to expand...

I completely agree with you. This is the one Police album that I grew up hearing (in the 1990s and 2000s) with my mom.

Staff member
Site Admin
I was never a big fan of Sting or The Police. All I have is a greatest hits collection on CD - and that click noise is there. It's easy enough to remove with today's digital tools.

Cuyler said:
I completely agree with you. This is the one Police album that I grew up hearing (in the 1990s and 2000s) with my mom.
Click to expand...

Ghost In The Machine was popular in my high school days, and that coincided around the time MTV made its debut, so a lot of that music ended up being popular back then. I think the only Police album that stumbles is Outlandos de Amor. It's a bit shaky at times. But the other four knocked it out of the park.

Rudy said:
Ghost In The Machine was popular in my high school days
Click to expand...

I was actually going to mention this! Even though I think Zenyattà is my favorite album (sentimental value, listening to it with my mom as a kid), "Every Little Thing She Does Is Magic" is probably my favorite single. The music video (which was recently rescanned in 4K and uploaded to YouTube on Vevo) is so fun too!
You must log in or register to reply here.