JOv2 said:
It will be quite awhile before I get to Ives (he's two shelves down from Bruckner). For my nickel, Ives is America's first "all-American" (i.e., non-European) composer -- at least the first such U.S. composer to gain widespread attention using wholly American musical motifs and idioms though I believe this was mostly following his death.
Click to expand...

That's what I gathered also. I had skimmed a couple of his bios online and I felt as though he wasn't appreciated by many until years after his passing.

Staff member
Site Admin
Thread Starter
In one of "those" moods this evening. 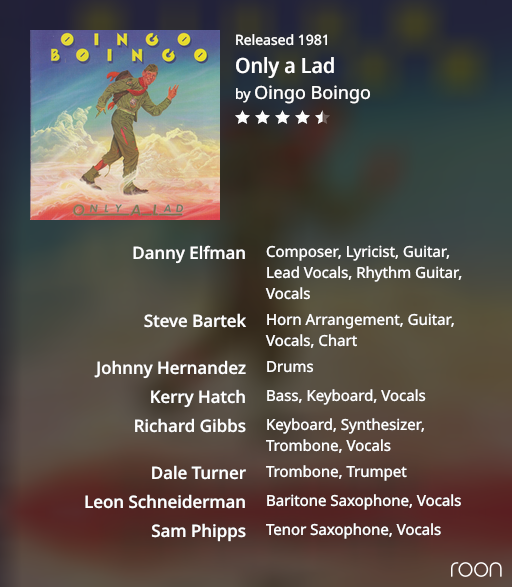 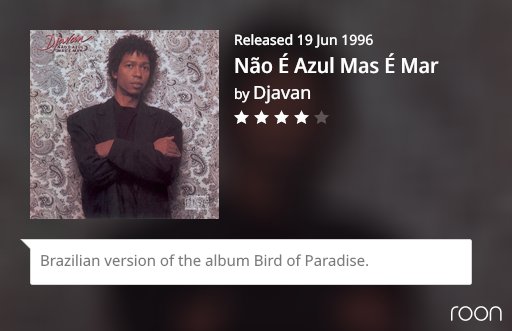 Staff member
Site Admin
Thread Starter
Last spin for the night. One George Duke original, the other two Milton Nascimento (who appears on vocals on the third video). Many big names on here--Airto, Flora Purim, Sheila Escovedo, Robertinho Silva, Chico Batera, Toninho Horta and Nascimento, among a few members of Duke's band. More Brazilian than anything Mendes ever recorded in the 70s. 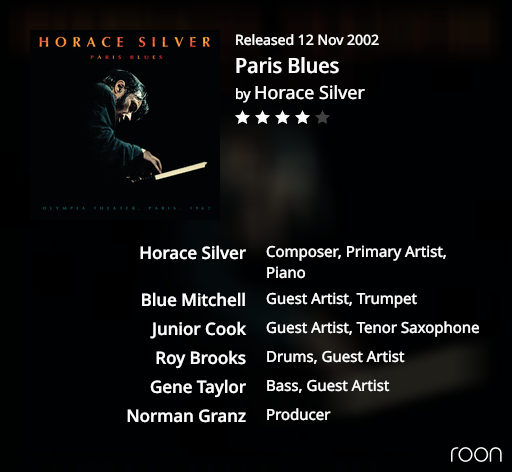 Staff member
Site Admin
Thread Starter
Much different from her other albums... 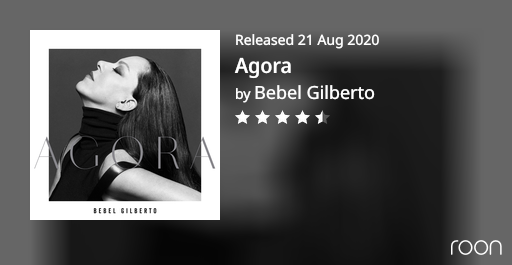 Staff member
Site Admin
Thread Starter
I'm listening to another Luiz Eça album at the moment, but I came across this. Took me a minute or so to find that it is a Mexican release of Samba Blim, on RCA's Camden label. 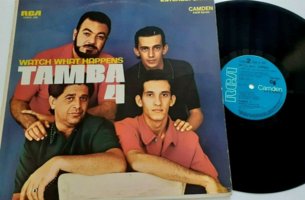 Note it says "Camden / A&M Series" on the jacket, and the CTi logo is on the label. According to Discogs, it's the same track lineup and running order.

Staff member
Site Admin
Thread Starter
Last spin of the evening, just a couple of tracks. One of those cornball instrumental/lounge LPs from the late 50s/early 60s.

Rudy said:
Last spin of the evening, just a couple of tracks. One of those cornball instrumental/lounge LPs from the late 50s/early 60s.
Click to expand...

My dad had that LP and I have my own version as well...and, well, by golly, I recall being a seven-year-old boy in 1970 playing that very track quite loudy and running around the living room and throughout the house like a crazy kid! My favourite selection of the LP. Definitely a fun record.

I recently got this cd with some great Brasilian grooves.

JOv2 said:
..... I recall being a seven-year-old boy in 1970 playing that very track quite loudy and running around the living room and throughout the house like a crazy kid!
Click to expand...

Yeah, I had a couple of songs I did that with. Thankfully I outgrew that, or I'd have sprained something.

I've found this cd for 15 usd second hand and it shipped today. I'm listening on youtube.

This if very smooth. It is also very "Verve Records" with the percussion. Herbie Hancock is on piano.

Staff member
Site Admin
Thread Starter
Anyone who's listened to the TJB or Astrud Gilberto, or a particular Sergio Mendes album, has heard this song. Here's another version of it. I'm sure it'll be recognized.

Staff member
Site Admin
Thread Starter
This was released last week Friday--a remastered version of The Time's eponymous first album. Morris Day, of course, in the front. From left to right, future A&M/Janet Jackson producers Terry Lewis (bass) and Jimmy Jam (keys), Jellybean Johnson (drums), Monte Moir (keys), and Jesse Johnson (guitar). At least, that's the lineup of the touring band. This album was primarily Prince (using one of his pseudonyms Jamie Starr) and Morris Day (who at the time was known more as a drummer).

One of our jams in high school.

The radio hit "Cool" defined Morris Day's role in the band. Saw them on Prince's 1999 tour, after their second album What Time Is It? was released.

This is available in hi-res 24-bit/96kHz as an "extended edition" with bonus tracks (all of them single edits), and was also released on a colored vinyl two-LP set. 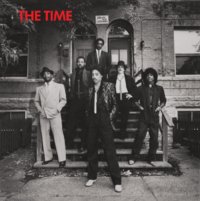 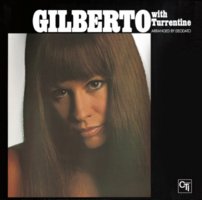 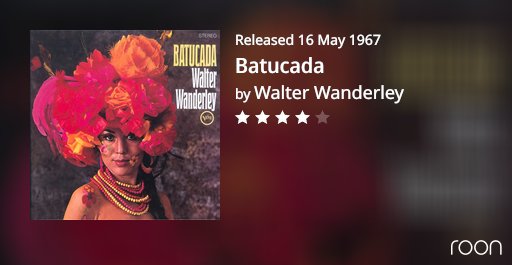 (Except for the vocal tracks. Instant skip.)
Last edited: Thursday at 9:52 PM

Rudy said:
Except for the vocal tracks. Instant skip.
Click to expand... 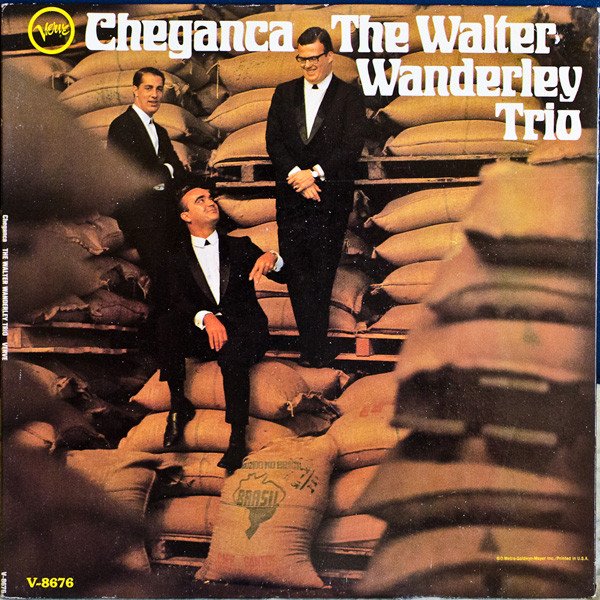 Mose Allison. Took a break from Brahms to run the Prestige (6 albums: 1957-59) and Columbia (3 albums 1959-61) cycles -- before Mose heightened his focus as a vocalist over at Atlantic from 1962 onward. Creek Bank is a 2-fer that includes Young Man Mose. While The Transfiguration of Hiram Brown is a 3-fer that includes I Love the Life I Live and V-8 Ford Blues (the 1966 re-release on Epic). By 1961, Mose had three standards under his belt: Young Man Blues, Parchman Farm, and I Love the Life I Live. I really like his three side long "suites" -- the most stirring of which is The Transfiguration of Hiram Brown. 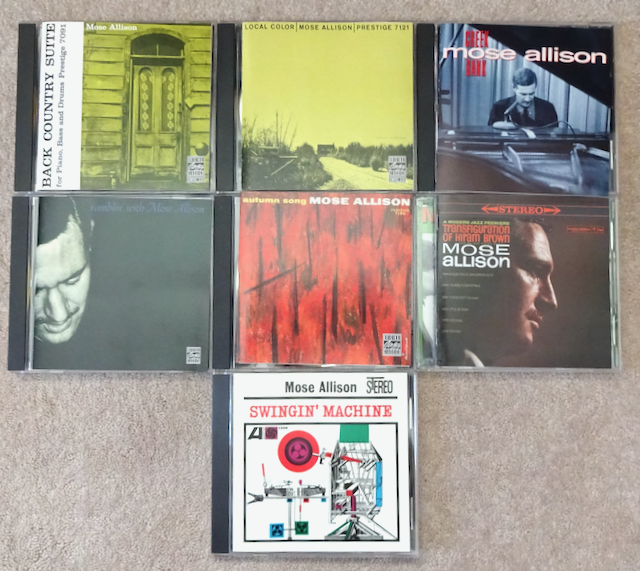 On the AllMusic review, the reviewer misidentifies Claudio Slon. I still remember many years ago when Claudio used to visit the forum--I remember a funny comment he made about having to pose for a picture, standing on top of bags of coffee beans in rented tuxes.

That was in the old version of our forum prior to 2002, and unfortunately I haven't found a way to import those into this one. (If I had to do it now, it would probably take three steps...then a ton of work to convert the names and email addresses over to current usernames that exist in the current forum, with the rest attributed to "Guest.")
You must log in or register to reply here.