Thread Starter
This recording comes from a 2016 Japanese comp and appears accurately identified. Given its authenticity, I would speculate that Herb heard this very demo...

Staff member
Site Admin
Nice demo - very much in the style that Herb ended up recording.

This reminds me of another brush of mine with "The Treasure Of San Miguel" by Herb. This goes way back to the later 1990s. Anyone around then will recall that Herb Alpert and A&M had released only some of the Tijuana Brass recordings on CD to that point. Albums 1-6 (LONELY BULL through WHAT NOW MY LOVE), plus 10 (BEAT OF THE BRASS) in the US, and most of those were out of print and hard to find. Luckily I'd snapped them all up at once. The CHRISTMAS ALBUM was out seasonally.

Also released on CD through the Japanese arm had been S.R.O., and THE BRASS ARE COMIN', both exceedingly difficult to find. I was lucky enough to have found S.R.O.

That left SOUNDS LIKE, NINTH, and WARM as persona non grata in the TjB canon.

Many of us sought to find any kind of compilations that were released anywhere in the world where any of the tracks from those missing albums might be found. It was pretty easy to find "A Banda" and "Without Her" and "Casino Royale" on many comps, but on the occasion of locating an outlier - one of the album tracks from any of those proved difficult.

One day, in the very early eBay days, I spotted a CD called THE MELODY GOES ON, Soft Rock Volume 2. It was a compilation released in Japan that contained 23 tracks of essentially sunshine pop with a lot of Roger Nichols songs and tunes by The Cowsills and The Free Design, etc.

I was attracted to this because of the inclusion of "The Treasure Of San Miguel". What was disappointing when it finally arrived is that the song had been mastered to this CD from a piece of mono vinyl. Oh well...

It wouldn't be until the 2006 Shout reissues that we'd all finally get the cleaned up stereo version of the song on CD.

This recording sounds modern. (Midi, digital...) This can’t be the original demo from the 60s...

Staff member
Site Admin
This demo could have been produced two ways. I'm more inclined to think #1 below, but #2 could be a remote possibility.

Thread Starter
Apparently Nichols is somewhat of a cult figure in Japan. Here's a link to the story behind the 2017 release of Nichols' music, which includes this and other demos, all of it culled from his own archives.


Rudy said:
This demo could have been produced two ways. I'm more inclined to think #1 below, but #2 could be a remote possibility.

This makes the most sense based on his interview from the RevOla SCOF release. In the interview, Nichols states that he was friends with Tommy LiPuma who, at the time, had just left Liberty for A&M and asked Nichols to come over as well -- which he did; and with that immediate connection he was able to pitch his songs directly to Herb. According to the timeline, Treasure Of San Miguel was probably pitched to Herb in Autumn '66.

Staff member
Site Admin
It's a shame he didn't have a second A&M album. There were enough tracks from the singles that they could have filled almost another side of an LP, and he probably had plenty more in the can he could have recorded.

It's been interesting to see his renewed interest in his music. He released the Small Circle of Friends reunion Full Circle in 2013 followed by Music for the Fun of It in 2018--both are new recordings. And the Treasury fell between these two.

Staff member
Site Admin
I really loved the 2012 release in Japan of the SMALL CIRCLE OF FRIENDS double CD. FWIW, they were both SHM-CDs, but the real prize was that the second CD was the mono version of the album, where every song had its own dedicated mono mix. 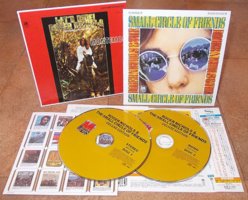 Staff member
Site Admin
I missed out on that one and it's $64 just to get a foot in the door. Not a big deal as I have the stereo version here. Or I thought I did--I was never able to find either of the two CDs I had of it. I remember selling one of them; it's possible I sold both, but my memory's so poor lately that I'd never remember it. Regardless, I have a version with "Bernie The Snow Dog" (or whatever) on the server now. All good.

Staff member
Site Admin
As a way of demonstrating some of the differences, I took "Don't Go Breaking My Heart" and compared the mono album version with the mono single version, both on disc two of that set.

First I had to match speeds. The single by the Roger Nichols Trio ran a bit slower, but as both used the same backing track, it was possible to match the speeds, mostly by speeding up the single.

Staff member
Site Admin
Meanwhile, back at "The Treasure Of San Miguel", this blog has an interesting paragraph: 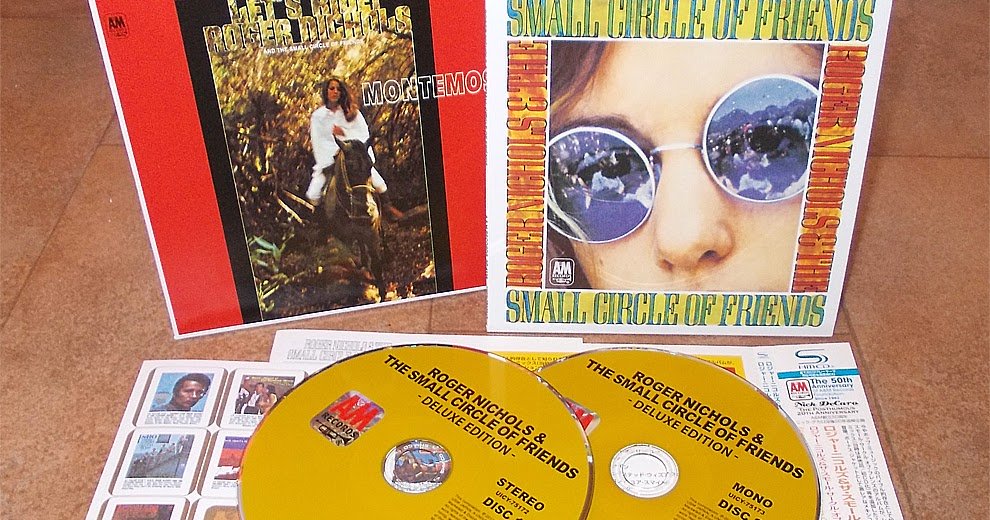 Rudy said:
It's a shame he didn't have a second A&M album. There were enough tracks from the singles that they could have filled almost another side of an LP, and he probably had plenty more in the can he could have recorded.
Click to expand...

The RevOla liner was culled from interviews from Roger, Tom LiPuma, Tony Asher, Paul Williams, and Jerry Moss -- so I wager the content is as accurate as their memories were at that time (2004)... Four immediate takeaways: (1) Nobody liked the cover art. Jerry conceded that it wasn't one of A&M's best efforts... The rock festival front and cowboy hats on the rear was confusing and in no way represented the music -- which contributed to disappointing sales. (2) A&M apparently did not promote the LP in the trades. (3) The group would not tour to support the LP, which did not sit well with A&M. (4) Chuck Kaye introduced Paul Williams to Roger and they immediately "hit it off" and started writing together.


Harry said:
While Nichols waited for Li Puma to finish producing the Sandpipers and Claudine Longet, he wrote an instrumental for Alpert that he promptly recorded a week after hearing it.
Click to expand...

That would be summer 1966. Although Roger didn't say whether or not that he wrote Treasure specifically for Herb, he surely arranged the demo for his ears. In any event, in the Steve Stanley (RevOla) interview notes Roger said that right after Herb recorded the song was when he went under contract and cut his first session, 23SEP66.


Bobberman said:
I love this it does seems Herb almost did his version true to this demo
Click to expand...

The demo is exciting to hear from a trumpeter’s perspective, too. The session trumpeter plays it straight-up with no stylistic flair whatsoever. (Relative to the straight-ahead session trumpeter’s reading, we immediately note how instantly recognizable Herb’s singular style is. As Miles said: "you hear three notes you know it’s Herb Alpert".)
Last edited: Apr 18, 2021

You guys really think this track is from 1966 or 1967? Sounds like someone played the whole thing on a midi keyboard with their labtop.

Staff member
Site Admin
A YouTube video isn't going to have good sound quality. These are demos from the Roger Nichols vault.
J

This demo sounds sooo close to what Herb recorded that maybe Nichols should have gotten co-arranger credit! (No offense, Herb!)
The only difference between his and Nichols' version is the non trombone in Nichlos' demo. Of course as we know Bob Edmondson came in effectively on the TJB's ultimate release of "Treasure". But to be fair, Herb's version sounds more resounding, more grandstanding. Also missing from the demo is Nick Ceroli's(or Edmondson's ?) yell at the end of the song.

jazzdre said:
This demo sounds sooo close to what Herb recorded that maybe Nichols should have gotten co-arranger credit!
Click to expand...

Agreed! Herb is known for re-tooling songs, but that didn't occur here. On the other hand, his arrangement of Love So Fine was quite different than Nichols' version.

Staff member
Site Admin
The Nichols version was recorded more like a demo--no embellishments, but a clear statement of the melody and the harmonies that Nichols was considering when he penned it. Many demos are like that--they feel "stiff" for lack of a better term. But their purpose isn't to entertain--they're to sell music. Herb has that instinct where he heard what worked on the Nichols demo and added to it, rather than completely redoing it. It was a good call!

In contrast, "Love So Fine" would already have been an existing, released recording, so there was no need to reiterate it with a copycat version. (Besides, the Small Circle version is more like a lost Motown hit single, and Herb didn't record in that style.) If anything, Herb reused the TJB arrangement with some modification on the Pete Jolly album that he produced.
You must log in or register to reply here.