¡Que siga la fiesta! · From USA
Village idiot.
Staff member Site Admin
Today we lost the legendary drummer for the Rolling Stones, Charlie Watts. In addition to working with the band for almost 60 (!) years, he also played on many side projects, as Watts originally had started out as a jazz drummer before taking up with some scraggly blues fanatics and working in one of the longest working rock bands in history. 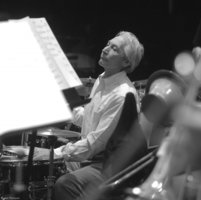 ​
I will be the first to admit that I'm not a huge fan of the Stones, but there are certain eras and tunes from their catalog that I'm quite fond of. For instance, during the earliest days of CDs, the Hot Rocks set was released on two separate CDs and I found that I really warmed to that first disc, which was primarily an anthology of their earliest albums. I realize that the later albums like Let It Bleed, Beggar's Banquet, Exile on Main Street, etc. are highly regarded but outside of a track or two, I don't really find as much to enjoy on those as I do on their other albums. If anything, I'm more a fan of the anthologies than I am of the individual albums.

With that in mind, I wanted to highlight a handful of the Stones' recordings over the years, favorites of mine that all feed on the rock-steady groove supplied by the great Charlie Watts. While many today are mourning the loss of Mr. Watts, let's turn the tables and celebrate some of our favorite tunes he played on. (And please excuse me for not listing "Brown Sugar" and "Start Me Up" here--radio has overplayed both to death and ruined them for me.)

Here, in no particular order, is a selection of Stones songs I enjoy. In the comments, feel free to add your own favorites!

I freely admit to never having purchased a Rolling Stones album. They were played so much on the radio when I was younger, that I never felt the need. While I don't consider myself to be much of a fan as such, they did have a number of hits that I enjoy. In addition to the aforementioned "Paint It Black" (that I discovered through the TV series "Tour Of Duty"), "Miss You", and "Jumpin' Jack Flash", I also like "Honky Tonk Women", "It's Only Rock 'N' Roll (But I Like It)", "Ruby Tuesday", "You Can't Always Get What You Want", and "Tumblin' Dice". RIP Charlie Watts...

Staff member
Site Admin
I'm sure that Mr. Watts' family, friends, and fans are saddened, and I wish them all well at this time. Personally, I have had very little "contact" with The Rolling Stones over the years. They just never did anything for me and are an example of the generally the kind of "rock and roll" that I shied away from.

Usually when a "name-brand" artist passes away, I'll do a search to see what I've accumulated in my computer's music library. With the Rolling Stones, I seem to have very few.


In my years in radio, the first three decades were pretty soft, so Rolling Stones rarely fit in. In my final decade of Classic Hits and Classic Rock, I heard a lot more Rolling Stones - but that still never enticed me to acquire any of their stuff.

But, I hear that Mr. Watts was a pretty good drummer, and the world will surely miss someone of his caliber. RIP.

Staff member
Site Admin
Thread Starter
Charlie Watts and fellow drummer Jim Keltner composed this piece and recorded it for a radio broadcast in Copenhagen, which was soon released on the Impulse! jazz label. It features the Danish Radio Big Band. The album also includes three Stones hits and two standards. Here is the Elvin Suite, Parts 1 and 2.

And here's a performance with vocalist Bernard Fowler, doing "I've Got A Crush On You."

There are several Stones tunes that stand out for me their early hits such as "Mothers Little Helper" 19tb nervous breakdown ( they did some humorous takes on social commentary long before it became Fashionable) I also like the US version of the Aftermath lp plus Ruby Tuesday ,Brown sugar, Waiting on a friend Hang Fire. Angie Jumping Jack Flash. Play with fire. Lady Jane these are just a few examples I lost track of the stones after their 1983 release "Undercover' but I enjoy more of their older music nevertheless Rest in Peace to Mr Watts and my condolences to his family
R

I have to pick Charlie's drumming and cymbal work on Gimme Shelter as my favorite.
You must log in or register to reply here.