Staff member
Site Admin
Thread Starter
This is an A&M production released in Great Britain and Australia, but as far as I can tell, not in the US. As you can guess from the title, it hails from around 1970. The Australian version has a slightly different title, but the artwork and music are the same. I've latched onto a UK version, which has the same picture front and back. 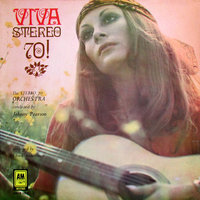 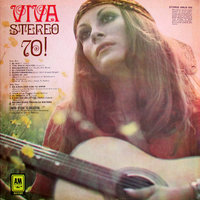 The first time I encountered this act was on the UK Christmas release called MERRY CHRISTMAS, DARLING. It was an updated version of SOMETHING FESTIVE, placed on two LPs, with just about all of the Herb Alpert & The Tijuana Brass CHRISTMAS ALBUM interspersed with most of the rest of SOMETHING FESTIVE. I think it left out the Bacharach version of his Christmas song and included Herb's.

Also present on that 2 LP set was "Song Of Joy" by the London Stereo 70 Orchestra. I'd never heard of that act at all and it sounded almost like the instrumental version of the Miguel Rios hit. Sometime in an old post, our friend from Scotland, @TonyCurrie , informed us that this orchestra was being led by his friend Johnny Pearson and wondered if anyone over here had ever heard of the LP.

A couple of years ago, I found another international-type A&M compilation from Mexico called NADIA'S THEME. The Mexican version included Herb Alpert's "El Bimbo", and I sought one out just to have that track on an LP. It came fairly beaten up, but I did spot another odd track on it that was not on our version of the album called "En Aranjuez Con Tu Amor" by the London Stereo 70 Orchestra. The song is also known as just "Aranjuez (Mon Amour)" on Herb's RISE album.

Listening to that recently, I decided to go search for the full album. Most were located in England of course, so to avoid higher shipping, I located one up in New England somewhere. It arrived yesterday, and I've spent yet another day this week needledropping an old album.

This one presented some challenges. The cover is in real nice shape and the LP looks decent, but there's a lot of noise in them thar grooves.I did the best I could to clean it up and it sounds presentable, but not perfect.

Side One:
El Rio - this song is also on the Miguel Rios album and his version is on the flip side of his hit single. This is an instrumental, as are all songs on this album.
The Music Played - pleasant track
Masquerade - done by Sergio Mendes & Brasil '66 on YE-ME-LE
El Condor Pasa - familiar to most as done by Simon & Garfunkel
Guantanamera - an interesting variation of the Sandpipers hit
Song of Joy - Beethoven!

Side Two:
El Aranjuez Con Tu Amor - familiar song that here sounds like an old Chrysler Cordoba ad. (Rich, crushed velour, and soft Corinthian leather!)
Viva (Viva Tirado) - El Chicano had a hit with this instrumental around this time.
El Seneca - uptempo Spanish-sounding track with a flamenco guitar intro that sounds like the opening to Lani Hall's "Era Uma Vez Um Caso"
I Can See Only You - the Roger Nichols song familiar from his Small Circle Of Friends album
Bridge Over Troubled Waters (sic) - the Simon & Garfunkel song done in grand instrumental style as the big finish to the album

Overall, this comes across largely as true elevator-style easy listening much of the time, but there are flashes of things that make it an interesting listen.

Harry said:
Sometime in an old post, our friend from Scotland, @TonyCurrie , informed us that this orchestra was being led by his friend Johnny Pearson and wondered if anyone over here had ever heard of the LP.
Click to expand...

I wonder how Tony's doing. I remember he'd had a spell in the hospital a while back.

Staff member
Site Admin
Thread Starter
I've been contacted by another fan of these albums and compilations. He's sent me images of the SIMPATICO release: 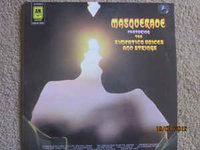 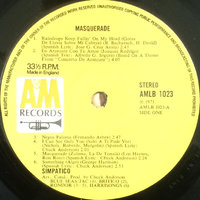 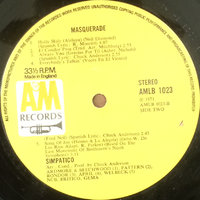 A note: There is a USA made pressing run of "Viva Stereo 70" in the wild. Uses the UK A&M/Mayfair stampers and a USA style cover and USA A&M inner sleeve. 1973 vintage.
You must log in or register to reply here.