I spent a good part of the last few days spinning Frank Sinatra's WATERTOWN. I've had an LP copy of it for years (from the radio station), but never sat down and listened to it as a whole.

This is an incredible album. It's a rather depressing concept album about the breakup of a marriage with all tracks composed by Bob Gaudio & Jake Holmes, and Frank was in the twilight of his career when he did this, so his voice cracks a bit in spots, but like Herb's vocals, it comes off as sincere.

There are no big hit singles on the album. Here's the track-list:

From years of working at a radio station that had an hour of Sinatra daily, I can recall hearing "For A While", "I Would Be In Love (Anyway)" and "Elizabeth" from time to time, but never in the context of the whole song-cycle album.

My LP was a little noisy, so I had to clean it thoroughly first to get rid of the "Rice Krispies", then spent the better part of yesterday cleaning the tracks further with Audacity. There are still some unfortunate ticks and pops that I can't seem to get rid of without destroying the sound, so given that I've become quite enamored of this album, I've sought out a CD copy that should be here in the next week or so.

At least my LP is an original-issue gatefold cover with the embossing on it. From what I understand the album didn't sell all that well and wasn't well-received critically either upon release, but there are more and more people signing on the Watertown bandwagon all the time. If you find 36 minutes or so, give this one a listen, straight through. Follow along with the lyrics if you can. You may be left teary-eyed by the end.

Harry, I have quite a few Sinatra CDs, but I've always been hesitant to buy "Watertown" because it looked depressing. I'm more into the swinging Sinatra albums. Is Watertown along the same lines as the "Only the Lonely"?

Staff member
Site Admin
Thread Starter
I've read that ONLY THE LONELY is somewhat similar in its "downer" mode, but WATERTOWN actually tells a full story. You get to know this man, his kids, his ex-wife, and the town around him through the lyrics of the songs. That's what's fascinating to me, how this thing tells a complete story. In fact, I've read that there were initially plans to make this into a TV special of some sort - an hour special or maybe a Movie Of The Week, but those plans fell through when the album wasn't widely received.

I can tell you there's not much "swinging" in this album. It's definitely a late-at-night, sit-in-the-dark, two-hanky album.

There are even two popular theories on the whole wife-left-him scenario - one, the obvious that she divorced him; the second is that she may have passed on and he hasn't accepted it yet. There are lyrics to support both theories.

Staff member
Site Admin
I should see if I still have a copy of Watertown somewhere. I think my dad may have had a copy (although I don't remember him ever playing it), and my mom's aunt also had a copy, as she had most of the Sinatra albums.

I think like you said, his other Capitol albums that were in the downtempo mode were more of the "lonely man crying in his beer" variety. They're all good BTW--I've liked those, but have to be in a quieter mood than, say, for Come Dance With Me.

Staff member
Site Admin
Thread Starter
The gatefold album cover pen & ink drawing by Ove Olsen could actually be a representation of the opening song "Watertown" and the final song "The Train." There are possible interpretations that both songs take place in the same few minutes of time, with the rest of the album being a flashback.

Here are the back and front stitched together to make one large image:

You can see the town on a rainy day, with the "Man" facing away from the train platform looking toward his kids on their way home from school. Through the drawing, our point of view is straight on the train-track with the departing train leaving town in the distance. I believe this is the only Sinatra album to not feature any actual pictures of the singer.

The original gatefold cover is textured with the words embossed. Classy!

Harry, even though this isn't an A&M album, I think you should have made this a seperate thread. It's a lot of good info worthy of it's own thread and Frank Sinatra is such a universal figure I'm sure all music lovers would enjoy it. As it is after a few more what's spinning posts this will all be lost in the sauce.

Staff member
Site Admin
OK, I gave the album its own home now.

Staff member
Site Admin
Thread Starter
I'm still pretty much obsessing over this album, listening to it every chance I get, and the songs continue to haunt even in those times when I'm not listening. "Haunting"... a good word.

I've not yet gotten the CD, so I haven't heard the "bonus track" that was included on some CD editions. The song "Lady Day", which had originally been done in the WATERTOWN sessions was left off the LP and then Frank re-did the song for his SINATRA & COMPANY album.

CD compilers then rescued and mixed the track for release of the earlier CD's of WATERTOWN. Apparently there are those on both sides of how or whether the song fits into the story featured on the album. It's placed as a last track on the CDs, and there are suggestions galore as to where it might fit better.

Staff member
Site Admin
"Lady Day" was a nickname for Billie Holiday. I wonder if the song has anything to do with that.

Many of the tracks from the WATERTOWN album are over on Youtube, but the sound quality is largely awful, and a couple of the key tracks are missing.

Staff member
Site Admin
Thread Starter
The CD of WATERTOWN arrived within the past week, and I've given it several thorough listens. Now I can understand why some are critical of the technical sound of this CD, and from what I've read, the newer issue uses the same exact late '90s mastering. There's a bunch of distortion is some of the louder middle-range passages, and it sounds like some noise reduction was applied. So, for technical sound purposes, a clean LP would be the way to go on this one. I wish mine were cleaner...

Staff member
Site Admin
Thread Starter
Some years later, I have obtained a sealed copy of WATERTOWN and have done my best with a needledrop. I think it sounds better than the Reprise CD. At least the instances of No-Noise aren't there and it sounds a lot more natural. I just listened to the whole thing as I was driving around this morning. It's a killer album, very underrated.

There's now a whole website devoted to this one album, called Watertownology.com. Watch out for automatic audio when you go there, though.

They seem to be out of stock already, perhaps underestimating the demand.

Staff member
Site Admin
Amazon's ability to stock vinyl is usually lacking. Music Direct gives 1-2 days for availability, probably just the time needed to order it in from the distributor.

Given it's a Reprise release, it probably uses the same mastering as the last CD issue, and cut from a digital source, so chances are it will not be any improvement. If a label like Mobile Fidelity had done it, they would at least go back to original tapes and started there, bypassing the crap mastering of some of the CD issues.

Staff member
Site Admin
Thread Starter
WATERTOWN has finally gotten some more attention and has gotten a remix. It's being re-released in early June. All tracks have been newly mixed from the original session tapes, CD & digital deluxe editions include previously unreleased bonus material with session outtakes & "Lady Day," a tribute to Billie Holiday, not included on the original album. 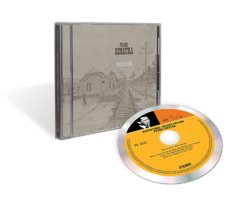 There is also a new LP vinyl version. 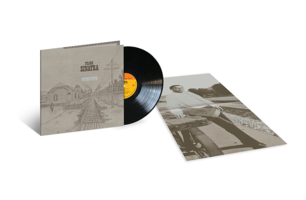 The first two tracks are out there on YouTube so you can sample the remixing. The jury is still out for me, but it's good to hear the album in not so much of a muddy state. The old original LP was less muddy than the old CD, but finding the quietest vinyl was always problematic.

Amazon originally had it listed as coming on June 10th, but today they've upped the estimate to June 3rd.

Staff member
Site Admin
Thread Starter
The CD is due to arrive today, and the full remixed album is on a playlist at YouTube.


I think the remixing works for this album. The orchestral parts had been a bit muddy before and now sound much more distinct.

Harry said:
I spent a good part of the last few days spinning Frank Sinatra's WATERTOWN. I've had an LP copy of it for years (from the radio station), but never sat down and listened to it as a whole.

This is an incredible album. It's a rather depressing concept album about the breakup of a marriage with all tracks composed by Bob Gaudio & Jake Holmes, and Frank was in the twilight of his career when he did this, so his voice cracks a bit in spots, but like Herb's vocals, it comes off as sincere.
Click to expand...

Hands down my favourite Sinatra LP -- and the only one where he tracked his vocal. That last song, The Train, never fails to pull a tear from my eye...as his voice emotes the downward plunge from seemingly impending joy...to reality of anguish and despair. The LP is truly a pop masterpiece (a word I rarely use): there's not a remote misstep on the LP. It's truly a 5-Star work.
You must log in or register to reply here.